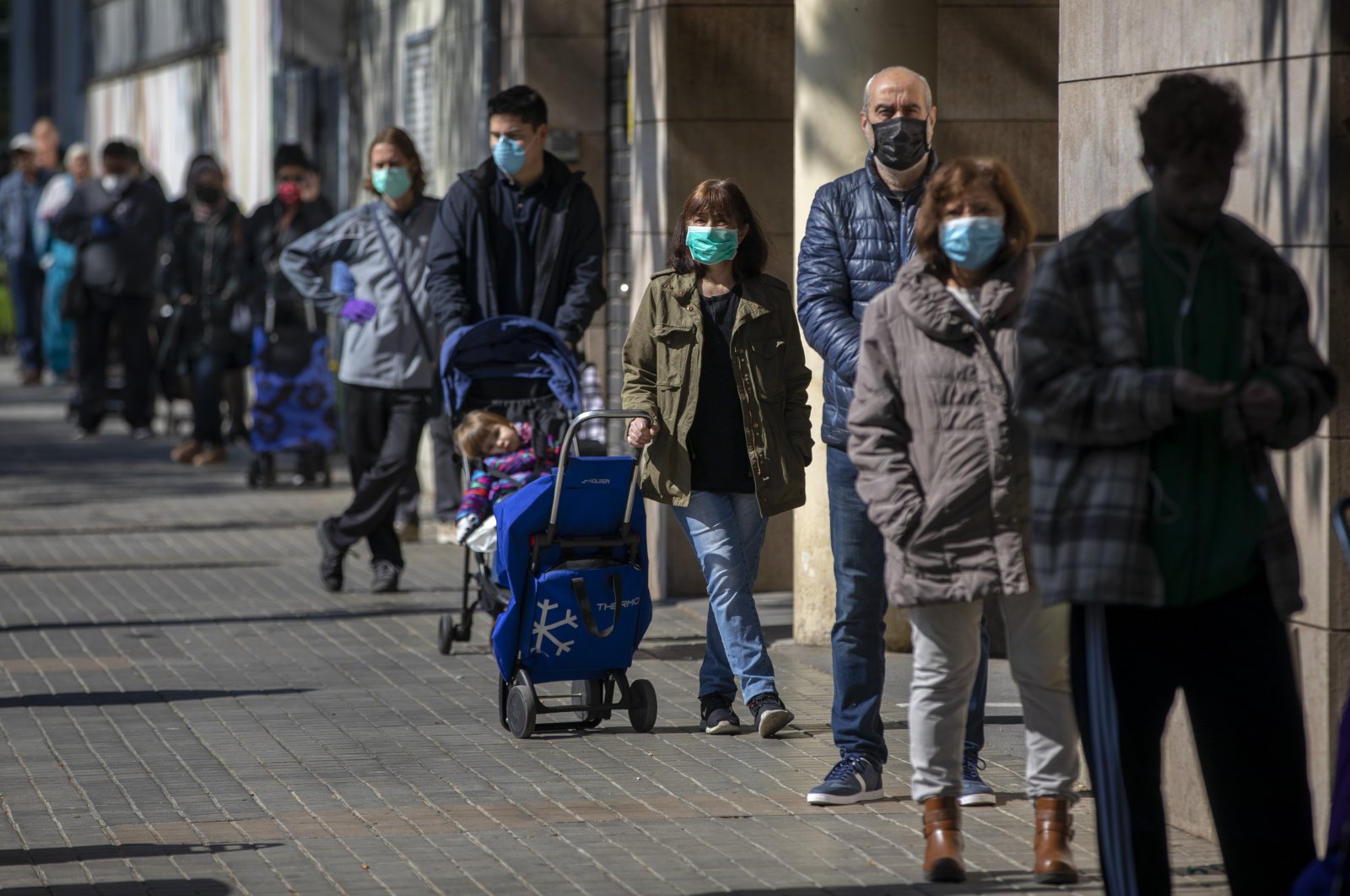 “Thank you #Turkey @MevlutCavusoglu 4 authorizing the export of Turkish respirators bought by two of our Autonomous Communities Navarra & CastillaLaMancha in view of the urgency in we appreciate the gesture of a friend & ally,” she said on Twitter.

Talking to local television Cuatro a few minutes before her tweet, Gonzalez Laya said she "strongly" rejects all "unfair" and "inaccurate" accusations against Turkey, criticizing remarks of the opposition parties and media reports.

"It should be known that such statements used by the press, political parties and the public are harming our bilateral relations (with Turkey)," she added.

On Friday, some Spanish media outlets claimed that Turkey blocked medical cargo heading to Spain, including 150 ventilators purchased by Spain amid the COVID-19 outbreak. However, Turkey had issued a regulation restricting the export of these types of medical equipment before Spain's request.

Foreign Minister Mevlüt Çavuşoğlu also shared a message on Twitter on Saturday. “Will always stand by friendly Spain. Will overcome these difficult times together,” he wrote.

"Confiscating (medical) products is an ugly accusation,” Çavuşoğlu also said in a live broadcast and added that the Spanish Foreign Ministry corrected reports as well.

"We have authorized (export of) 116 ventilators to Spain following the instructions of the Health Ministry, and they will be sent to Spain in the coming days," he added.

Regarding the delivery of medical supplies, Çavuşoğlu said they have a list of 94 countries asking for 41 different supplies. "We cannot meet all of these demands. We have sent different materials to 23 countries," he said, pointing out that the country's Health Ministry is looking to meet the needs of Turkey as a priority.

Çavuşoğlu also said the government is still working on the situation for Turkish citizens abroad. "We have brought 25,000 citizens from 55 countries back to Turkey," he said, stating that these people have been placed under a 14-day quarantine.

The virus has so far claimed the lives of 156 Turkish citizens living abroad, while almost 50 of them were brought back to the country.

The minister urged citizens to take measures seriously and not see them as a punishment. "We take these measures for the good of our citizens." Regarding the call to a complete 24-hour curfew, he said Turkey will overcome this pandemic.

Turkey currently has 24-hour curfews for people under the age of 20 and for those age 65 and over among other measures such as the quarantine of 31 of Turkey's 81 provinces, barring citizens from leaving their cities.

The 3 million euro (around $ 3 million) medical shipment purchased by Spain's Castilla y La Mancha and Navarra autonomous administrations from a Turkish company was delayed due to the restrictions on the export of medical supplies in Turkey for using all possible equipment to combat the coronavirus inside the country.

Earlier in the day, the Spanish Foreign Ministry made another statement, saying Spain is aware of "restrictions imposed by Turkey for the exit of medical devices due to the worrying evolution of the pandemic in that country and the decision to deny all licenses for the export of medical devices, including those destined for EU countries."

The statement noted that Turkey had sent a "significant donation" – plane-load of medical supplies, which arrived in Spain this week to assist in the fight against the pandemic.

In response to the sanctions, a request has been made for the export licenses for the material already purchased, it said, adding: "Spain appreciates that the Turkish authorities have authorized most of the pending export licenses."

"The only license not authorized to date is the one relating to ventilators purchased from a Turkish company by the Governments of the Autonomous Communities of Castilla La Mancha and Navarra, suspension conditioned by the risk of a shortage of ventilators in Turkey," it said.

The ministry stressed that Turkish authorities have "indicated their commitment to extend such licenses as soon as possible, as soon as the health situation has stabilized."

If the transaction does not take place, the Turkish company must return the amount paid, for the inability to deliver the goods, it added.

After originating in China last December, COVID-19, the disease caused by the coronavirus, has spread to at least 181 countries and regions across the world, with its epicenter shifting to Europe.

The pandemic has killed over 64,000 people, and infected over 1.1 million, while almost 246,000 people recovered from the disease so far, according to figures collated by the U.S.-based Johns Hopkins University.