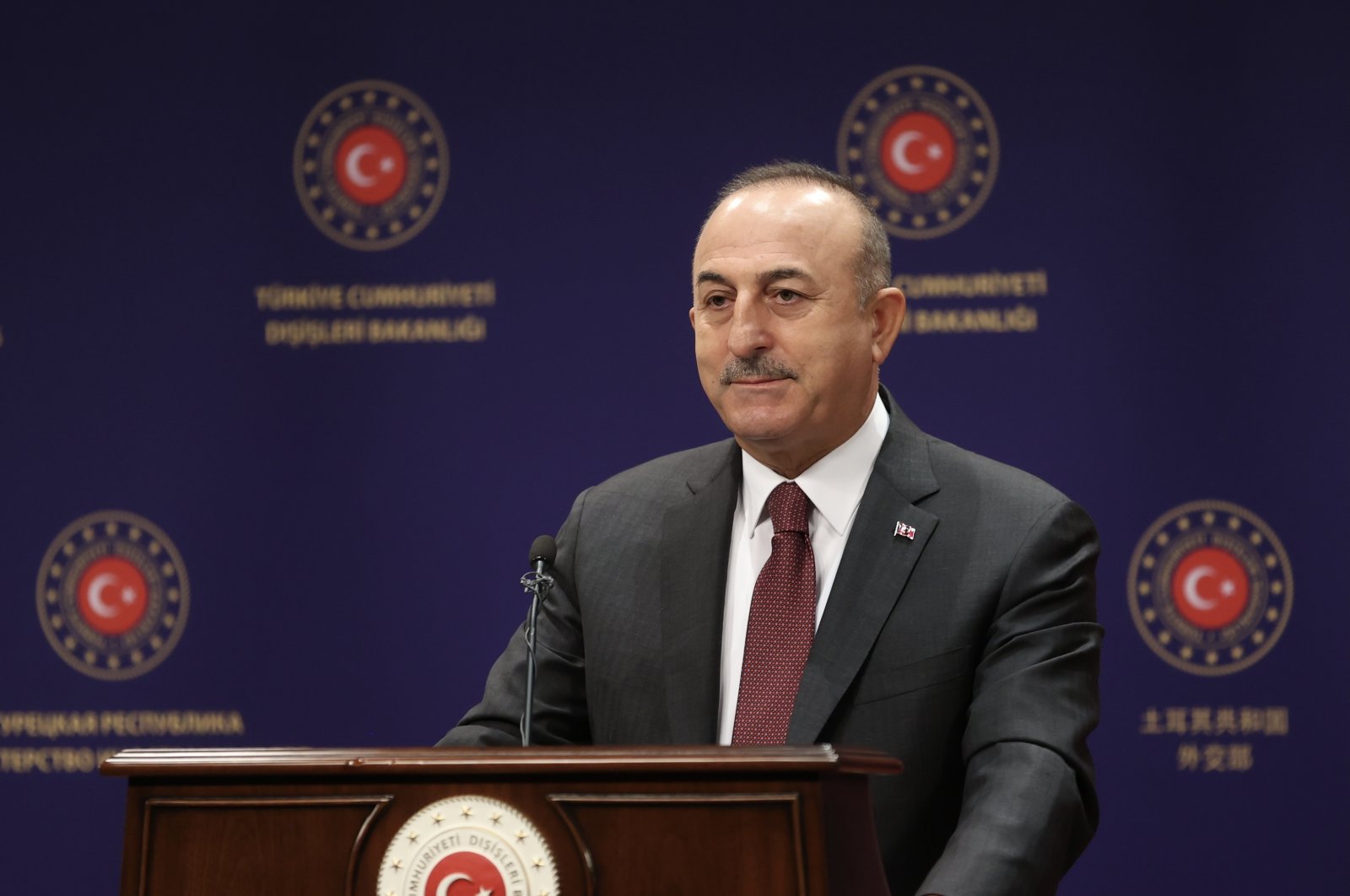 The procedures to expel 10 ambassadors had already started, Foreign Minister Mevlüt Çavuşoğlu said Thursday, referring to the envoys that issued a statement urging the release of Turkish tycoon Osman Kavala – a move that was highly criticized by President Recep Tayyip Erdoğan and other authorities.

“We were to submit works for their expulsion at the Cabinet meeting on Monday, but the ambassadors took a step back,” Çavuşoğlu said during an interview with CNN Türk.

“Panic started after the president’s statements. Then the ambassadors started to blame each other, some blamed their aides,” he added.

Erdoğan last week said he instructed the Turkish foreign minister to declare the ambassadors of 10 countries to Turkey as persona non grata after their statement calling for the release of Osman Kavala.

"I have ordered our foreign minister to declare these 10 ambassadors persona non grata as soon as possible," Erdoğan said, referring to a term used in diplomacy that signifies the first step before expulsion.

Kavala, a Turkish businessperson, has been imprisoned for four years for his alleged role in the 2013 Gezi Park protests and subsequent riots.

The embassies of the United States, Canada, France, Finland, Denmark, Germany, the Netherlands, New Zealand, Norway and Sweden called for Kavala's release in a joint statement.

Turkey's Foreign Ministry summoned the ambassadors of these countries on Tuesday, accusing them of meddling in the Turkish judiciary.

However, on Monday, the embassies said they respect the laws and regulations of Turkey.

Embassies, including the U.S., said: “In response to questions regarding the Statement of October 18, the United States notes that it maintains compliance with Article 41 of the Vienna Convention on Diplomatic relations.”