10 envoys to be declared persona non grata over Kavala: Erdoğan 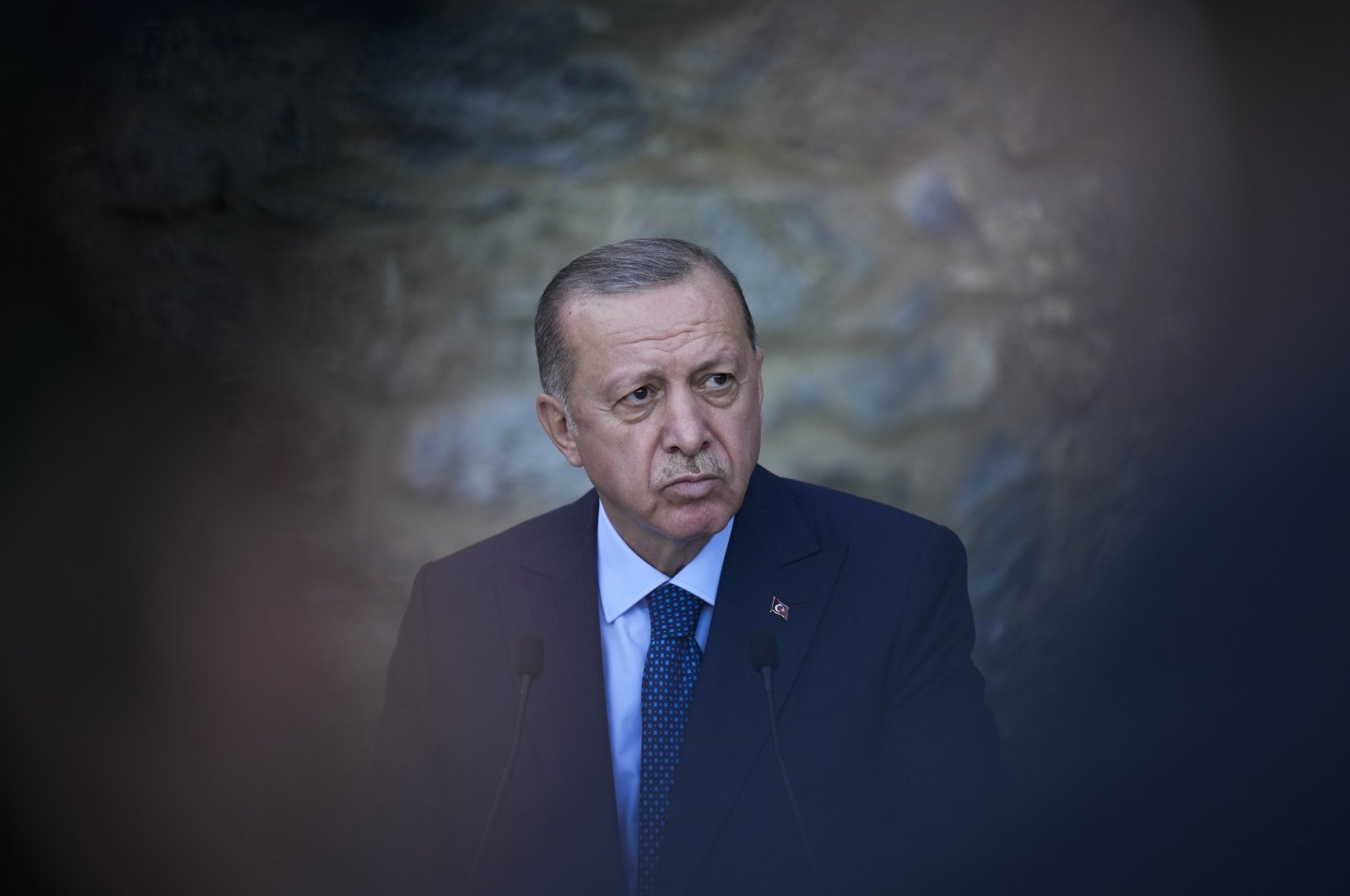 President Recep Tayyip Erdoğan asked Turkey's foreign minister to expel the envoys of 10 Western countries, including Germany and the U.S., who interfered in the case of a jailed businessperson by demanding his release, in an escalating dispute with the countries, most of which are also NATO allies

President Recep Tayyip Erdoğan on Saturday said he instructed the Turkish foreign minister to declare ambassadors of 10 countries to Turkey persona non grata after their statement calling for the release of Osman Kavala.

"I have ordered our foreign minister to declare these 10 ambassadors as persona non grata as soon as possible," Erdoğan said, referring to a term used in diplomacy which signifies the first step before expulsion.

"They must leave here the day they no longer know Turkey," he said, and accused them of "indecency."

On late Monday, the embassies of the United States, Canada, France, Finland, Denmark, Germany, the Netherlands, New Zealand, Norway and Sweden called for Kavala's release in a joint statement.

Turkey's Foreign Ministry summoned Tuesday the ambassadors of these countries, accusing them of meddling in the Turkish judiciary.

In a statement, the ministry said that "a group of ambassadors in Ankara, who issued a joint statement last night, contrary to diplomatic practices, regarding an ongoing case in our country, were summoned to the Ministry of Foreign Affairs this morning."

Ankara also pointed out that the decisions of the European Court of Human Rights (ECtHR) are often ignored and not implemented, saying that focusing only on cases related to Turkey to keep the Kavala case on the agenda at all times is "an insincere and double-standard approach" and that the ambassadors had been warned to "stay within the responsibilities of their duties."

Several European countries said late Saturday they had yet to receive an official notification from Turkey.

"We are currently in intensive consultation with the nine other countries concerned," the German Foreign Ministry said. "Our ambassador has not done anything that would justify the expulsion," Trude Maaseide, spokesperson for the Norwegian Foreign Ministry told the media in her home country.

The U.S. was aware of the reports and was seeking clarity from the Turkish Ministry of Foreign Affairs, a State Department spokesperson said.

The current U.S. Ambassador David Satterfield was appointed in 2019. The nomination of his replacement, Jeff Flake, was approved by the Senate Foreign Relations Committee Tuesday.

The European Parliament's Turkey rapporteur Nacho Sanchez Amor Saturday tweeted that it was not "they," referring to the ambassadors and their governments, who were demanding Kavala's release, but rather that it was the ECtHR.

He said that he came to Istanbul recently and asked for Kavala’s release in a press conference and three different interviews.

Last month, the 47-member Council of Europe – of which Turkey is a member – said it would start infringement proceedings against Turkey unless Kavala is released before its next committee of ministers meeting in November. The infringement proceedings could result in punitive measures against Turkey, including its possible suspension from the organization. The ECtHR called for Kavala's release in December 2019, claiming that the detention was aimed to silence him. The U.S. also previously called for his release in February.

Kavala and eight others accused of organizing the Gezi Park protests in 2013 were acquitted of all charges in February 2020 but an appeals court overturned that ruling in January. A court recently ruled that he will remain in prison until a hearing scheduled for Nov. 26 takes place to determine whether he will be released. Kavala is also accused of involvement in the failed 2016 coup attempt. Those charges were combined with the Gezi case in February.

Hundreds of thousands of people marched in Istanbul in June 2013 in what began as a peaceful protest against a plan to build a replica of an Ottoman barracks on Gezi Park, located near Taksim Square in the city's central Beyoğlu district. Following the police response to control the protests, the movement grew into demonstrations and riots the spread across the country against the government of then-Prime Minister Recep Tayyip Erdoğan.