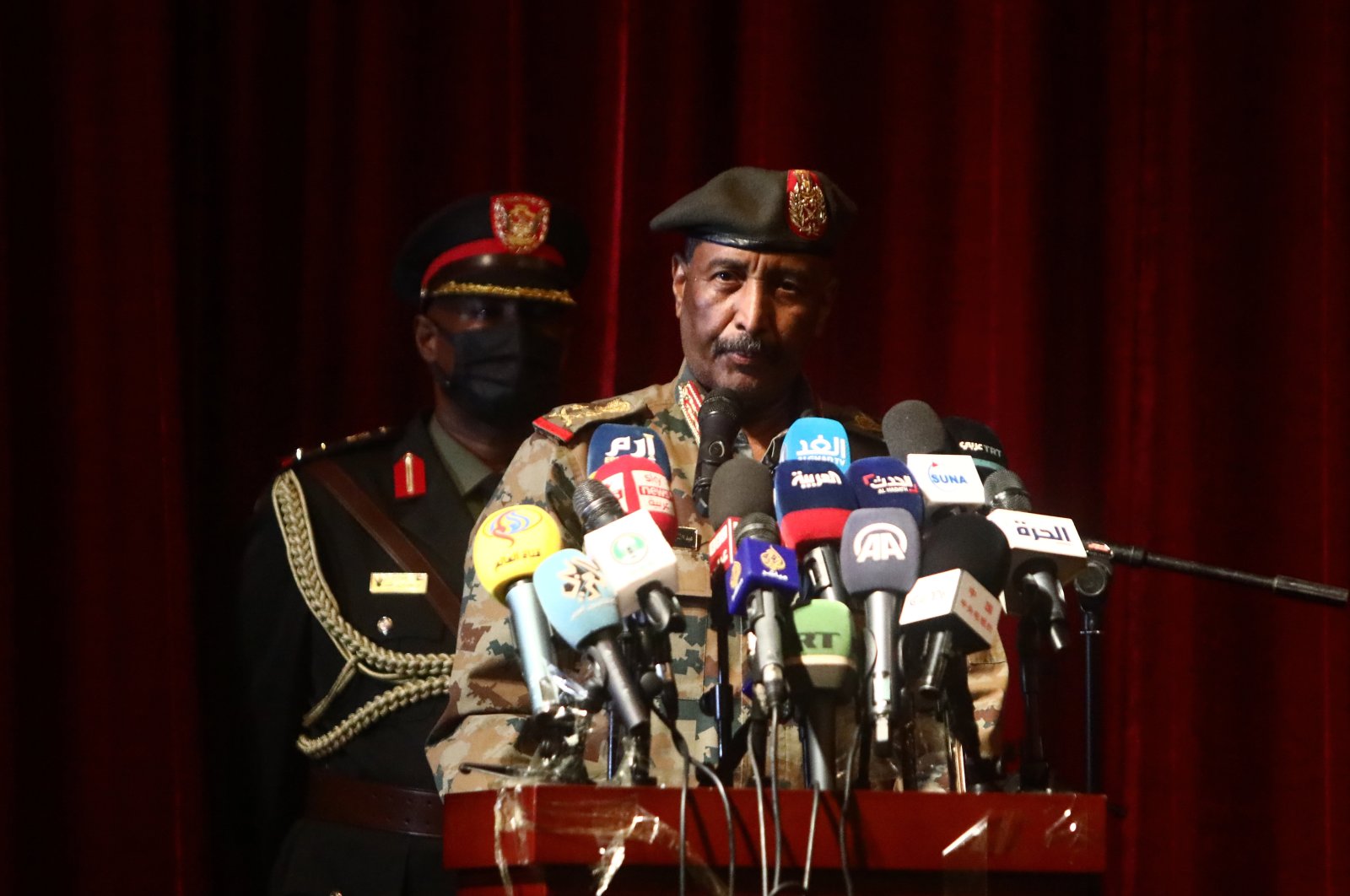 Sudan said Saturday that the visit by the chairperson of the country's Sovereign Council, Abdel Fattah al-Burhan, to Turkey was part of efforts to expand the scope of cooperation between the two countries.

"The visit clearly confirmed the Turkish leadership's interest in the relationship with Sudan and its respect of the choices of the Sudanese people and its support for the transitional government," Foreign Minister Mariam al-Mahdi said in remarks cited by a statement released by the Sovereign Council.

The statement said the visit also underlined the firm desire to build strong relations between the two sides "based on a strategic vision for a win-win equation."

On Friday, al-Burhan concluded a two-day official visit to Turkey, which came at the invitation of President Recep Tayyip Erdoğan.

Several agreements and memorandums of understanding were signed during the visit, mainly in the fields of energy, defense, finance and media.

Describing the visit as a "success," al-Mahdi said it came "within the framework of the strong historical relations that bind the two countries and the common desire to expand the horizons of cooperation between them."

Erdoğan said Thursday during a news conference with al-Burhan that Turkey "is committed to standing by the brotherly people of Sudan and their administration," expressing hope that al-Burhan's visit would herald in a new chapter in the friendly ties between the two countries.

The Turkish president also expressed his satisfaction with the removal of Sudan’s overdue debts to the World Bank, the African Development Bank and the International Monetary Fund (IMF), as well as with the inclusion of Sudanese banks in the international banking system.

Furthermore, Turkey and Sudan aim to reach a trade volume of $2 billion (TL 17 billion) in the next five years, Vice President Fuat Oktay stated Friday, underlining the potential of greater economic ties between the two countries.

During the Turkey-Sudan businesspeople narrow-scoped consultation meeting in the capital Ankara, Oktay said that bilateral trade volume reached $480 million in 2020.

He underlined that Sudan, with a young and dynamic population of 44 million and rich natural resources, is on its way to becoming a focal point in the region.