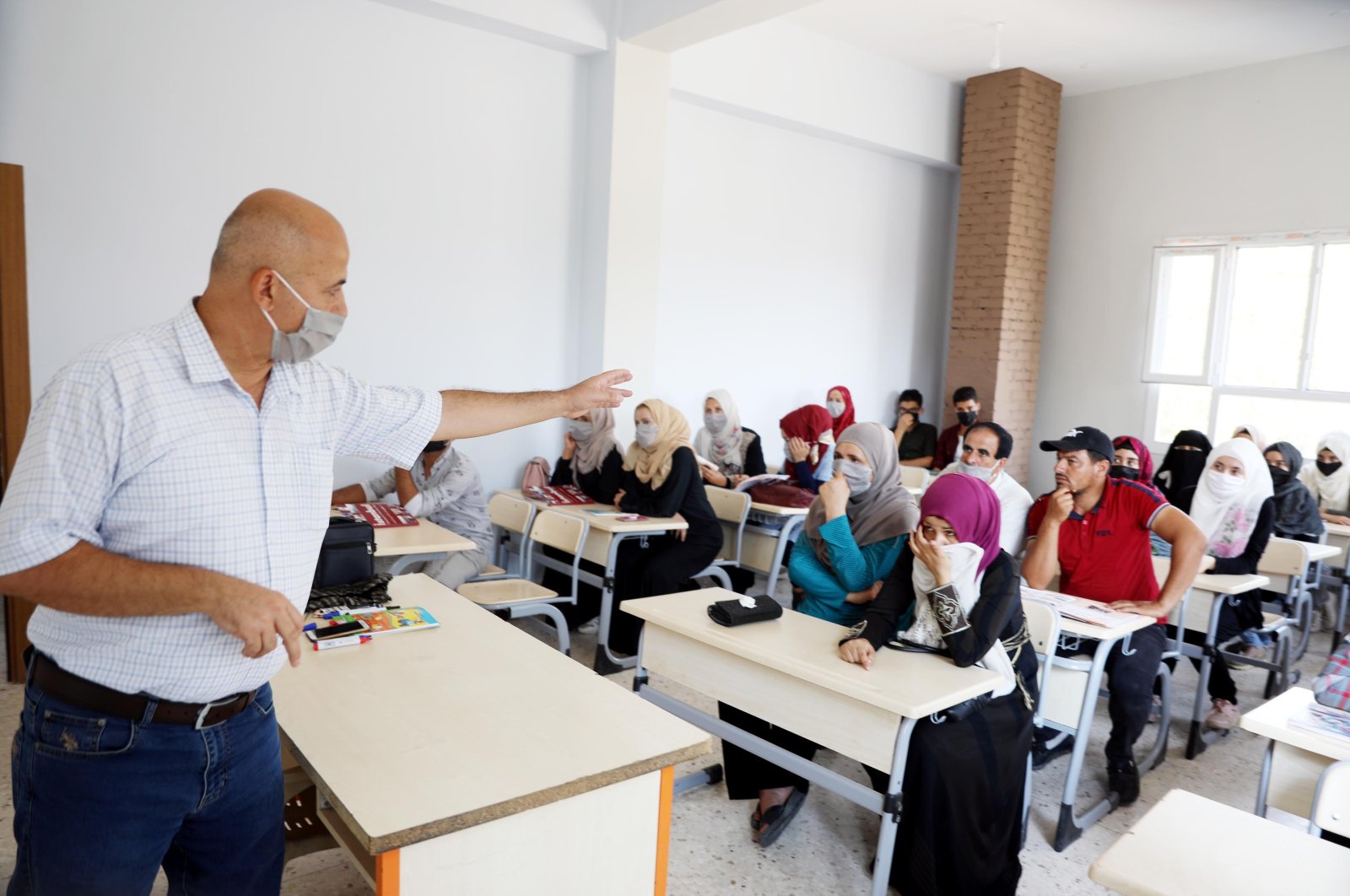 Civilians in the northern Syrian town of Ras al-Ain, which was liberated from the oppression of terror groups last year, have started to take Turkish courses in order to learn the language.

The courses were opened upon the requests of local people, who voiced their appreciation for Turkey and happiness to learn Turkish following the town's liberation from the occupation by the YPG, the Syrian branch of the PKK terrorist group.

Amid the relative calm that has prevailed as a result of Turkish security forces' presence in the town, there are currently 22 students taking Turkish courses in Ras al-Ain's public education center, which offers various courses in order to contribute to the personal development of the locals.

Syrian people who attended the courses voiced their appreciation for Turkey’s efforts, saying: “Turkey saved us from the terror trouble here. Thanks to Turkey, we have peace now. We are grateful to Turkey and want to learn the Turkish language.”

Eyüphan Çoğalan, a training officer giving Turkish lessons at the public education center, said that they came to the town after the liberation. Stating that they first reconstructed the education center building, Çoğalan said: “We opened various courses in our center for the people to quickly return to their old days. In addition to this, we opened a Turkish course. We decided to address the citizens’ need for learning Turkish. Students are very eager and successful. We also do our best."

"There are currently 22 students, and we have more than 200 new applications. We will open new courses for these applications," he added.

Turkey launched Operation Peace Spring on Oct. 9, 2019, to eliminate terrorist YPG/PKK elements east of the Euphrates River in order to secure Turkey's borders, aid in the safe return of Syrian refugees and ensure Syria's territorial integrity. As part of the operation, on Oct. 12, Ras al-Ain was officially freed of terrorist elements. However, after the liberation, it was found that many schools had been converted into military bases by the YPG/PKK, with some even hosting tunnels for terrorists to hide in and escape.

Since then, Turkish soldiers and institutions have implemented a wide range of measures to eradicate traces of terrorism in the liberated Ras al-Ain and Tal Abyad districts by repairing hospitals and schools, demining the region and, most recently, providing vital COVID-19 aid.