Taliban not to attend Turkey-led talks on April 16: Spokesperson 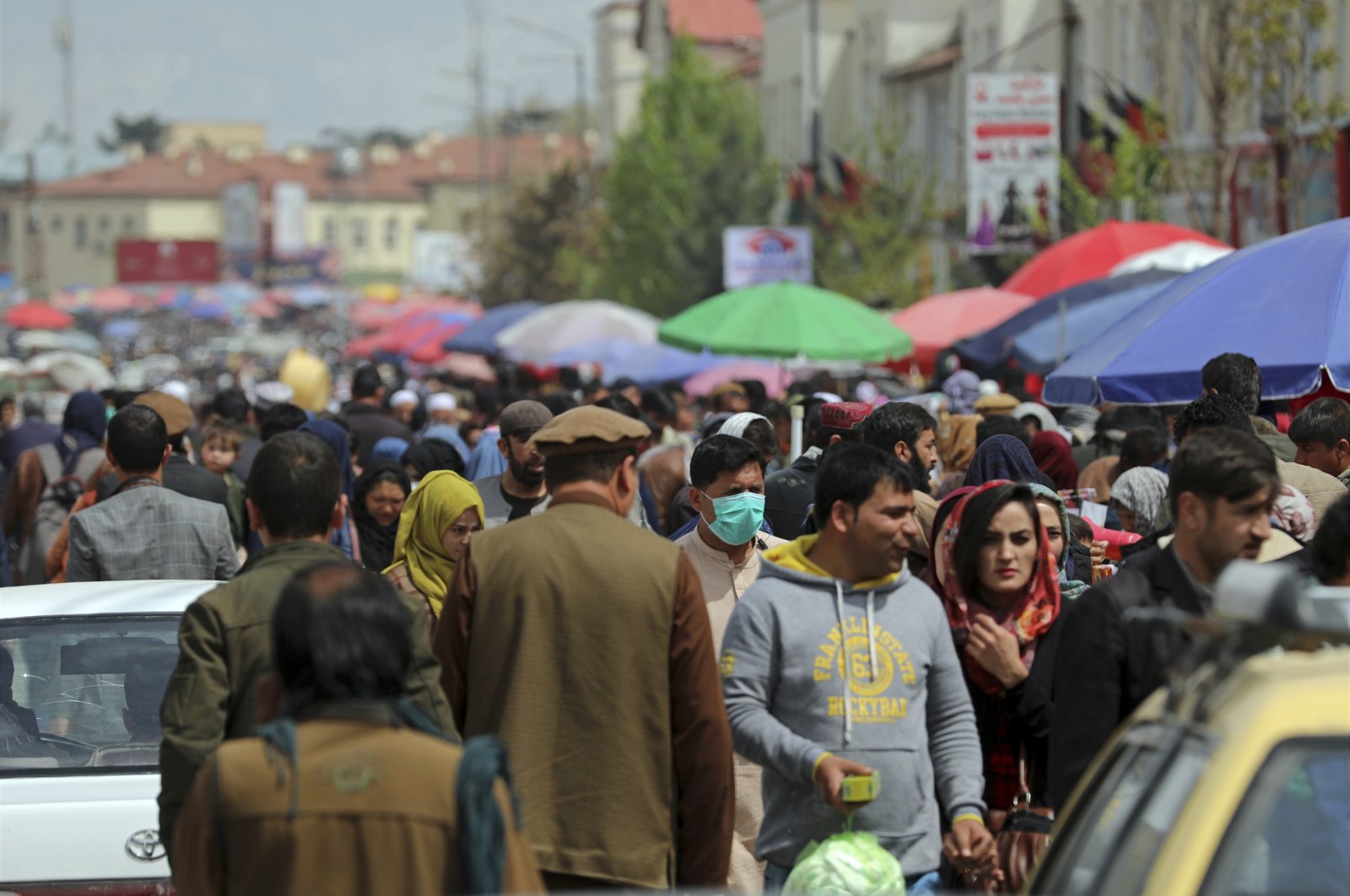 A man wearing a protective face mask to help curb the spread of the coronavirus walks among crowds in a street market in Kabul, Afghanistan, April 7, 2021. (AP Photo)
by DAILY SABAH Apr 12, 2021 4:29 pm
RECOMMENDED

The Taliban are "not ready" yet to participate in the Turkey-led conference on the scheduled date of April 16, due to their "consultations on the details of the event," spokesperson Mohammad Naeem said Monday.

According to TOLOnews, the spokesperson expressed that the Taliban are "reviewing the details of the Turkey conference agenda" shared with them by the United States.

The leadership of the Taliban have not made "a final decision on the agenda" and "the formation of its delegation" for the Istanbul conference Naeem said, and added that they will soon announce their stance on the issue.

“The Taliban have said that things will not move forward unless the issue of the withdrawal of U.S. forces from Afghanistan is made clear, therefore, I think that the Turkey conference will not be held unless these issues are made clear,” expressed former Taliban commander Sayed Akbar Agha on the issue.

The Afghan government Sunday announced that a cohesive and unified peace strategy had been finalized ahead of the planned peace talks set to take place in Istanbul.

The council said the strategy emphasizes strong regional and global guarantees to put an end to violence and war, and for the implementation of the peace agreement in Afghanistan.

On Saturday, Washington's special envoy for Afghanistan Zalmay Khalilzad held separate meetings with Afghan President Ashraf Ghani and Abdullah Abdullah, chairperson of the HCNR, as well as other senior officials.

In his meeting with Abdullah, the U.S. official said the world expects "Afghanistan to attend the Istanbul Conference with a uniform strategy," the HCNR said in a separate statement.

Last month, U.S. Secretary of State Antony Blinken sent a letter to Afghanistan's President Ghani which stated that Turkey would be asked to host a senior-level intra-Afghan peace meeting in the near future to finalize a peace agreement. Following the news, Turkey expressed its readiness to take part in mediation efforts to establish peace in Afghanistan and the region.