Talks with Russia on 2nd batch of S-400s set to continue as planned, Erdoğan says 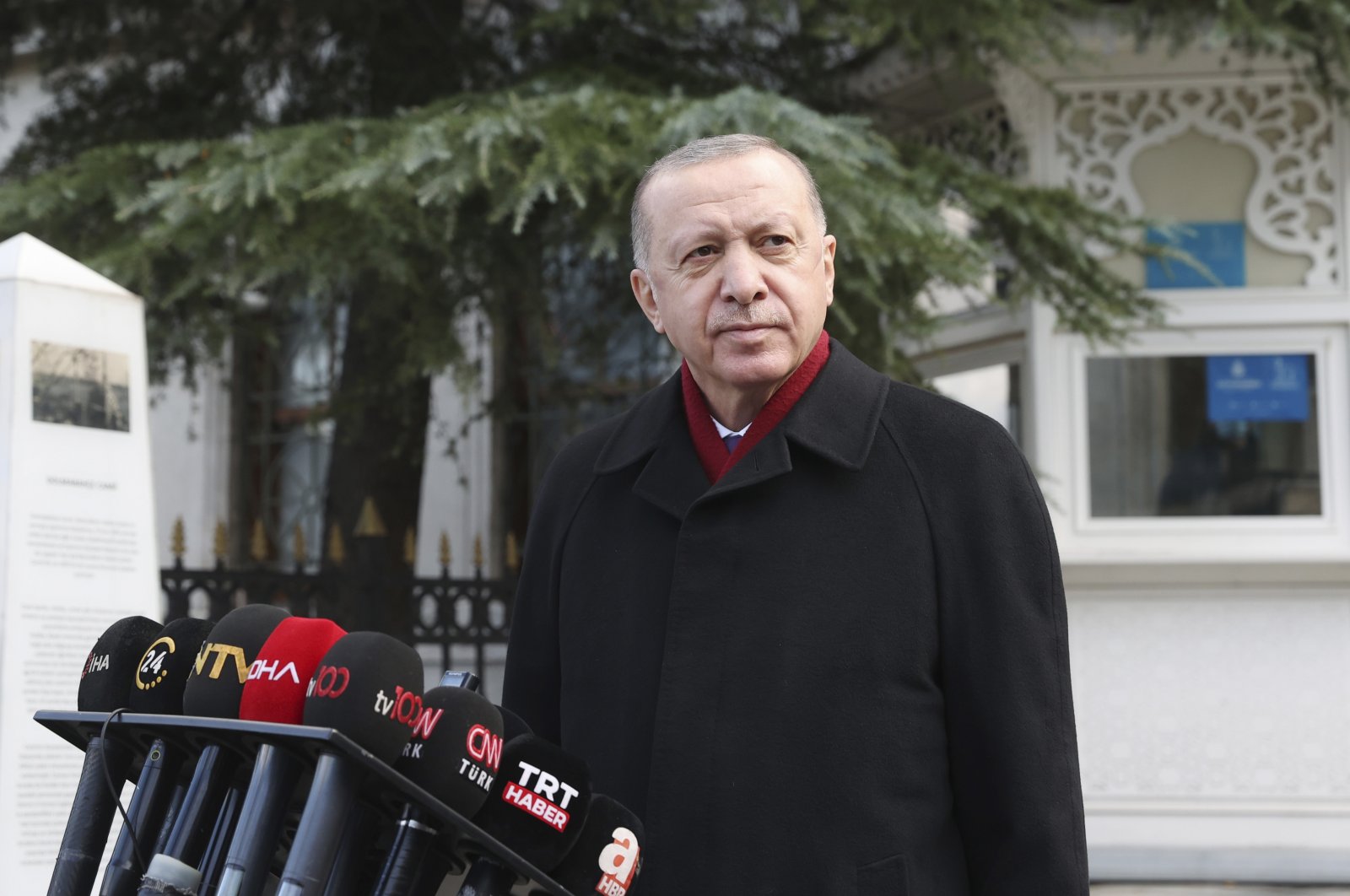 Talks with Russia on the procurement of the second batch of S-400s are set to continue as planned, President Recep Tayyip Erdoğan said Friday, underlining that it will not allow its defense decisions to be dictated by another country.

"We don't know what the incoming Biden administration would say but we're not in a position to ask for permission," Erdoğan told reporters, as he reiterated Turkey's determination to proceed with the S-400 deal despite U.S. opposition.

Erdoğan noted that Turkey will discuss the second batch of missiles with Russia by the end of January.

“We are a NATO member and will not accept any fellow members shaping our policy,” Erdoğan said, noting that the U.S. fell through on the F-35 deal despite Ankara having already paid for the jets.

Calling Washington's failure to provide Ankara with the F-35s a "mistake," Erdoğan said he hopes the incoming Biden administration will take steps to fix the problem.

In December, the U.S. imposed sanctions on Turkey's Presidency of Defense Industries (SSB) and its chief Ismail Demir over the country's purchase of the Russian S-400 missile defense system.

Ankara has repeatedly stressed it was the U.S.' refusal to sell the Patriots that led it to seek other sellers, adding that Russia had offered a better deal including technology transfers. Turkey even proposed setting up a commission to clarify any technical issues. During a visit to Washington last November, Erdoğan met with his U.S. counterpart Donald Trump and agreed on setting up a working group.

On Thursday, Defense Minister Hulusi Akar said that the talks on the second-batch acquisition of the S-400 missile system from Russia are underway, adding that preventing Turkey’s return to the F-35 program could cause serious damage to the relations between Ankara and Washington.

“We negotiated (on missile systems) with the U.S. and European countries. Unfortunately, we didn’t receive affirmative offers on issues such as cost, delivery, joint production. We had to choose Russia, who had a positive attitude toward us on these conditions,” Akar told a group of journalists in Ankara.

Akar also noted that Turkey wants to return to the F-35 scheme, adding that such actions will cause a serious “confidence crisis” between the two countries. “We spent serious time and effort on the F-35s. To stop that is a serious problem. What is more destructive is a confidence crisis, which can last generations. We should prevent that,” he said.

Akar added that there are some other countries that have been using systems from both NATO and Russia.

"We want the solution of problems through dialogue. If the U.S. side wants a solution, a solution could be found with work on the technical level," he said.

Meanwhile, regarding Turkey’s relations with the EU, Erdoğan said Turkey has been trying its best to keep relations moving in a positive direction.

“Unfortunately, the EU has not kept any of its promises,” Erdoğan said, adding that relations have entered a new phase amid ongoing developments such as the tensions in the Eastern Mediterranean.

He noted that the resumption of exploratory talks with Greece was a positive development.

Erdoğan's remarks on the bloc followed a meeting with EU ambassadors in Ankara on Tuesday, during which Turkey's intention to restore strong bilateral ties with the union was highlighted.

Turkey is ready to set a "positive agenda" with the EU, including a long-term perspective, the president said during the meeting, adding that relations must get back on track. Erdoğan said last week in a statement that Turkey prioritizes the EU in its agenda and sees its future in Europe.

Ankara hopes to start afresh with the bloc in the new year, the president said, adding that interactions with the EU in 2020 were unproductive due to the artificial problems created by certain EU members.