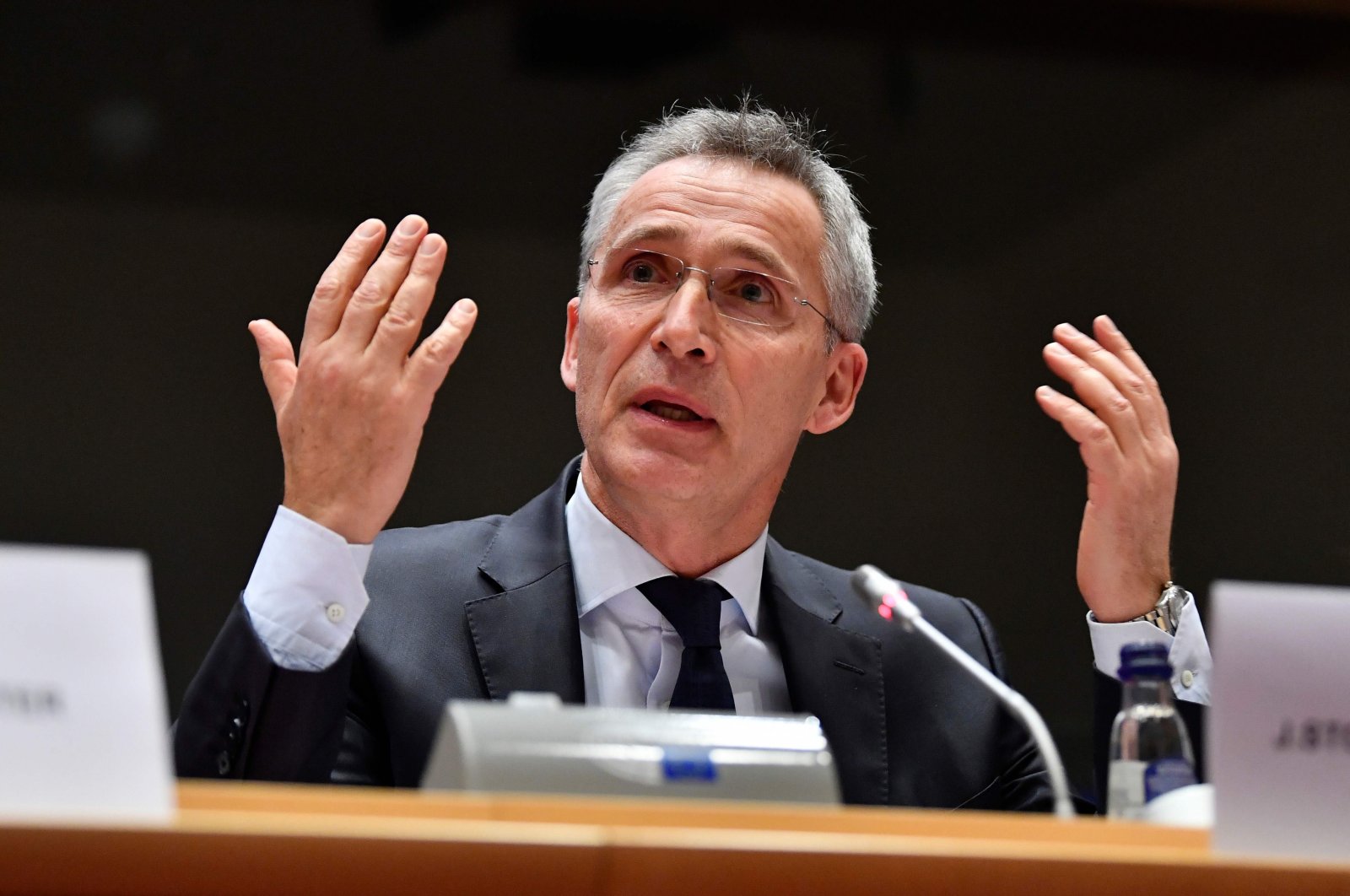 NATO Secretary-General Jens Stoltenberg warned that security challenges for the allied countries have not diminished during the COVID-19 outbreak, and terrorists and adversaries can even be more encouraged by the conditions of the pandemic.

"The bottom line is that security challenges have not diminished because of COVID-19. On the contrary, potential adversaries will look to exploit the situation to further their own interests. Terrorist groups could be emboldened," he said during the virtual news conference in Brussels on Wednesday after the first online meeting of alliance defense ministers, including Defense Minister Hulusi Akar.

Emphasizing the fact that the pandemic is not the only concern for NATO leaders, missions of deterrence and defense must also continue, Stoltenberg said.

“Alliance members are cooperating in reacting to the pandemic just as if an enemy had attacked a NATO member," the secretary-general said, referring to Article 5 of the alliance.

Stoltenberg also noted that in each country, the military is playing a key role in the support of civilian efforts against the pandemic and using NATO mechanisms, allies have been helping each other to save lives, a priority during this fight.

Highlighting Turkey’s contribution to global leadership during the fight against the pandemic, Stoltenberg said Turkey is one of the countries that has provided the most assistance to its allies.

The military plane carrying medical equipment and personal protection gear from Turkey to the United Kingdom used a mechanism developed in cooperation with NATO and the European Organization for the Safety of Air Navigation (EUROCONTROL) for the first time, he said.

Pointing out that the bloc delivered assistance to North Macedonia although the Balkan country became a NATO member only two weeks ago, Stoltenberg said: “It does not matter if a country is a NATO member since 1949 or for two weeks. North Macedonia received assistance from Turkey, the Netherlands, Czech Republic, Hungary, Norway and the U.S. This is not only good for North Macedonia; it is also good for the whole alliance. The virus does not recognize any border. Therefore, we should fight together against this threat.”

Meanwhile, Turkey also provided medical supplies to the U.K., Italy, Spain and Montenegro, and NATO's partners in the Balkans, including Montenegro, Bosnia-Herzegovina, Serbia and Kosovo.

Since the pandemic erupted, NATO military forces from across the alliance have flown more than 100 missions to transport medical personnel, supplies and treatment capabilities, facilitated the construction of 25 field hospitals, added more than 25,000 treatment beds and deployed over 4,000 military medical personnel in support of civilian efforts. "Today, I encouraged all allies to make their capabilities available so General Wolters can coordinate further support," Stoltenberg said during the video conference.

He said the pandemic is in different stages of infection in different NATO nations. This means that effectively coordinating resources makes a real difference, he said.

The security situations in Afghanistan and Iraq remain fragile, and Russia continues its pace and threats, Stoltenberg also noted.

"We must maintain our deterrence and defense because our core mission remains the same: to ensure peace and stability," the secretary-general said. "While we continue to take all the necessary measures to protect our armed forces, our operational readiness remains undiminished, and our forces remain ready, vigilant and prepared to respond to any threat."