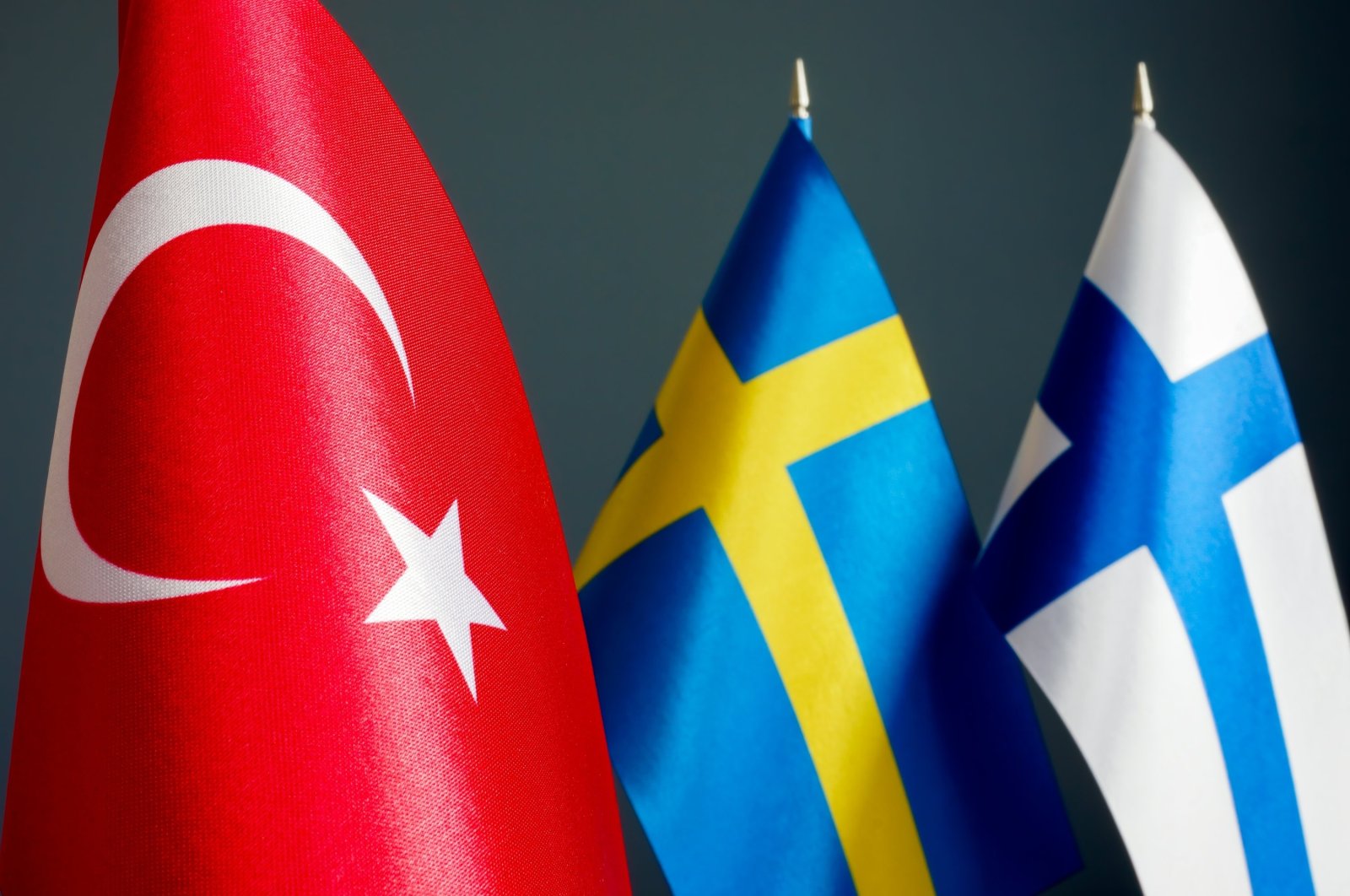 From left to right, the flags of Türkiye, Sweden and Finland are seen. (Shutterstock File Photo)
by Daily Sabah Jan 24, 2023 5:49 pm
RECOMMENDED

The trilateral mechanism talks for Finland and Sweden's NATO membership have been canceled indefinitely upon Türkiye's request on Tuesday.

The three countries were expected to hold the talks, which were launched in August 2022, next month.

Tensions have escalated in recent weeks, as Türkiye condemned Sweden for authorizing a far-right figure burn a copy of the Quran in front of the Turkish Embassy in Stockholm and allowing terrorist PKK supporters hold anti-Türkiye rallies.

Since officially applying for membership in May 2022, spurred by Russia’s invasion of Ukraine, Sweden and Finland have been striving and struggling to secure Türkiye’s approval for joining the bloc. The Turkish government is objecting to their accession on grounds of security concerns, namely “harboring and tolerating” terrorist groups such as the PKK, and FETÖ.

A memorandum of understanding (MoU) the sides inked at a NATO summit in Madrid stipulates that the two countries take concrete steps to address the said concerns, increase their crackdown on terrorist organizations and deport people suspected of terrorism-related crimes.

For the last month, however, public support in Sweden for terrorist groups by sympathizers has been raising tensions between the two countries, actions which Ankara has repeatedly warned would jeopardize Stockholm’s NATO membership process.

A scandalous mid-January protest in Stockholm wherein an effigy of President Erdoğan was hanged by its feet in front of the city hall has particularly impaired negotiations, with Saturday’s Qur'an burning session as the boiling point.

Turkish officials have long criticized their Western counterparts for remaining indifferent and fueling far-right ideologies, especially in countries like the United Kingdom, France and Germany hosting sizable Muslim populations. Most experts attribute the persistence of anti-Muslim racism to “declining liberal democracy” and governments “investing less in the fight against Islamophobia” and even “normalizing” the rhetoric. Last week’s demonstrations in Sweden and the Netherlands, apart from sparking protests denouncing the widespread tolerance of such hate crimes, have also raised concerns of Islamophobic incidents in Europe could increase if not curbed at the stem.