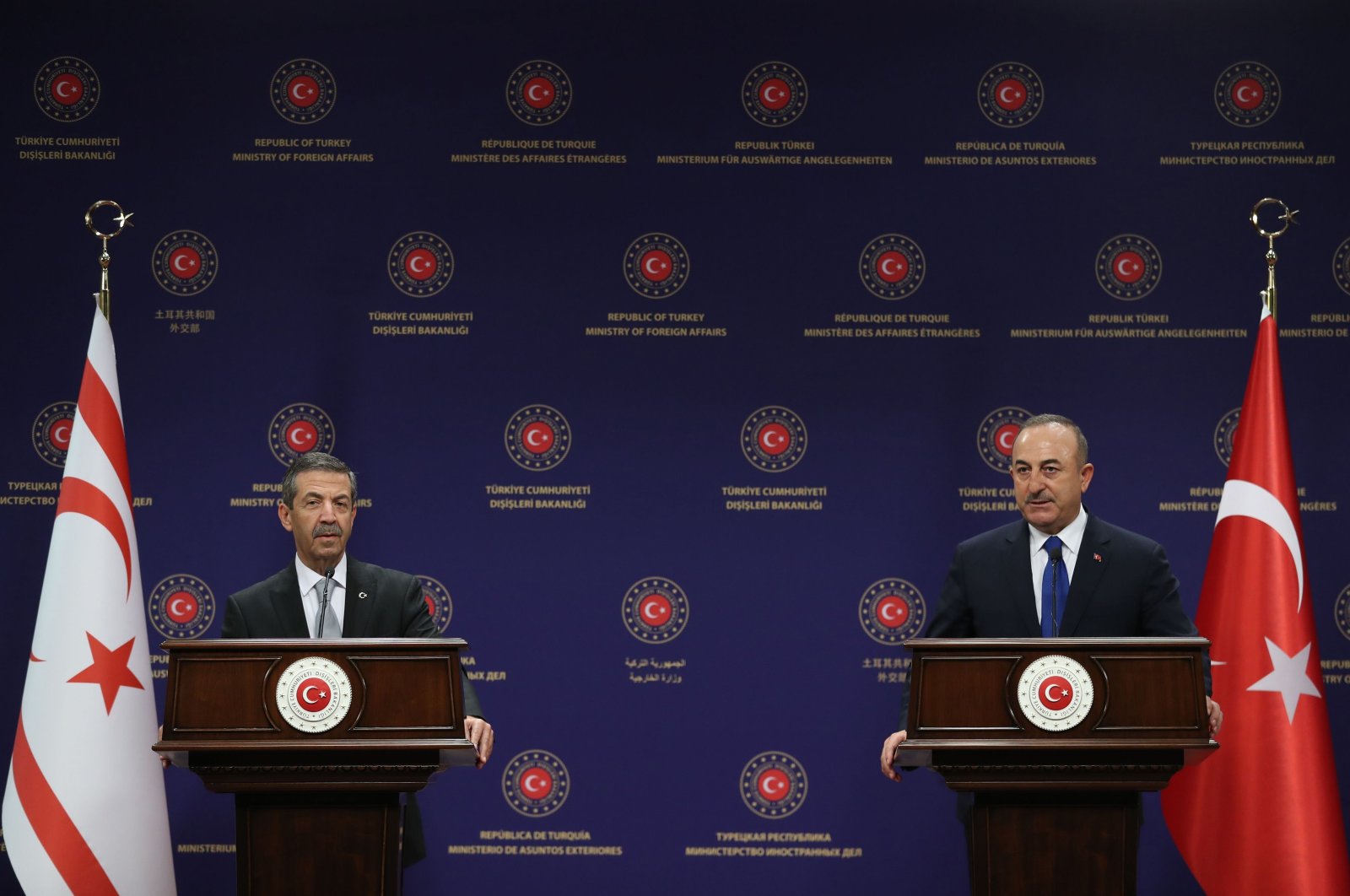 The 5+1 informal U.N.-led meeting expected to be held between April 27-29 aims to determine whether common ground can be found between the two sides in order to restart negotiations, Turkish Cypriot Foreign Minister Tahsin Ertuğruloğlu said Thursday.

Ertuğruloğlu told Anadolu Agency (AA) that the Turkish Republic of Northern Cyprus (TRNC) welcomes the meeting, noting that the event was planned based on Turkey's suggestion.

“The goal of the 5+1 meeting is to determine whether there is a common ground for negotiations between the two sides. The 5+1 meeting should not and will not be the continuation of the Crans Montana talks, which ended in 2017,” Ertuğruloğlu said, adding that they should not dwell on the five decades of unsuccessful talks during the meeting, and reiterated that it is not the start of the negotiation process.

The foreign minister expressed that the sides will not have enough time in a single meeting to ascertain whether they have common goals and that several more meetings will need to take place over an extended period of time to come to a concrete solution.

“We do not accept the presence of a European Union (EU) representative at the table during the meeting,” Ertuğruloğlu said, adding that they could be in Geneva and hold bilateral meetings with the sides.

Regarding U.N. special representative Jan Holl Lute, Ertuğruloğlu said she is well aware of the TRNC’s stance and respects it.

The Turkish Cypriot foreign minister also said they do not consider it the end of the world if the talks do not produce results.

The foreign minister also highlighted the importance of Turkey’s stance on the issue, describing the Cyprus issue as a national matter that the Turkish Cypriots will decide how to handle with Turkey.

“We move forward with this awareness and confidence,” he added.

The Turkish Cypriot administration reiterated that the two-state solution is the only way for both groups of people to live peacefully in coexistence on the island and that the Greek leadership should abandon its Enosis dreams.

The divided island has seen an on-and-off peace process in recent years, including the failed 2017 Crans-Montana Conference in Switzerland under the auspices of guarantor countries Turkey, Greece and the U.K.

U.N. Secretary-General Antonio Guterres announced Thursday he intends to convene a U.N.-led informal meeting with both Cypriot sides and their guarantors in April.

The island of Cyprus has been divided since 1974 when a Greek Cypriot coup was followed by violence against the island’s Turks and Turkey’s intervention as a guarantor power.

After 1974, the island was divided by a 180-kilometer (120-mile) buffer zone patrolled by the U.N., and crossings apart from those for diplomatic purposes were rare. The TRNC, established in 1983, is only recognized by Turkey and faces a long-standing embargo on commerce, transportation and culture. Meanwhile, the Greek Cypriot administration enjoys recognition by the international community as the Republic of Cyprus, established in 1960, and as a member of the EU.