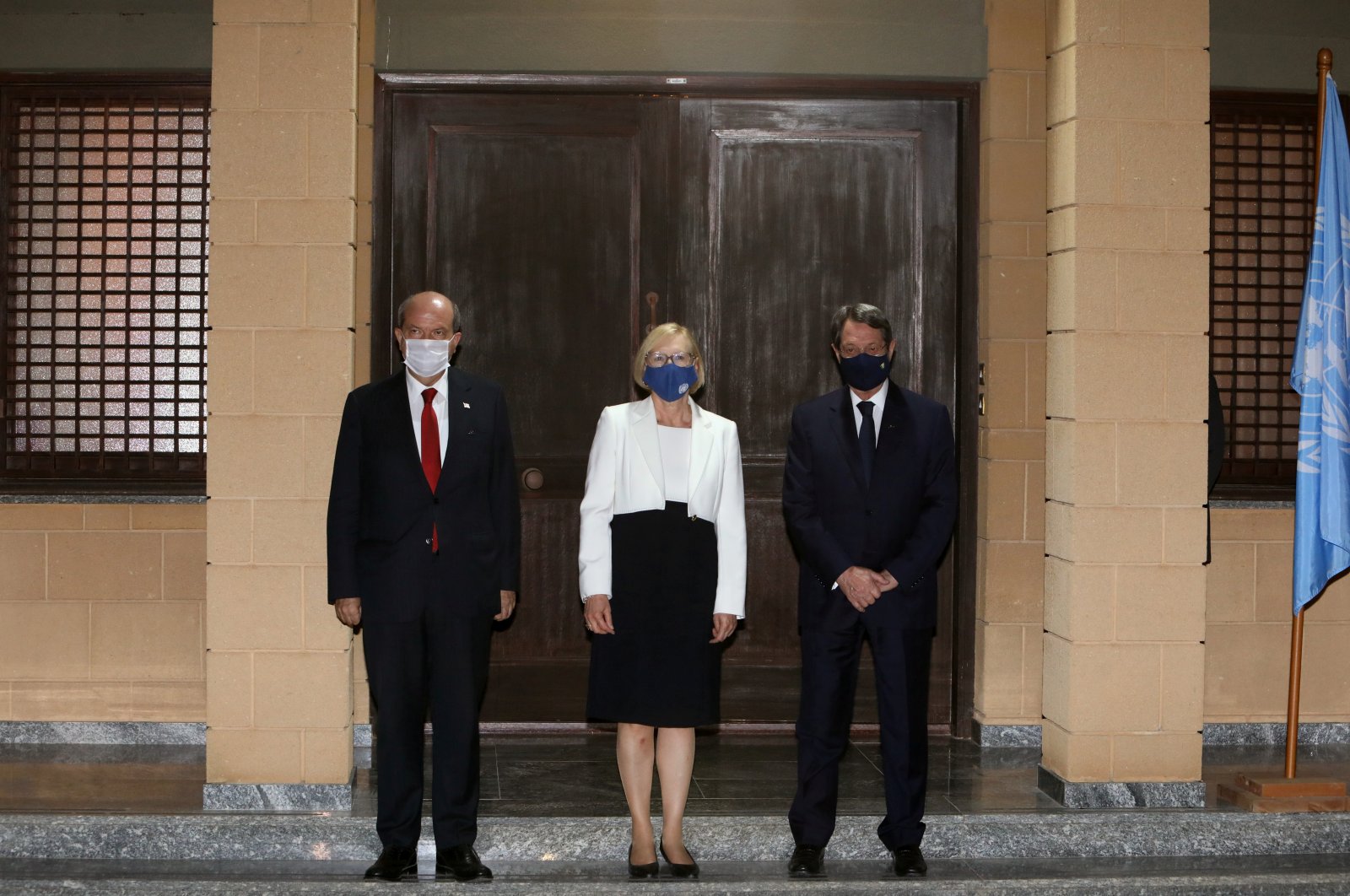 The face-to-face meeting took place at the residence of the special representative and head of the United Nations Peacekeeping Force in Cyprus (UNFICYP), Elizabeth Spehar, in the buffer zone in Nicosia (Lefkoşa) and lasted about two hours, according to the Presidency of the TRNC.

The spokesperson of the U.N. in Cyprus said in a statement that Tatar and Anastasiades had the opportunity to get to know each other and exchange views for the first time informally at the meeting hosted by Spehar in a sincere atmosphere.

The two emphasized their determination to respond positively to the commitment of Guterres to hold an unofficial U.N. meeting for the three guarantor countries Greece, Turkey and the U.K. and the two sides in Cyprus in a neutral setting.

"At this stage for the Turkish people of Cyprus, an understanding on a federal basis that has been maintained since 1977 does not give much hope, and therefore it is time to sit at the table with new ideas," Tatar said.

"Therefore, at a time when Guterres considered it appropriate to take this issue further, it was discussed that at a five-member conference, all these issues could be evaluated and the process could be managed in this way," adding that the idea for a five-member meeting came from Turkish Foreign Minister Mevlüt Çavuşoğlu.

Tatar went on to say that in the meeting the issues of the closed coastline of the abandoned town of Maraş (Varosha) in the TRNC, hydrocarbon resources in the Eastern Mediterranean and the inadmissibility of the partial lifting of an arms embargo on the Greek Cypriots by the U.S. were discussed.

Highlighting the TRNC's willingness to engage in conversation with the Greek administration in order to improve bilateral relations, Tatar said, "We laid out our position and left the meeting without getting too desperate and without offending anyone."

"This (Cyprus case) is a joint case. For us, it is very important to act in harmony with Turkey on the main issues," he added.

“The concept of a federation no longer offers any hope and new options should be discussed," Tatar told reporters.

Tatar, who was elected as the fifth president of the TRNC with 51.69% of the vote in the second round of elections held on Oct. 18, assumed office on Oct. 23.

Speaking after the meeting, Anastasiades said he'd prefer not to make remarks at this stage that might “pollute" the climate but indicated that he and Tatar do not agree on core issues, including an envisioned federation that the two sides agreed to decades ago that would form the basis of any peace deal.

“Without doubt, there is a divergence of positions," Anastasiades told reporters.