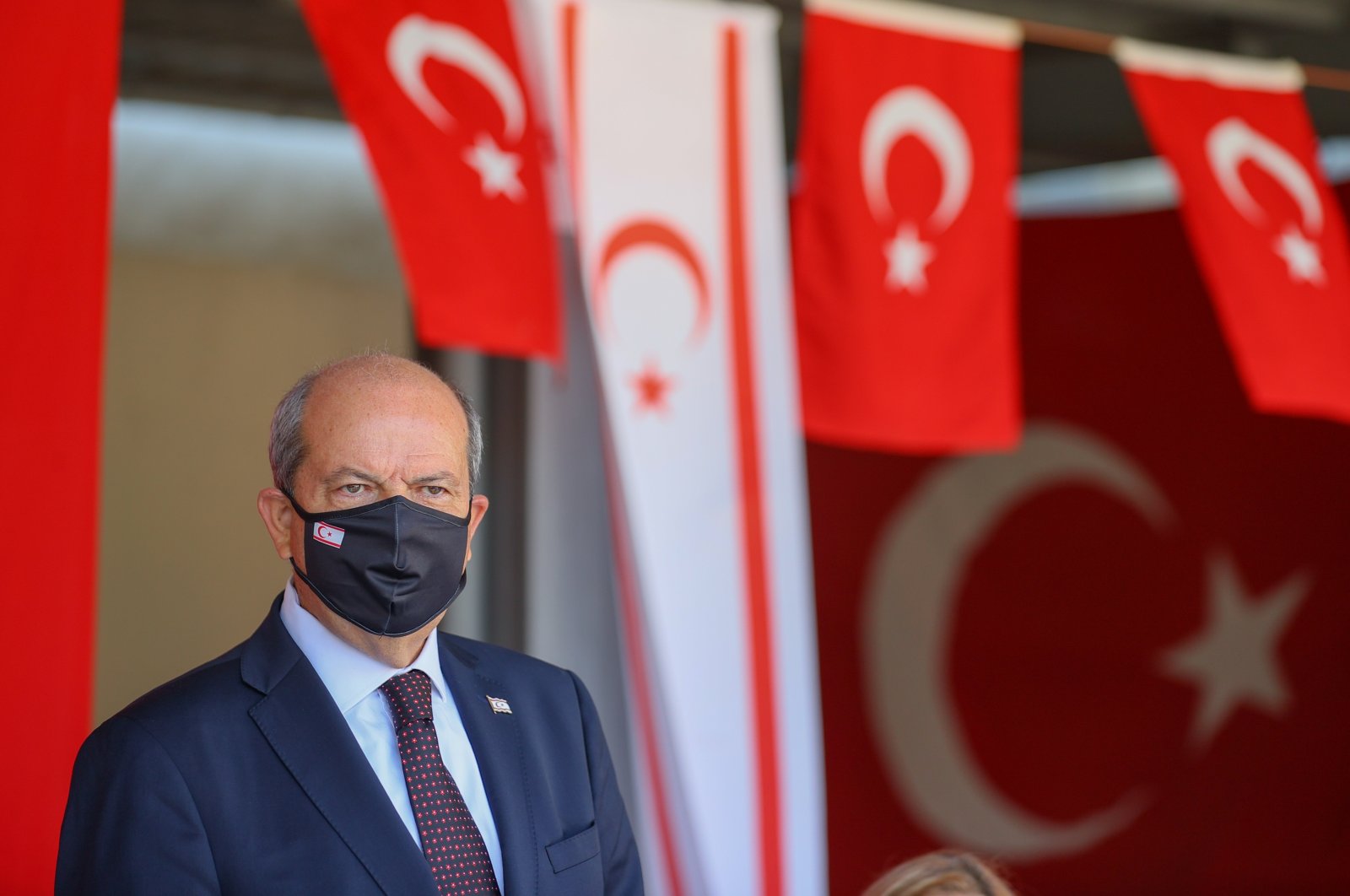 Turkish Republic of Northern Cyprus (TRNC) President Ersin Tatar said Friday that they continue to work for the recognition of the TRNC, adding that he will pay a visit to the United States Sept. 18 along with President Recep Tayyip Erdoğan and Foreign Minister Mevlüt Çavuşoğlu, who will both be in the U.S. to participate in the United Nations General Assembly (UNGA) meeting.

Speaking to reporters in Izmir, where he arrived to commemorate the Turkish forces’ offensive that ended the Greek invasion of Anatolia in 1922, Tatar said the attitude of Greece in the Aegean Sea and Eastern Mediterranean is unacceptable.

“If they (Greece) increase the territorial waters or the continental shelf in this way, it hinders Turkey’s freedom to travel there,” he said.

Remarking on the Turkish intervention in the island in 1974 upon Greek Cypriot atrocities against Turkish citizens, Tatar said the only viable solution for the deadlock in the island is a two-state formula.

“There is no partnership anymore. A federal-based understanding couldn’t be reached but even if it was found, that would mean the majority ruling over a minority,” he said.

Tatar added that he will conduct some bilateral meetings with leaders during the UNGA meeting in New York, where he will explain the two-state solution supported by Turkey and the TRNC.