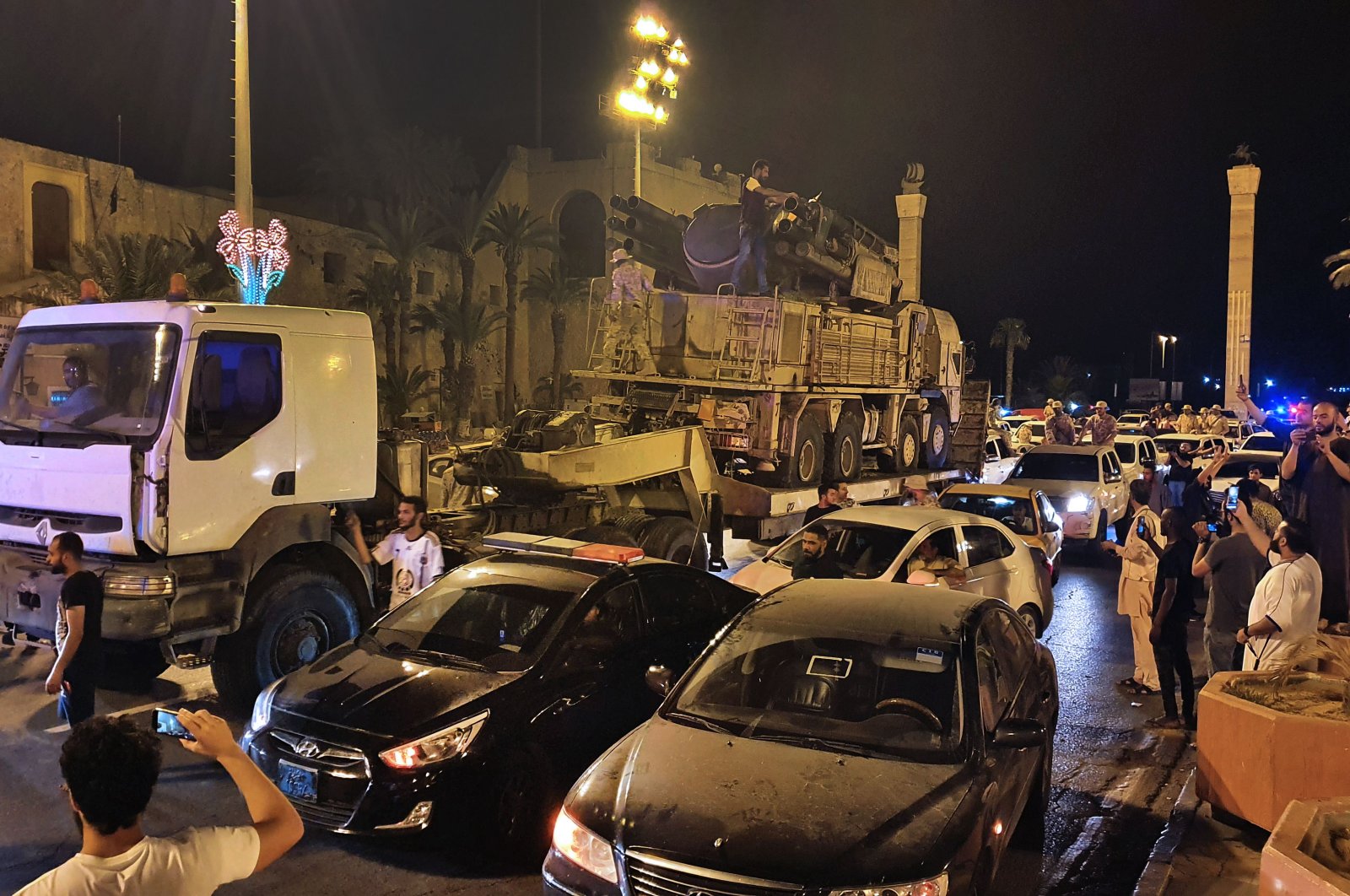 Forces loyal to Libya's U.N.-recognized Government of National Accord (GNA) parade a Pantsir air defense system truck in the capital Tripoli, Libya, May 20, 2020. (AFP Photo)
by Daily Sabah with Reuters May 21, 2020 11:33 am
RECOMMENDED

U.S. President Donald Trump and French counterpart Emmanuel Macron have discussed their concern about "worsening foreign interference" in Libya and "agreed on the need for urgent de-escalation," the White House said.

Libya's government has been under attack by putschist Gen. Khalifa Haftar's forces since April 2019, with more than 1,000 killed in the violence.

The Libyan Army, however, has made significant gains against Haftar's forces in recent weeks, recapturing the al-Watiya air base south of Tripoli. The key facility is now back under government control following some six years under putschist forces.

The move came after the Libyan Army destroyed three Russian-made Pantsir-type air defense systems used by Haftar's forces that were supplied by the United Arab Emirates.

Despite the international arms embargo on the war-torn country, in place since 2011, the UAE has, since 2014, been looking for ways to get heavy and strategic weapons to Haftar and his forces in eastern Libya to overthrow the government. Haftar is also supported by Russia and Egypt.

Following the ouster of late ruler Moammar Gadhafi in 2011, Libya's new government was established in 2015 as part of a U.N.-led political deal.

Trump and Macron also discussed progress on reopening the United States and France, as well as global economies locked down during the coronavirus outbreak, the White House said, adding that Trump looked forward to convening the Group of Seven (G-7) leaders soon.