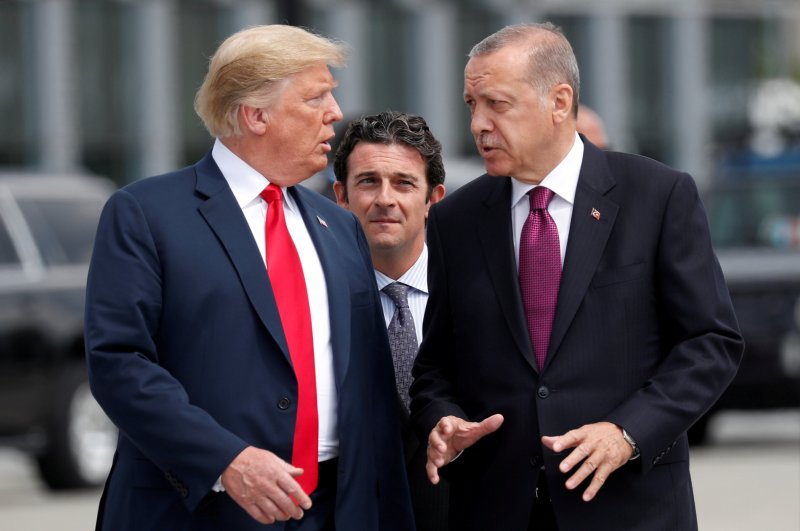 "We are discussing this issue with President Erdoğan," Trump said when asked to comment Turkey's request for the air defense missiles.

Turkey has requested the Patriots amid heightened military tension in northwestern Syria's Idlib.

Erdoğan told Macron that Turkey was expecting a clear and tangible action from NATO regarding Idlib.

Attacks from the forces of the Bashar Assad regime have killed 55 Turkish soldiers this month in Idlib. President Recep Tayyip Erdoğan has threatened to push back Assad forces if they do not pull back to pre-determined lines.