Turkey, Algeria to work in coordination for peace, stability in Libya 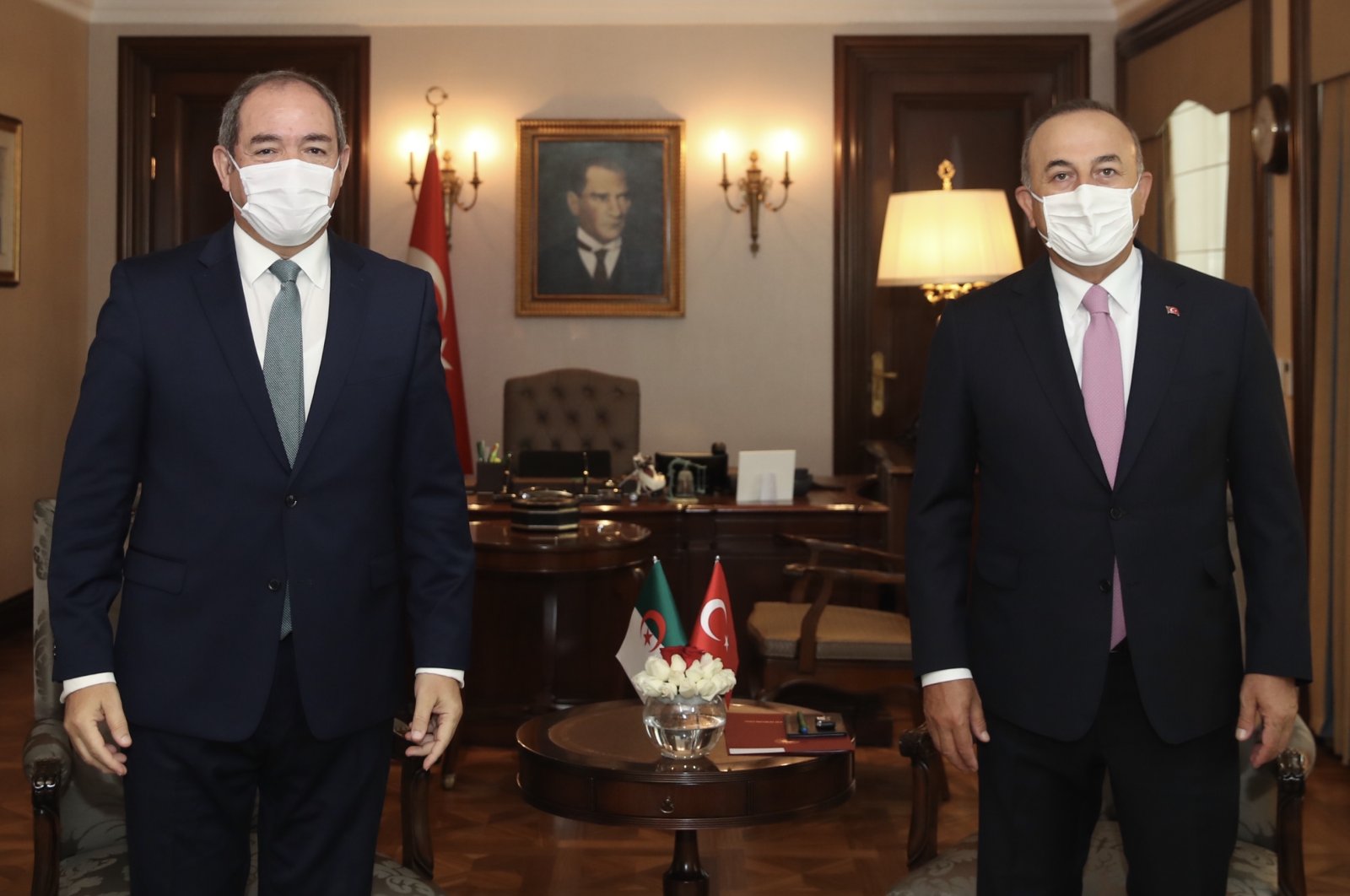 Turkey and Algeria will continue to work in coordination for peace and stability in Libya as well as the whole region, Algerian Foreign Minister Sabri Boukadoum stated on Tuesday, adding that the two countries are determined to enhance relations in all aspects.

“We support a peaceful solution in Libya and believe that the Libyan crisis has to be overcome by working together. Turkey and Algeria will continue their efforts in this manner,” Boukadoum said in a joint press conference with Foreign Minister Mevlüt Çavuşoğlu in Ankara.

Çavuşoğlu noted that the only possible solution in Libya is a political one, adding that Turkey and Algeria have been working closely to achieve that objective for a long time.

“We will continue our cooperation to support a permanent cease-fire. There have been some attempts in this regard recently but we saw once again that (Khalifa) Haftar’s side does not believe in a political solution or cease-fire and wants a military solution,” he said.

Çavuşoğlu added that despite Haftar's disruptive acts at peace conferences in Moscow and Berlin as well as his attacks on Tripoli, the two countries will continue to work on a political outcome.

The Algerian minister further stated that the country supported the recently announced ceasefire and that dialogue has to start between the rival parties in Libya. “Algeria’s efforts in this manner continue as we are ready to give all kinds of support for a peaceful solution to the Libyan crisis,” Boukadoum added.

In June, Algerian President Abdelmadjid Tebboune said that his country rejects any military solution and keep neutral distance from all the parties involved in the crisis, offering a mediating role in the war-torn country.

Boukadoum also indicated that Turkish investment to Algeria was highly welcomed and that Algeria expected the investments to increase.

“The level our economic relations have reached is making us happy, however more steps to enhance these can be developed. There will be significant opportunities for Turkish companies in the future,” the minister continued.

Regarding commercial relations, Çavuşoğlu said that the trading volume between the two countries has not seen any decrease despite the coronavirus outbreak, adding that it enhances hope for strengthening relations in the future. He added that reaching a free trade agreement will lay the groundwork for increasing commerce volume from $5 billion to $10 billion over the long term.

Separately, Çavuşoğlu touched upon developments in the Eastern Mediterranean and stated that fueling tension in the region will only harm Greece. He said that Athens’ maximalist ambitions are the main reason behind the current tension between the two countries. “We will continue to protect our rights,” Çavuşoğlu said.

Greece and other countries have tried to minimize Turkey's maritime territory and deny the country its right to explore for energy sources, leading to Ankara's opposition. Athens is disputing Turkey's current search for resources in the Eastern Mediterranean by attempting to box in Ankara's sea boundaries based on the proximity of small Greek islands next to the Turkish coast.