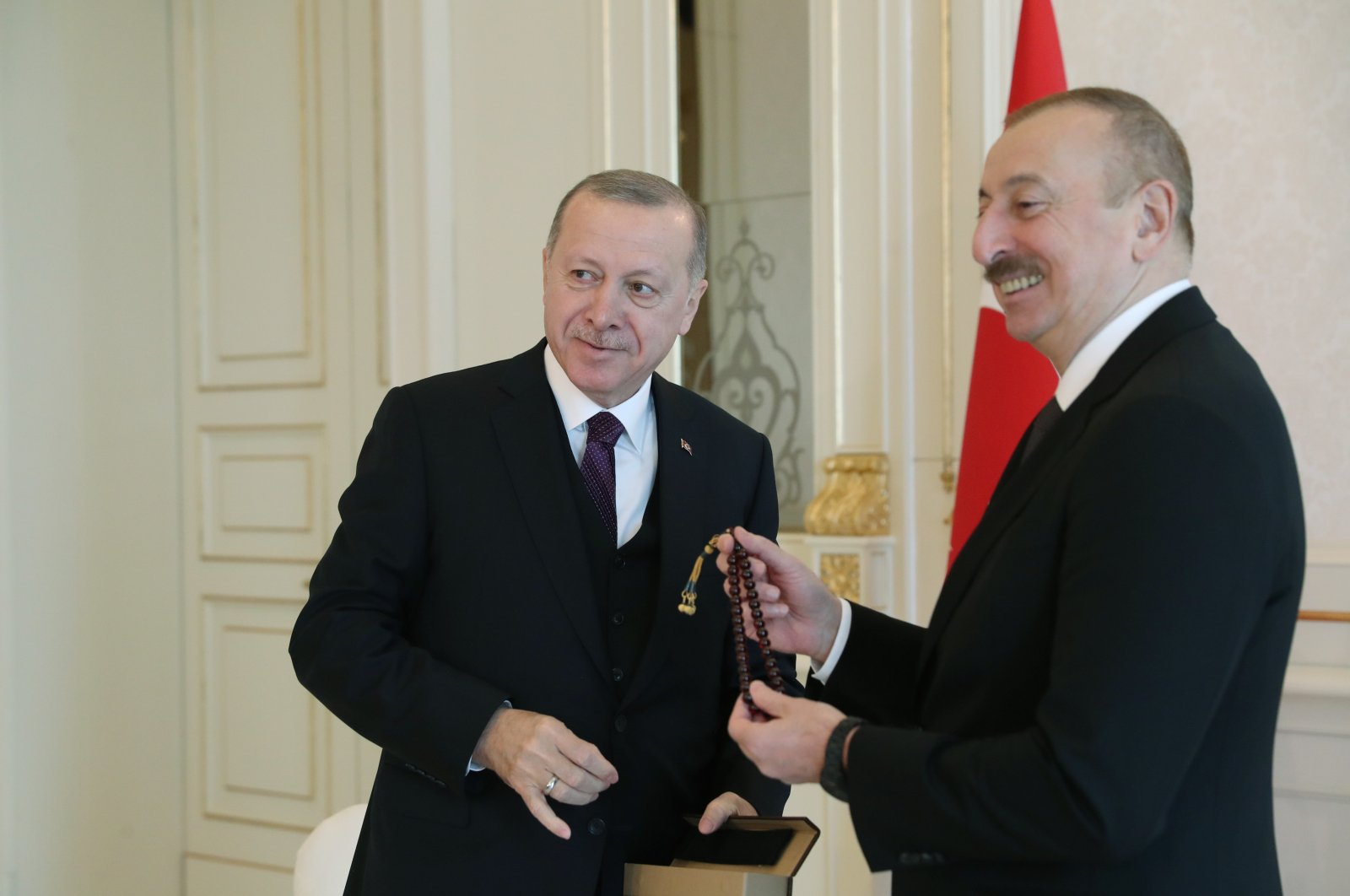 Speaking to a local TV channel, Aliyev evaluated his country’s bilateral relations with Turkey. He expressed his gratitude for the supportive messages coming from Ankara following military clashes between the Armenian and Azerbaijani armies in July.

“First of all, I thank my dear brother Turkish President Recep Tayyip Erdoğan. He proved once again that Turkey has always sided with Azerbaijan. This is a manifestation of the Turkey-Azerbaijan brotherhood and unity. At the same time, other officials including the parliament speaker, defense minister, foreign minister and our other brothers have several times showed their solidarity and support to Azerbaijan. This also proves that Turkey sides with justice and truth,” Aliyev said.

In July, Armenia attacked Baku forces in the northwestern Tovuz border region. As a result, at least 12 Azerbaijani military personnel, including a major general and a colonel, were killed and another four soldiers were wounded. A 76-year-old Azerbaijani citizen also lost his life.

Baku accused Armenia of taking "provocative" actions, with Ankara warning Yerevan it would not hesitate to stand against any kind of attack on Azerbaijan.

Nagorno-Karabakh, an internationally recognized territory of Azerbaijan, has been under illegal Armenian occupation since 1991. International organizations, including the United Nations, have demanded the withdrawal of occupational forces.

The Azerbaijani president underlined that his country will also always side with Turkey, and the whole world knows it. Saying that the two nations share a common history, ethnic origin, religion, language and culture, Aliyev added that they have built strong ties in every field including politics, economy, culture and military upon these shared features.

Aliyev also touched upon the joint military exercises conducted by the two countries’ armed forces. “We conduct military exercises every year. There is nothing unusual here. Yes, this time it coincided with the Tovuz incident. Armenia should think about whether it was coincidence or not. These drills once again demonstrate our unity. There are only 80 kilometers (49 miles) between the Azerbaijan-Armenia border in Nakhchivan and Yerevan. Armenia knows it, and this intimidates them. I think that they stress out because of this fear,” he said.

Stating that the military activities of Turkey and Azerbaijan are a necessity for regional stability, Aliyev said Armenia also has territorial claims against Turkey in their constitution.

Ankara and Baku, with the participation of the countries' air and ground forces, launched joint military drills in the wake of recent Armenian attacks on Azerbaijani border points. The war exercises began on July 29, with Aug. 5 being the last day of ground engagements – which included artillery, armored vehicles and mortars striking simulated targets – in the capital Baku and the exclave of Nakhchivan, Azerbaijan's autonomous region bordering Turkey. Air combat drills involving jets and helicopters continued in Baku, Nakhchivan, Ganja, Kurdamir and Yevlakh until Aug. 10.

Aliyev also said Armenia is trying to make the Treaty of Sevres a current issue of discussion but that any politician or historian with a clear head would never allow these claims to be discussed again.

The Treaty of Sevres was a 1920 deal signed between the Allies of World War I and the Ottoman Empire. The agreement ceded large parts of the Ottoman territory to France, the United Kingdom, Greece and Italy and created large occupation zones within the empire. It was one of a series of deals that the Central Powers signed with the Allied Powers after their defeat in World War I.

Armenia was recognized as an established state in Section VI "Armenia," Articles 88-93. Article 89 notes: "Turkey and Armenia, as well as the other High Contracting Parties, agree to submit to the arbitration of the President of the United States of America the question of the frontier to be fixed between Turkey and Armenia in the vilayets of Erzurum, Trabzon, Van and Bitlis, and to accept his decision thereupon, as well as any stipulations he may prescribe as to access for Armenia to the sea, and as to the demilitarization of any portion of Turkish territory adjacent to the said frontier."