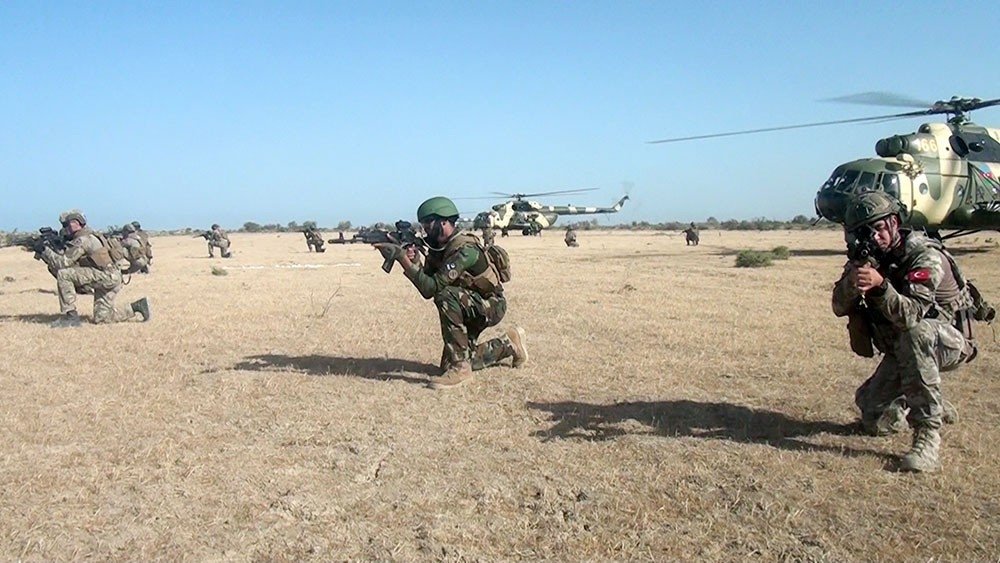 Joint military drills between Turkey, Azerbaijan and Pakistan continued on Thursday, according to the Azerbaijani Defense Ministry.

"In the next stage of the exercises, Special Forces Units successfully accomplished combat tasks on deployment behind imaginary enemy lines by air in different conditions in the daytime and at night in limited visibility," a ministry statement said.

The "Three Brothers - 2021" exercises-held with the special forces of the three states in Azerbaijan's capital Baku – started on Sept. 12 and will continue until Sept. 20.

The joint military exercises, the first such drills between the three countries, will serve to "further strengthen the existing ties" between the armies, as well as provide an opportunity to discover new ways to combat terrorism, according to an earlier statement.

The exercises are believed to provide an extensive exchange of experience and views between servicemen of the three countries and "greatly contribute" to further improvement of professional training, according to Azerbaijani officials.