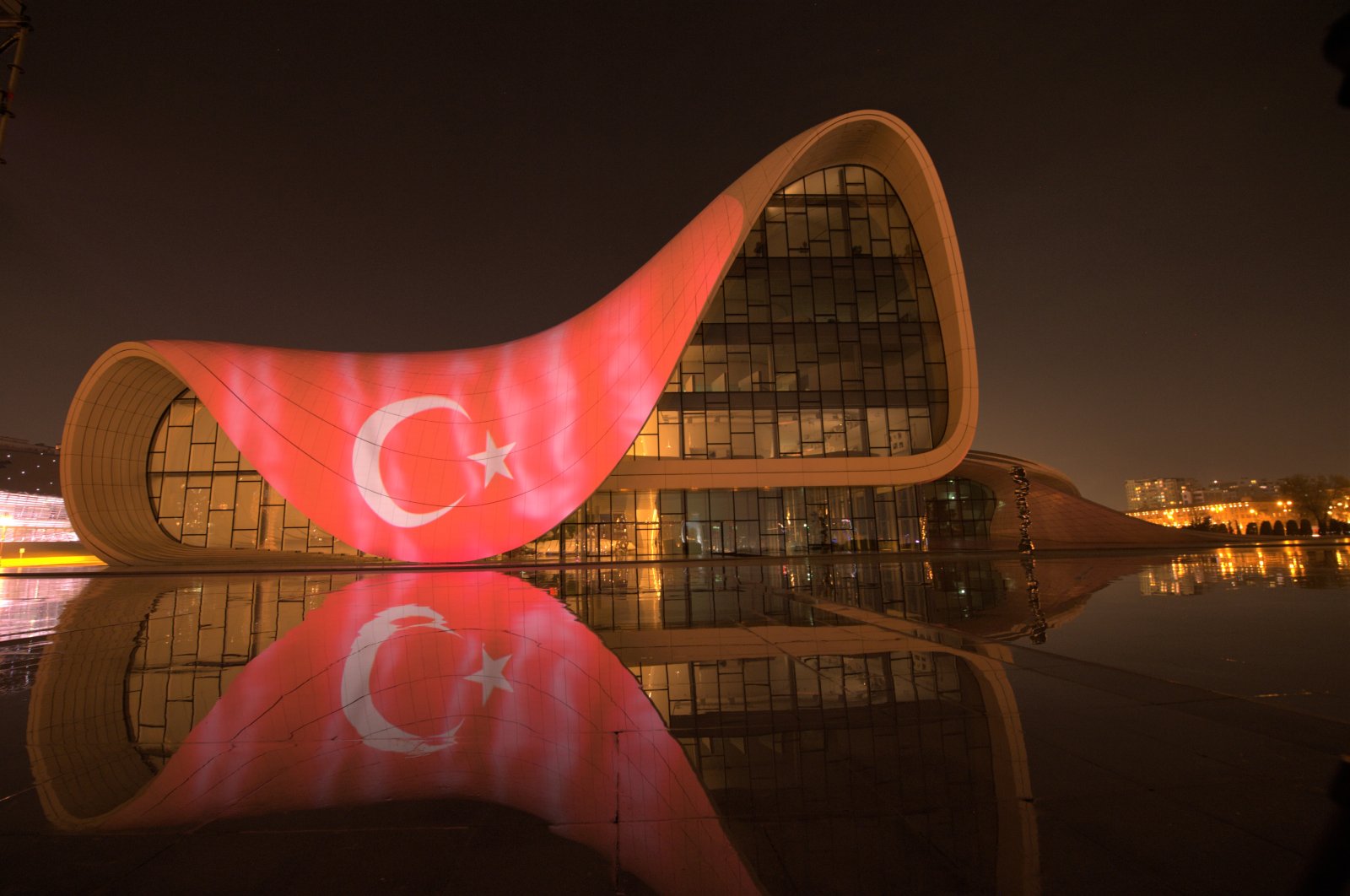 Azerbaijan displayed a digital version of the Turkish flag at the Heydar Aliyev Cultural Center, an iconic symbol in the capital Baku, in a show of solidarity amid the coronavirus pandemic, April 11, 2020. (AA Photo)
by Anadolu Agency
Apr 14, 2020 10:36 am

Turkey displayed a digital version of Azerbaijan's flag late Monday on Ata Tower, one of the landmarks in the Turkish capital Ankara, to highlight the neighboring nations' solidarity in combating the novel coronavirus.

Turkey's move came after a similar gesture was made by Azerbaijan.

On Saturday night, Azerbaijan flew the Turkish flag along with its flag at the Heydar Aliyev Cultural Center, an iconic symbol in the capital Baku, in a show of solidarity.

Turkey on Monday confirmed 98 more deaths from the coronavirus over the past 24 hours, bringing the country's death toll to 1,296. The total number of registered coronavirus cases surged to 61,049.

According to U.S.-based Johns Hopkins University, there are 1,148 cases in Azerbaijan and the death toll is 12.

After originating in Wuhan, China last December, the virus, officially known as COVID-19, has spread to at least 185 countries and regions across the world, with its epicenter shifting to Europe, while China has largely come out of the crisis.

The virus has infected more than 1.91 million people worldwide, while at least 119,000 have died and over 448,000 have recovered from the disease, according to data compiled by Johns Hopkins.

Despite the rising number of cases, most people who get infected suffer only mild symptoms and make a recovery.