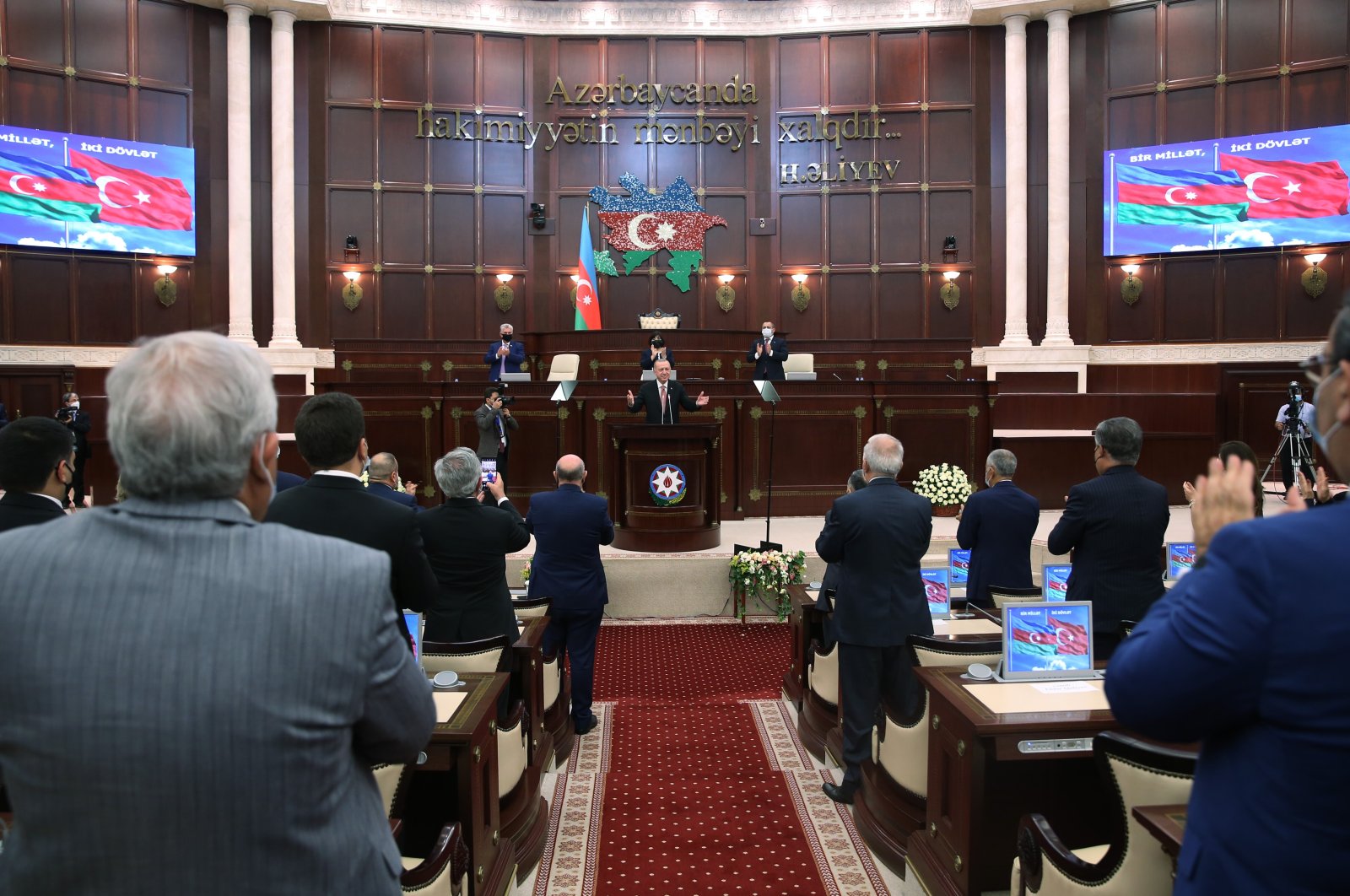 The Shusha Declaration, which was ratified to enhance cooperation and promote stability in the region in the wake of the Nagorno-Karabakh conflict, took Turkish-Azerbaijani ties to a "new dimension," Azerbaijan's parliament speaker said Tuesday.

Under the leadership of Erdoğan, "the great politician and statesman of the Turkic world," Turkey has made great progress, Sahibe Gafarova told the Azerbaijani parliament, adding that the country's successes have been achieved in all areas of social life and the state.

She stressed that Turkey – which steadfastly supported Azerbaijan during the conflict – is one of the most powerful countries in the world, politically, economically and militarily.

She also underlined that the "sincere relations" between Azerbaijan and Turkey based on common values are "very rare" in the international arena, adding that the friendship and fellowship between nations and states is the greatest treasure.

Gafarova said Turkey stood by Azerbaijan over 100 years ago when it first declared independence and similarly did so during the conflict last fall over Armenian-occupied Nagorno-Karabakh.

She also stressed the importance of the political and moral support Erdoğan and the Turkish people gave Azerbaijan from the first hours of the conflict.

"This support showed everyone that Azerbaijan was not alone in its just cause and that Turkey and its leader stand by Azerbaijan everywhere and always."

Saying that Azerbaijan's victory in Karabakh forged a "new reality" in the South Caucasus, Gafarova said: "Today, projects that change the geopolitical landscape of the region with the joint efforts of Azerbaijan and Turkey are being implemented in a planned, determined manner."

She went on to say that Erdoğan's address to Azerbaijan's National Assembly last week showed that the friendship and fellowship between Turkey and Azerbaijan – called "one nation with two states" – is "eternal and unshakable."

Gafarova also said that she is confident that relations between Baku and Ankara will continue to accelerate and bring new successes to both.

During the 44-day conflict, which ended in a truce on Nov. 10, Azerbaijan liberated several cities and nearly 300 settlements and villages in Nagorno-Karabakh from a nearly three-decade occupation.