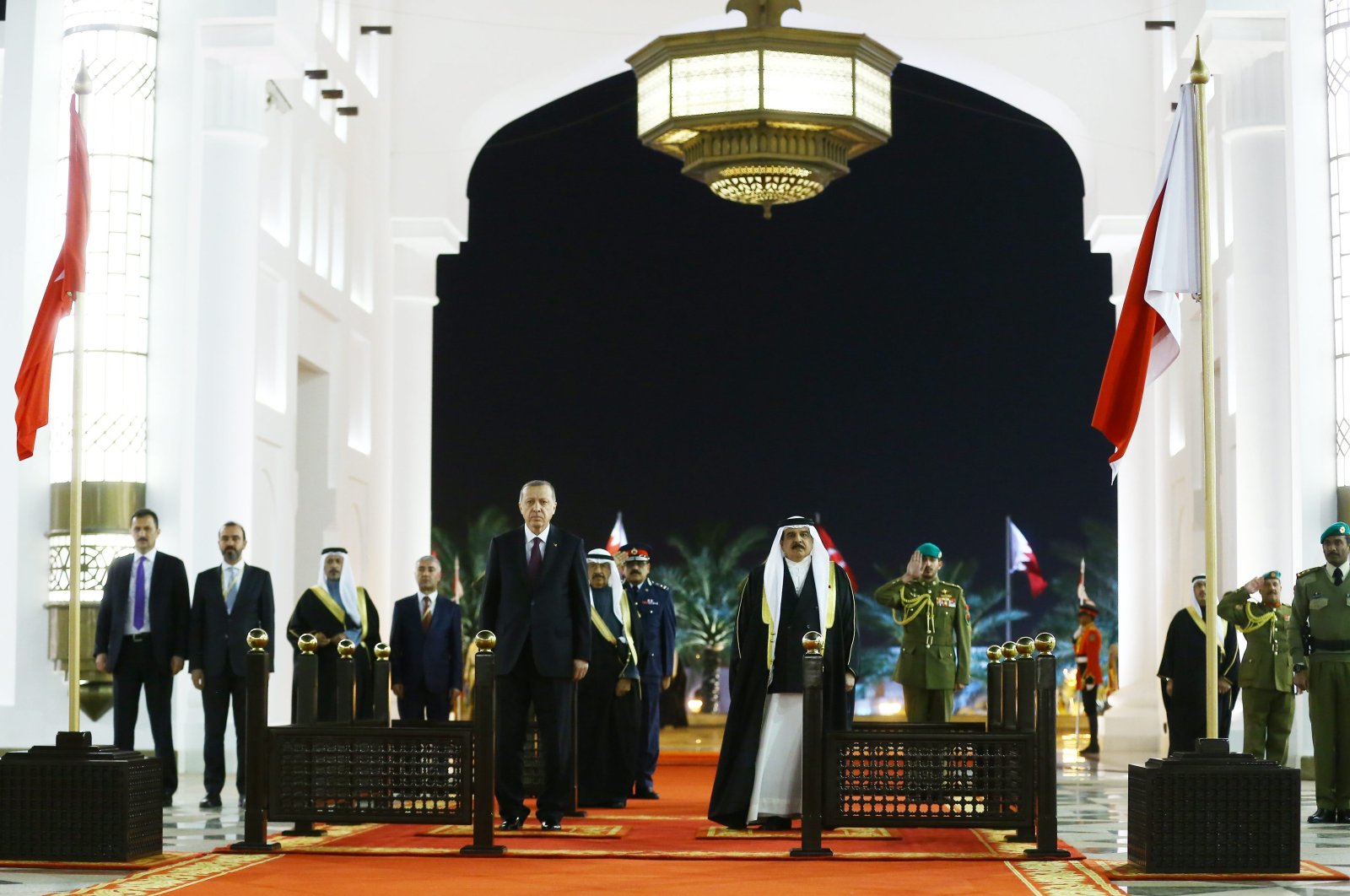 Relations between Turkey and Bahrain are at an advanced level and cooperation is developing, King Hamad bin Isa Al Khalifa said Monday.

During the meeting, King Hamad and Ambassador Çakıl reviewed the course of good and close relations between the two brotherly countries.

During the meeting, King Hamad drew attention to the advanced level of relations and the development of cooperation in all fields.

The king of Bahrain thanked Turkey's ambassador for the importance she attached to strengthening the friendly relations between the two countries.

Çakıl also expressed her gratitude and appreciation for the care shown by the king of Bahrain to the distinguished relations in all fields.

Turkey last year strongly condemned the normalization agreement made to establish diplomatic relations between Bahrain and Israel, saying the deal contradicts the commitments made under the Arab Peace Initiative and the Organisation of Islamic Cooperation (OIC).

Turkey’s authorities emphasized that the only way to achieve lasting peace and stability in the Middle East is through a fair and comprehensive solution to the Palestinian issue within the framework of international law and United Nations resolutions.

Bahrain had agreed to normalize relations with Israel, becoming another Arab nation to do so as part of a broader diplomatic push by former United States President Donald Trump and his administration to further ease the Jewish state's relative isolation in the Middle East.