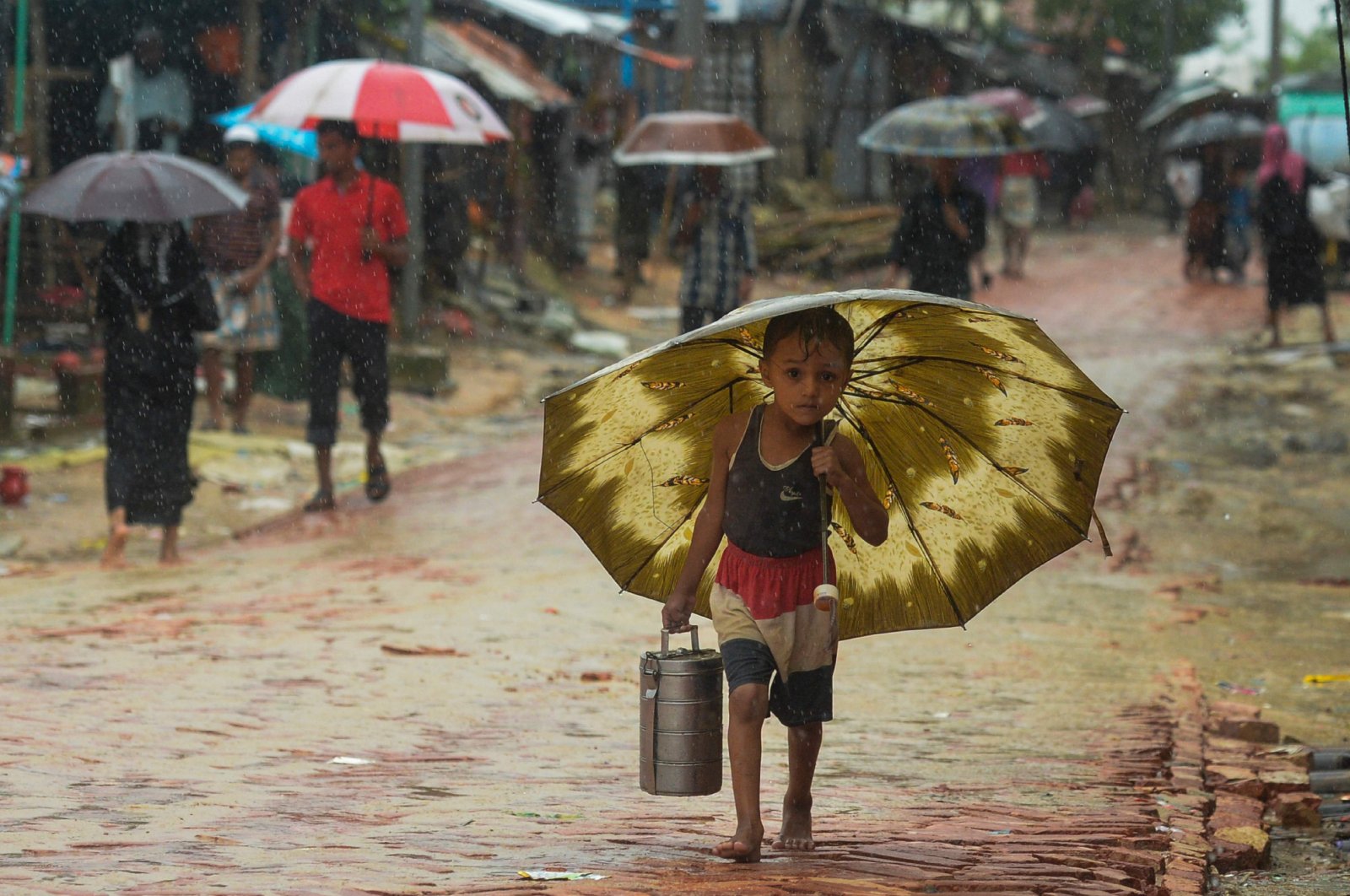 A Rohingya refugee boy shelters under an umbrella as he makes his way during a monsoon rainfall at Kutupalong refugee camp in Ukhia, Cox's Bazar, southeastern Bangladesh, Sept. 12, 2019. (AFP)
by Anadolu Agency
Nov 03, 2020 4:30 pm

Turkey and Bangladesh have discussed ways to step up joint humanitarian activities to help the Rohingya refugees and host communities in Cox's Bazar, southeastern Bangladesh.

During a visit to the refugee camps in Cox's Bazar on Monday, Turkish Ambassador to Bangladesh Mustafa Osman Turan assured Bangladeshi officials of proper humanitarian aid to help the people in need.

Turan met Shah Rezwan Hayat, an additional secretary at the Office of Refugee Relief and Repatriation Commissioner, and Cox's Bazar District Commissioner Md Kamal Hossain. They discussed ways "to deepen collaboration between Turkey and Bangladesh institutions working on humanitarian assistance both for Rohingya and host communities affected by the crisis," according to a social media post by Turkey's Embassy in Bangladesh.

Turan also visited Arunodoy School, a special institute for children with special needs. Appreciating the special arrangement for the children, the ambassador assured of support, including raising skilled manpower for the institute and training for teachers.

More than 34,000 Rohingya people were thrown into fires while over 114,000 others were beaten, said the OIDA report, "Forced Migration of Rohingya: The Untold Experience."

As many as 18,000 Rohingya women and girls were raped by Myanmar's army and police and over 115,000 Rohingya homes burned down, while 113,000 others were vandalized, it added.