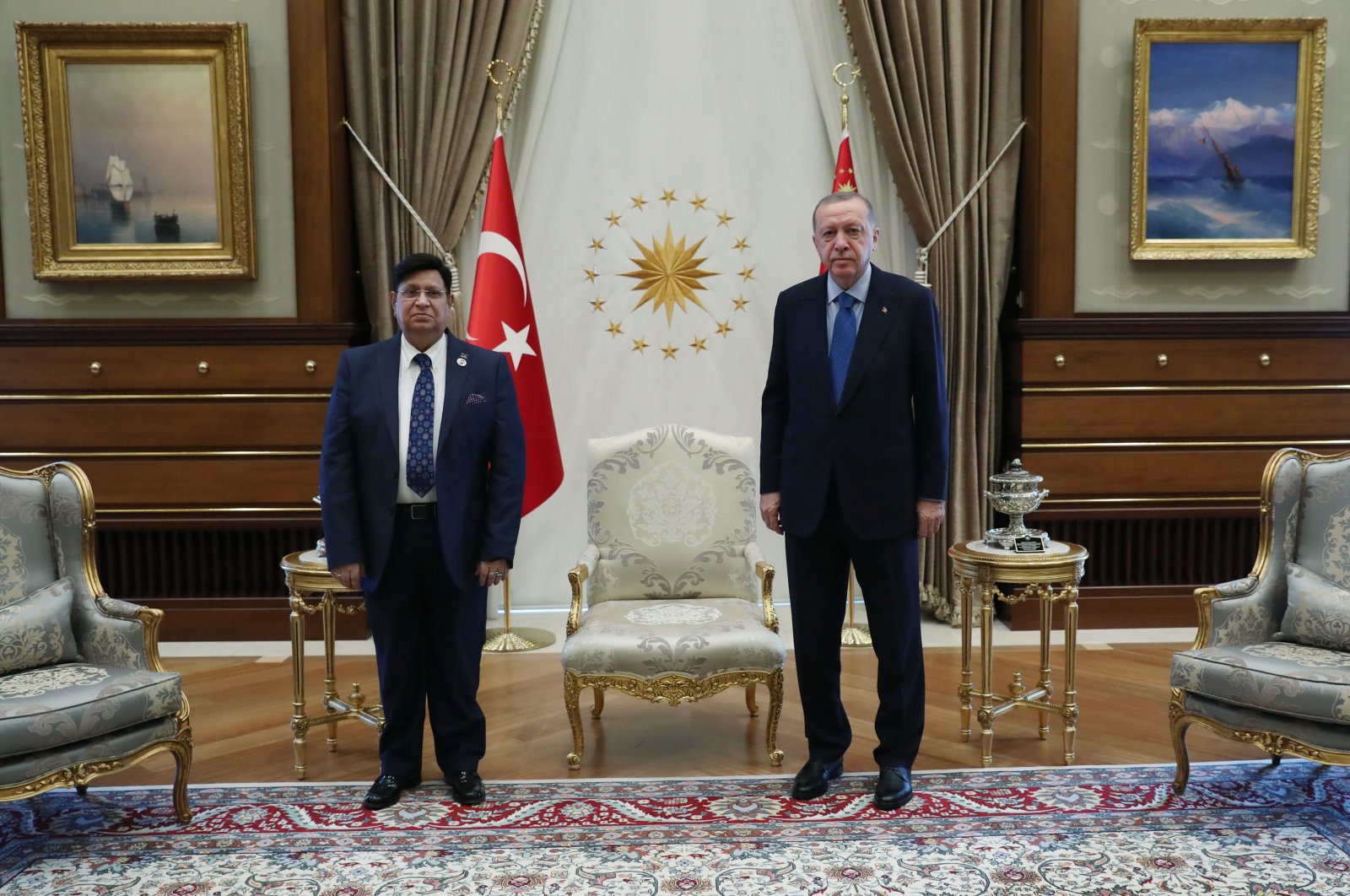 The current level of bilateral relations between Ankara and Dhaka is ready for takeoff, Bangladesh's top diplomat said Thursday on a visit to Turkey, stressing that a slight push by the two governments is needed to get things going.

In an inclusive interview with Anadolu Agency (AA) in Ankara during his four-day visit to Turkey, Bangladeshi Foreign Minister A.K. Abdul Momen said economy and trade will be the key focus of bilateral relations.

He also talked about the Rohingya refugee crisis, Dhaka's fight against the COVID-19 pandemic and plans to revive the economy.

On the normalization agreements between Israel and Arab states, Momen said Bangladesh's objective in the issue is to achieve a lasting two-state solution with Jerusalem as the capital of Palestine.

Touching upon the current state of bilateral relations between Turkey and Bangladesh, Momen said both countries are doing very well in terms of economic growth and stability.

“In fact, in the area of economic growth, we have become a model for developing countries,” Momen said, adding that Turkey and Bangladesh both aim to improve the Muslim community across the world and establish peace.

“Bangladesh is the leader in world peace. We have successfully engaged in the post-conflict countries (via United Nations peacekeeping missions) in around 36 countries. Around 154,000 of our peacekeepers served the U.N. in many countries. So, we have achieved some position now,” he said, adding that Turkey has also been doing well in this regard.

Regarding Turkey’s soft power through Turkish TV series, Momen said Mustafa Kemal Atatürk had been a household name and Süleiman the Magnificent and Ertuğrul have again become popular thanks to the recent TV series.

The foreign minister also touched on Turkey’s support during the Rohingya crisis, saying that the country established a hospital and has been running it with its own funds.

“They also came up with a lot of help in humanitarian assistance. So, since the first day, they have helped. The (Turkish) first lady along with the foreign minister visited Rohingya camps. And they have been very supportive of us. And they also made a proposal that they would like to take care of some of them (Rohingya refugees) in Bangladesh if we provide some land for them,” Momen said. He continued by noting that Turkey has also voiced the issue in the international arena and has been supporting Bangladesh in the Organisation of Islamic Cooperation (OIC) and in the U.N.

“We are very proud of Turkey, because from Day One, they have been steadfast in this support of the Rohingya. It's not only because they (Rohingya) are Muslim, but also thanks to the humanity they (Turks) have helped and are supporting us,” he added.

Shortly after Momen’s meeting with Erdoğan in the capital, the Bangladeshi Foreign Ministry announced that the president had agreed to attend the Developing-8 (D-8) Organization for Economic Cooperation summit in Dhaka next year.

The Turkish president "greatly appreciated" Bangladeshi Prime Minister Sheikh Hasina's efforts to provide shelter to the persecuted Rohingya refugees in Bangladesh's Cox's Bazar, where they have been staying since August 2017, and assured all possible support to resolve the crisis.

Erdoğan, the ministry said, assured cooperation to fight the coronavirus outbreak and expressed hope that he could visit Bangladesh to inaugurate the newly constructed Turkish embassy in the capital Dhaka once the coronavirus situation has settled down.

The Turkish Presidency also confirmed the meeting with a short statement and photos. However, it did not mention anything about a possible visit by Erdoğan to Dhaka.