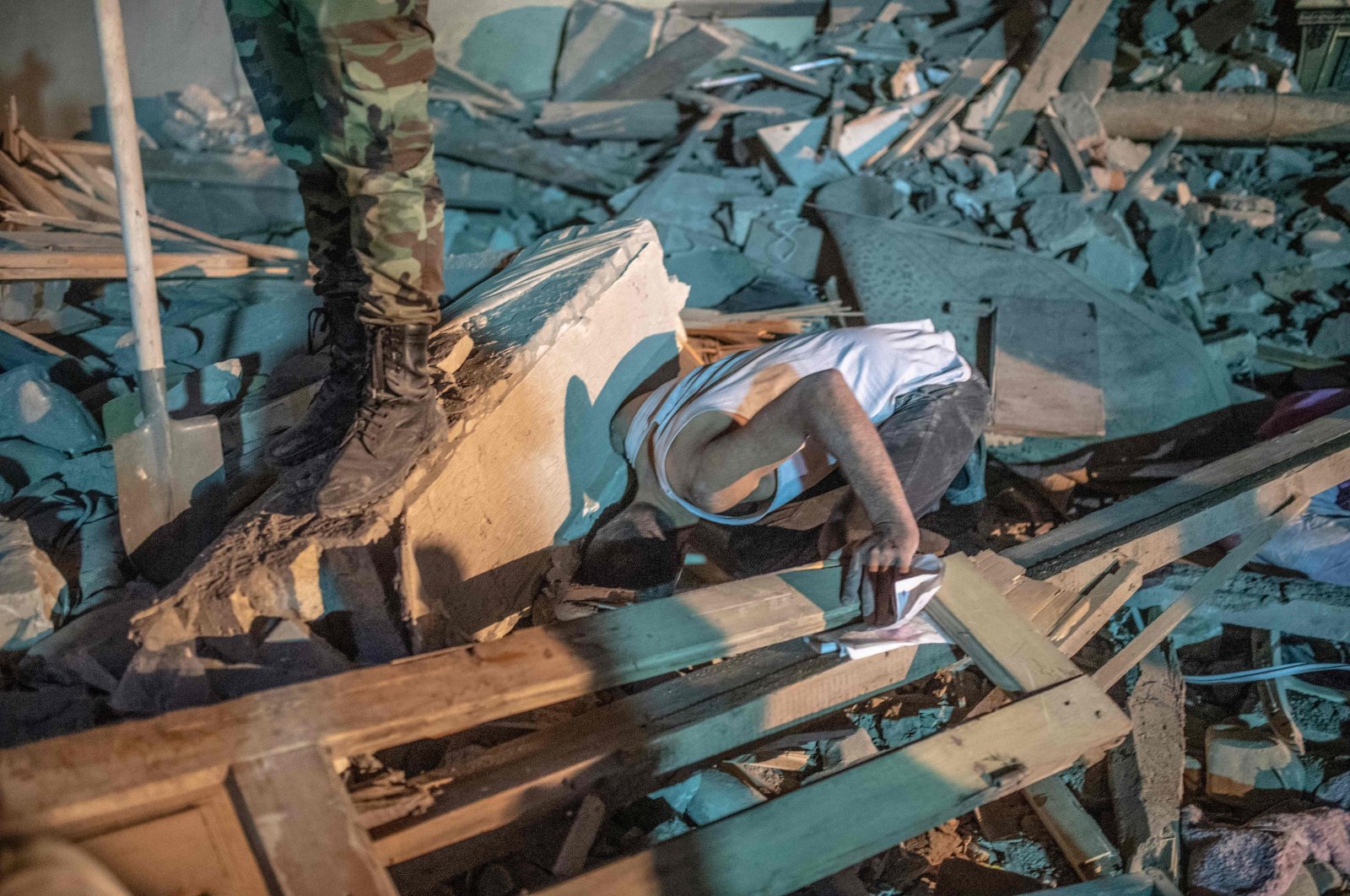 A man searches for relatives in the rubble as rescue teams work at a site hit by an Armenian rocket amid Azerbaijani military operation to liberate Armenian-occupied Nagorno-Karabakh region, in Ganja, Azerbaijan, Oct. 17, 2020. (AFP Photo)
by DAILY SABAH WITH AA Oct 17, 2020 11:11 am
RECOMMENDED

Armenia is committing a "war crime" and must be held responsible for its "atrocity," Foreign Minister Mevlüt Çavuşoğlu said Saturday.

Çavuşoğlu's comments came after a deadly attack on the Azerbaijani city of Ganja overnight by Armenia.

"To remain silent to this savagery means to be an accomplice to these murders," he said on Twitter.

At least 13 civilians, two of them children, were killed and 45 wounded in Ganja by Armenian shelling overnight, Hikmat Hajiyev, a foreign policy aide to Azerbaijani President Ilham Aliyev, said Saturday in an online briefing with journalists.

"We support a humanitarian cease-fire, but Armenia isn't giving it a chance .. they keep targeting residential areas," Hajiyev said. He said further that Azerbaijan had "liberated" two out of seven regions in Nagorno-Karabakh since the conflict began.

Aliyev vowed to take revenge on Armenia for the killings on the battlefield, stressing that Azerbaijan would never attack civilians.

Şentop called on the international community to condemn Armenia's attacks on civilians.

"Those who still shut their eyes to these war crimes should know that they will be accused under international law of being accomplices," he said.

The attack on Ganja came only six days after a missile struck another residential part of the city of more than 300,000 people, killing 10 civilians and leaving many on edge.

Azerbaijan's civilian populated areas have come under intense attacks from Armenia since clashes broke out between Armenian and Azerbaijani forces in late September over Nagorno-Karabakh region.

Around 20% of Azerbaijan's territory has remained under illegal Armenian occupation for nearly three decades. Multiple U.N. resolutions, as well as many international organizations, have demanded the withdrawal of the Armenian occupying forces.