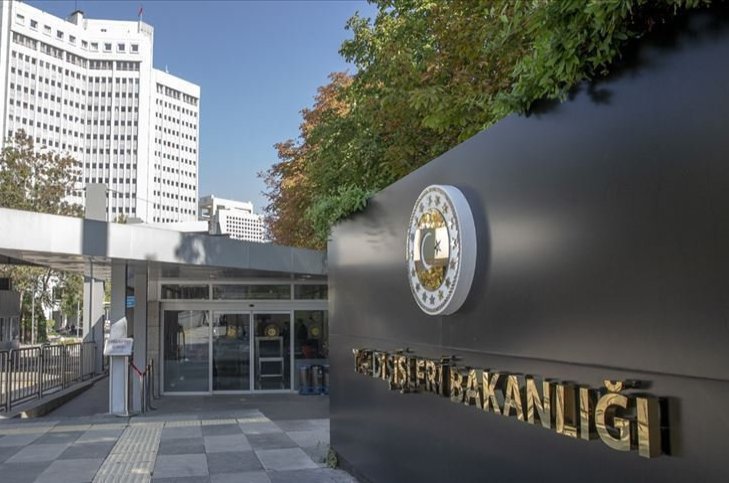 The Turkish Foreign Ministry on Wednesday called on Greece to end its policy of violating minority children's right to an education and to reopen schools for Western Thracian Turks.

For the past 25 years, Athens' "temporary suspension" of minority schools in the country's northeast, a region boasting a Muslim Turkish population numbering around 150,000, is a part of Greece's "assimilation and oppression" policy, Foreign Ministry spokesperson Hami Aksoy said in a statement. Such oppressive policies "have been carried out for decades against the Turkish minority in Western Thrace," he said.

For 25 years, Greece has been systematically shutting down schools belonging to the Turkish minority on the pretext of austerity measures and insufficient enrollment, said the ministry.

"The European Union is watching the systematic violation of human rights in a member state," Aksoy added.

Underscoring that Athens' actions violate the 1923 Treaty of Lausanne, Aksoy called on Greece to end its policy of using pretexts to violate the educational rights of minority children and to instead reopen these schools.

Aksoy also expressed support for statements made by Turkish minority institutions and organizations in Western Thrace, urging the international community and human rights groups to recognize and press on the issue.

"Our initiatives with Greek authorities to solve the educational problems of the Western Thrace Turkish minority will be resolutely continued on the basis of reciprocity established by the Lausanne Peace Treaty," the statement added.

The rights of the Turks in the region were guaranteed under the 1923 Treaty of Lausanne, a pact forged in the aftermath of the Turkish War of Independence following World War I. Since then, however, the situation has steadily deteriorated. After a Greek military junta came to power in 1967, the minority community started to face harsher persecution and rights abuses by the state. Following Turkey's 1974 peace operation in Cyprus to protect Turkish Cypriots there, the Greek military junta eventually fell, but tight restrictions on the minority group persisted and tightened. By the early 1990s, some rights of the Turks were partially restored, but problems regarding collective and civil liberties continued, and new challenges have emerged.