Turkey calls on int'l community to speak up against Armenia 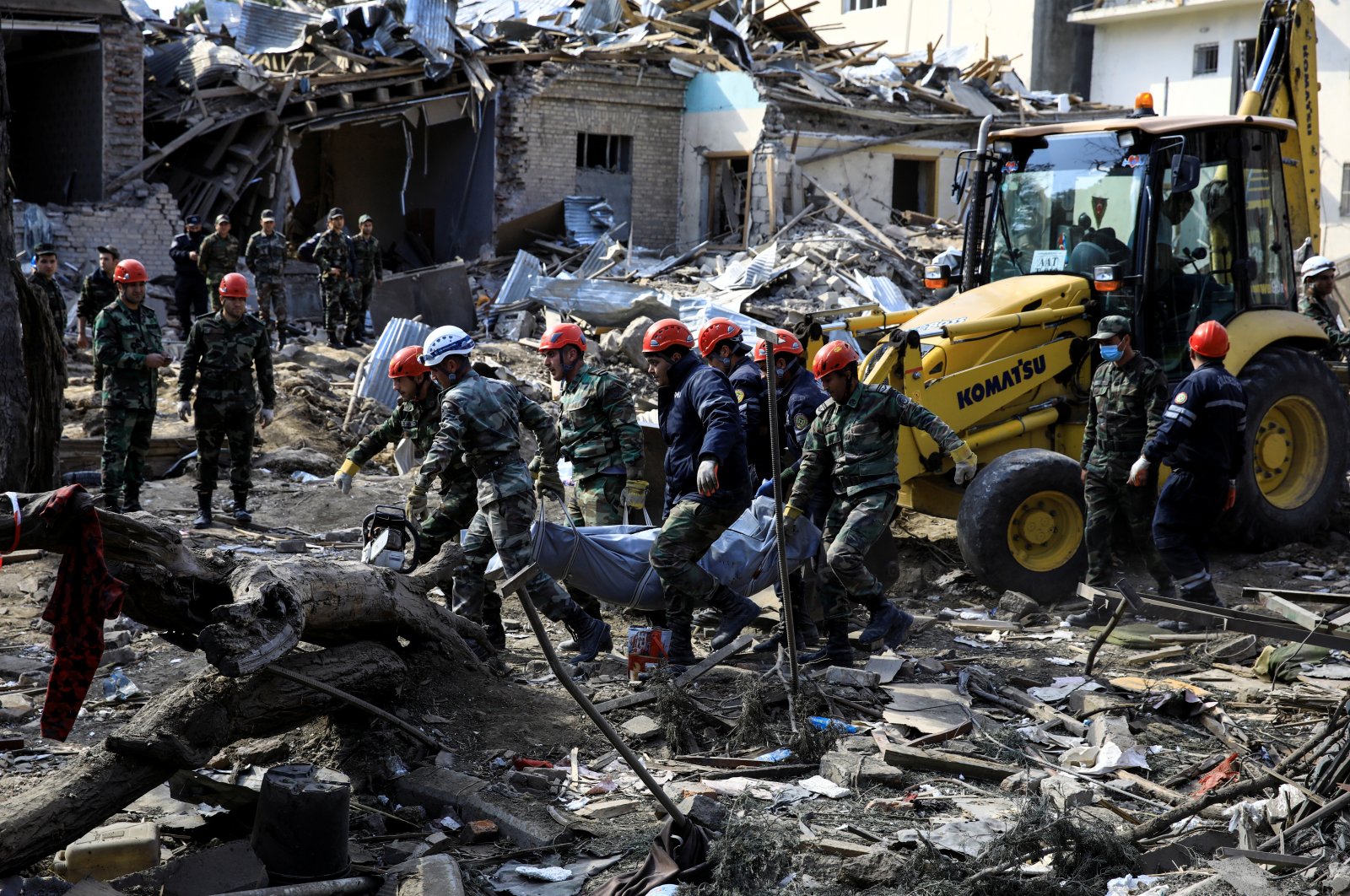 Search and rescue teams carry the body of a victim away from a blast site hit by an Armenian rocket during the fighting over the occupied region of Nagorno-Karabakh in the city of Ganja, Azerbaijan, Oct. 11, 2020. (REUTERS)
by DAILY SABAH Oct 11, 2020 11:26 am
RECOMMENDED

"International public opinion should speak up against Armenia," the Turkish Defense Ministry said on Sunday amid reports that Yerevan is violating the recently reached cease-fire in occupied Nagorno-Karabakh.

"Committing war crimes and crimes against humanity, Armenia now violates the cease-fire," the defense ministry said on its Twitter account, adding: "Even in a ceasefire, Armenia continues to assault civilian settlements."

Even in a ceasefire, Armenia continues to assault civilian settlements.

International public opinion should speak up against Armenia. https://t.co/Vo1cPHtGCb

Azerbaijan said Sunday that shelling by Armenian forces on the country's second-largest city had left seven people dead, one day after a cease-fire between the two sides had been due to take effect.

The agreement halted fighting that has raged on for two weeks. It entered into force at noon on Saturday and was approved by the Armenian and Azerbaijani foreign ministers during a marathon, Russia-brokered talk in Moscow.

Clashes between the longstanding foes erupted again late last month over the illegally occupied Nagorno-Karabakh region in Azerbaijan and the fierce fighting has left hundreds dead and thousands displaced.

As the attacks escalated, with the number of casualties rising, Foreign Minister Mevlüt Çavuşoğlu held a phone call with his Russian counterpart, Sergei Lavrov, on Sunday, discussing Yerevan's cease-fire violations.

Çavuşoğlu reportedly demanded that Lavrov warn Armenia to abide by the agreed-upon cease-fire with Azerbaijan.

The foreign minister also held a phone call with his Azerbaijani counterpart Ceyhun Bayramov later in the day over the violation of the cease-fire.