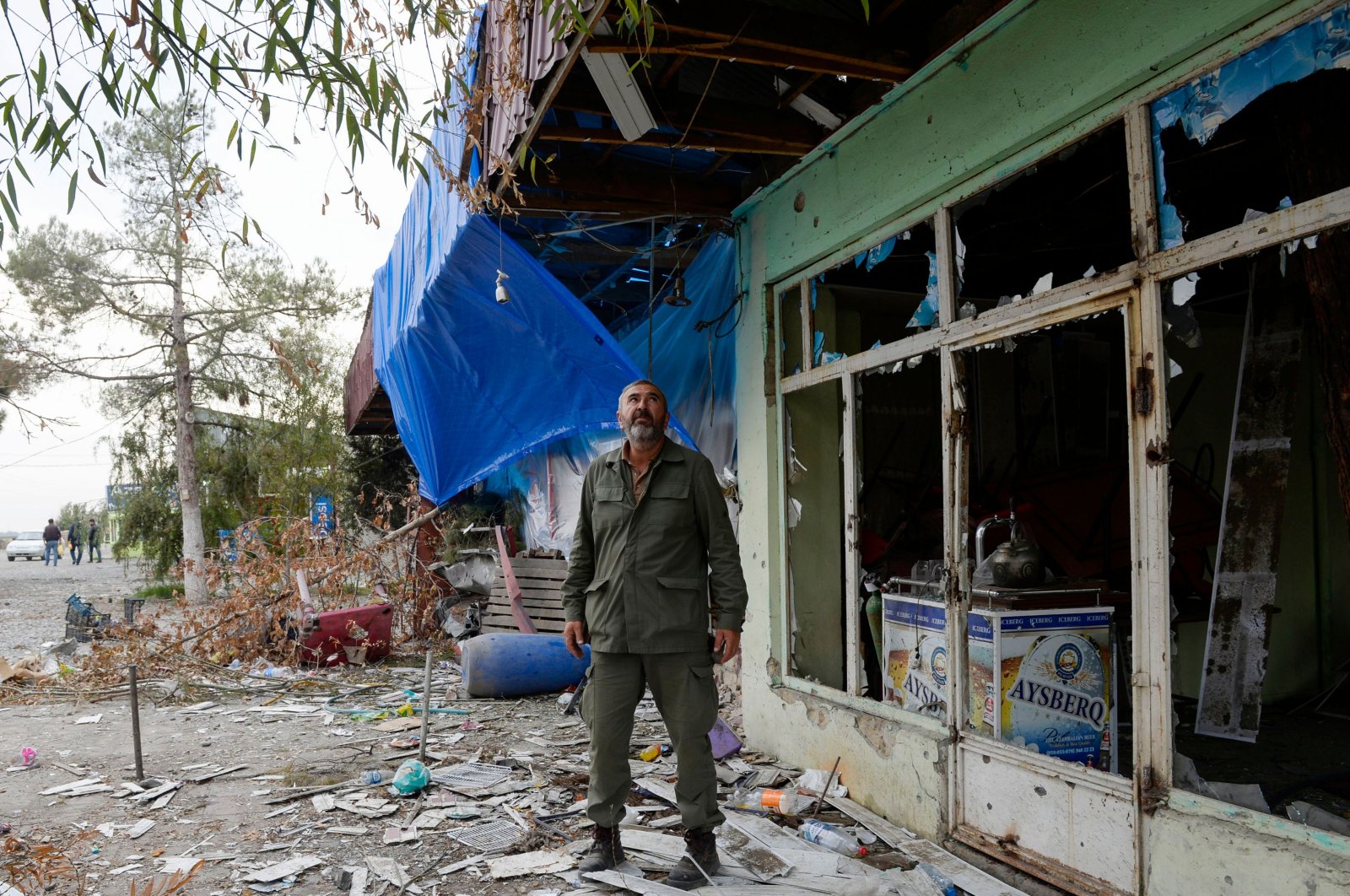 Local resident Rovshan stands by a cafe damaged by shelling in the settlement of Dord Yol in Azerbaijan's Tartar district on Oct. 26, 2020. (AFP Photo)
by Anadolu Agency
Oct 27, 2020 12:18 am

Turkey on Monday called on the co-chairs of the Minsk Group to start a results-oriented negotiation process aiming for a permanent solution to the conflict between Armenia and Azerbaijan in the Nagorno-Karabakh region.

Turkish Foreign Ministry spokesman Hami Aksoy said in a statement that for the efforts of the Minsk Group to yield concrete results, it would be necessary to take into account the recent cease-fire violations by Armenia and to launch such talks in line with the U.N. Security Council resolutions on the issue and international law.

The Organization for Security and Co-operation in Europe (OSCE) Minsk Group – co-chaired by France, Russia, and the U.S. – was formed in 1992 to find a peaceful solution to the conflict, but to no avail.

Aksoy noted that Yerevan had violated three cease-fires – one on Oct. 10, another on Oct. 18 and the latest going into effect on Monday morning – after the clashes erupted following Armenia's attack on Azerbaijan.

He said that the latest truce had been declared to allow for the exchange of prisoners of war and bodies as a result of the initiatives of the U.S., but was violated again "in minutes" by Armenia as it continued its attacks on Azerbaijani positions on the front line and civilian targets in Azerbaijan's inner regions far from the conflict zone

However, Armenia broke the truce only minutes after it was supposed to take effect on Monday, Azerbaijan's President Ilham Aliyev said.

Relations between the two former Soviet republics have been tense since 1991, when the Armenian military occupied Upper Karabakh, or Nagorno-Karabakh, an internationally recognized territory of Azerbaijan, and the seven adjacent regions.