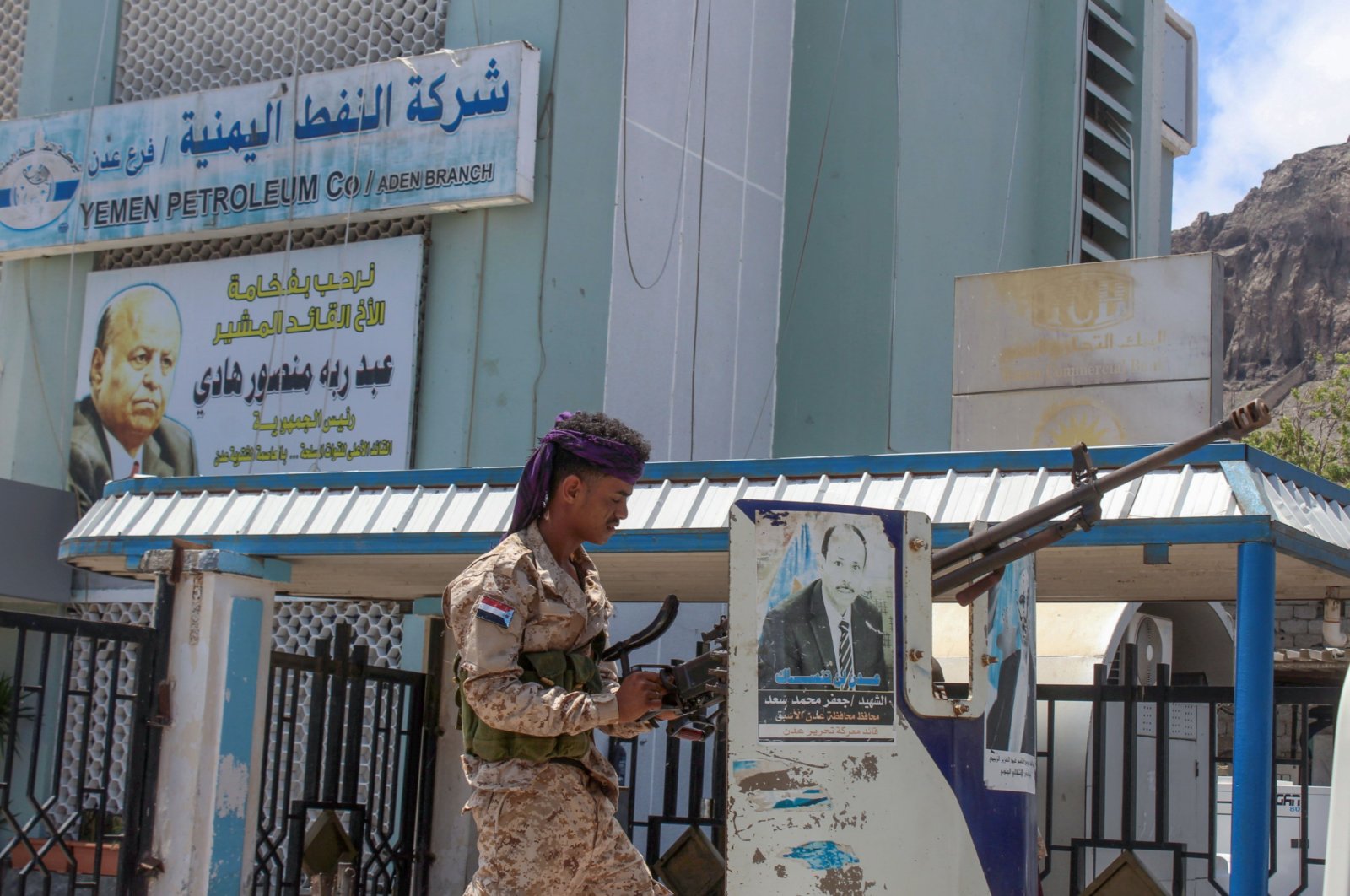 A fighter with Yemen's UAE-backed separatist Southern Transitional Council (STC) mans a gun in the back of a truck advancing past the Yemen Petroleum Co.'s branch in the southern city of Aden, April 26, 2020. (AFP Photo)
by DAILY SABAH
Apr 30, 2020 11:53 pm

The hostile attitude of the United Arab Emirates (UAE) against Turkey is an attempt to disguise it hypocrite policies, the Turkish Foreign Ministry said Thursday, calling on the country to stop its “destructive” agenda by fueling civil wars.
In a statement released by ministry spokesperson Hami Aksoy, Ankara called on the UAE to stop supporting the putschist government in Libya and funding terrorists such as al-Shabab in the African Horn.
Turkey has been always respectful toward the political and territorial unity of Arab countries, the statement noted, adding that the UAE should “know its place” and stop any hostile attitude against Turkey.
Stressing that the Turkish government would maintain its policy of supporting the U.N.-recognized administration of Libya, Aksoy said the "ugly" and "baseless" allegations made by the UAE administration were attempts seeking to cover up its "destructive policies."
He went on to say that the UAE is providing weapons, military equipment and funding to the putschists in Libya.
A statement by the Emirati Foreign Ministry Thursday expressed "its categorical rejection of the Turkish military intervention" in support of Libya’s United Nations-recognized Tripoli-based Government of National Accord (GNA). Since the beginning of the conflict in Libya, the UAE has been supporting self-renegade Gen. Khalifa Haftar.


Aksoy further noted that the international community was aware of the UAE's activities disrupting peace, security and stability in Libya, Yemen, Syria and the Horn of Africa.
It is no secret that the UAE supports separatist activities in Yemen and terror groups, particularly Al Shaabab, he added.
Earlier this week, UAE-backed groups in Yemen, named The Southern Transitional Council (STC), declared that they would be ruling the country’s south with no alignment with the internationally recognized and Saudi Arabia-backed central government.
Last Update: May 01, 2020 11:48 am