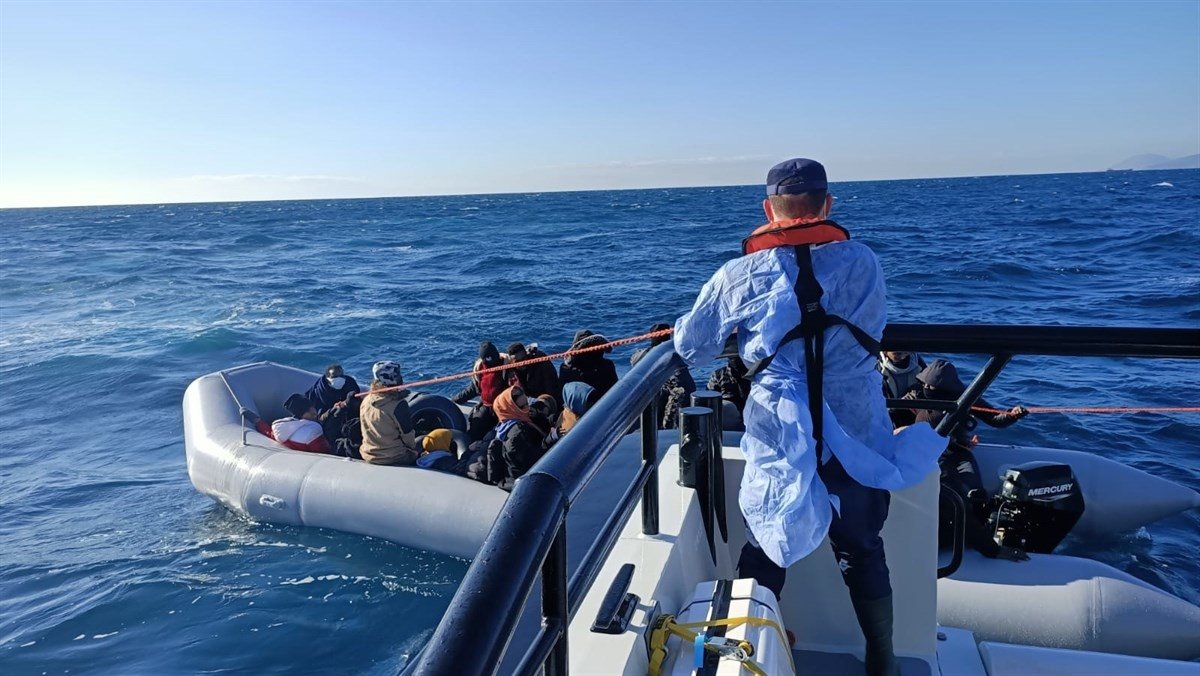 Turkey will continue to defend the rights of migrants and the vulnerable across the globe, President Recep Tayyip Erdoğan said Friday, marking Human Rights Day.

“We lend a helping hand to every innocent and wronged without exception with the belief that a fairer world is possible,” Erdoğan said in a video message for a program of his ruling Justice and Development Party (AK Party) on the occasion of Human Rights Day.

“Fascist implementations that take away people’s basic rights and freedoms and separate people according to their roots, beliefs, colors and appearance have become ordinary. Even though it shows only the tip of the iceberg, statistics display the extent to which hostility toward Islam and xenophobia has grown,” the president said.

“Last year, the number of hate crimes has doubled compared with the previous years. Again last year, attacks on migrants in three European countries in which the highest number of our citizens live have exceeded 3,000.”

Foreign Minister Mevlüt Çavuşoğlu also said on Friday that the country will defend the rights of asylum-seekers that it is hosting as well as of those whose human rights have been violated throughout the world.

In a message on the occasion of the 73rd anniversary of the United Nations Universal Declaration of Human Rights, Çavuşoğlu said that Turkey reaches the needy on the field in a fast and effective manner while pioneering the shaping of significant initiatives at the table.

Turkey has been a key transit point for irregular migrants who want to cross into Europe to start new lives, especially those fleeing war and persecution such as the Syrian civil war. Through its March 2016 agreement with the European Union, Turkey was key in bringing down migrant numbers and alleviating the crisis.

He stated that the experiences and challenges faced around the world since 1948 showed the value of the Universal Declaration of Human Rights, which aims to protect human rights and enable individuals to lead their lives in accordance with human dignity.

“Our country continues to take steps focused on human rights in order to remove the effect of the difficult conditions created by the new coronavirus (COVID-19) on especially women, children and the elderly,” Çavuşoğlu pointed out.

Çavuşoğlu also said Turkey has observed that rising racism, xenophobia, Islamophobia and hate speech throughout the world is threatening peace and violating the freedom of thought and faith guaranteed by the Universal Declaration of Human Rights.

"In all international platforms of which we are members, we bring up the dangers posed by these harmful tendencies and lead initiatives to tackle them,” he added, saying that Ankara draws attention to the importance of the culture of living together.

Anti-Muslim hatred has significantly risen in Europe in recent years. Far-right extremism and xenophobia have fueled Islamophobia in Western countries, where terrorist attacks by Daesh and al-Qaida as well as a migrant crisis are used as excuses to legitimize those views.

Turkish officials, including Erdoğan, have frequently urged European decision-makers and politicians to take a stance against racism and other types of discrimination that have threatened the lives of millions of people living within the bloc’s borders.

Erdoğan had said previously at the U.N. General Assembly and in his book with the same title that a fairer world is possible.

The president's book, "A Fairer World Is Possible," carries an in-depth explanation of Turkey's search for justice for all humanity.

Pointing to the dilemmas of global politics, especially injustice, the refugee crisis, international terrorism and anti-Islam rhetoric in the book, Erdoğan reveals the discrimination and double standards in the world with the example of the United Nations.

While the book also includes proposals for the restructuring of the U.N., it recommends the implementation of a perspective summed up in the phrase "The world is bigger than five" and focuses on changing the structure of the U.N. Security Council.

On the other side, head of the Turkish Human Rights and Equality Agency (TIHEK), Muharrem Kılıç, on Friday similarly called for reviewing and restructuring of the mechanisms to protect human rights at the U.N. scale.

Speaking to Anadolu Agency (AA), Kılıç hailed the creation of the declaration but said that despite this, humanitarian tragedies are continuing while asylum-seekers and those of different ethnic roots are left outside the universal protection mechanism.