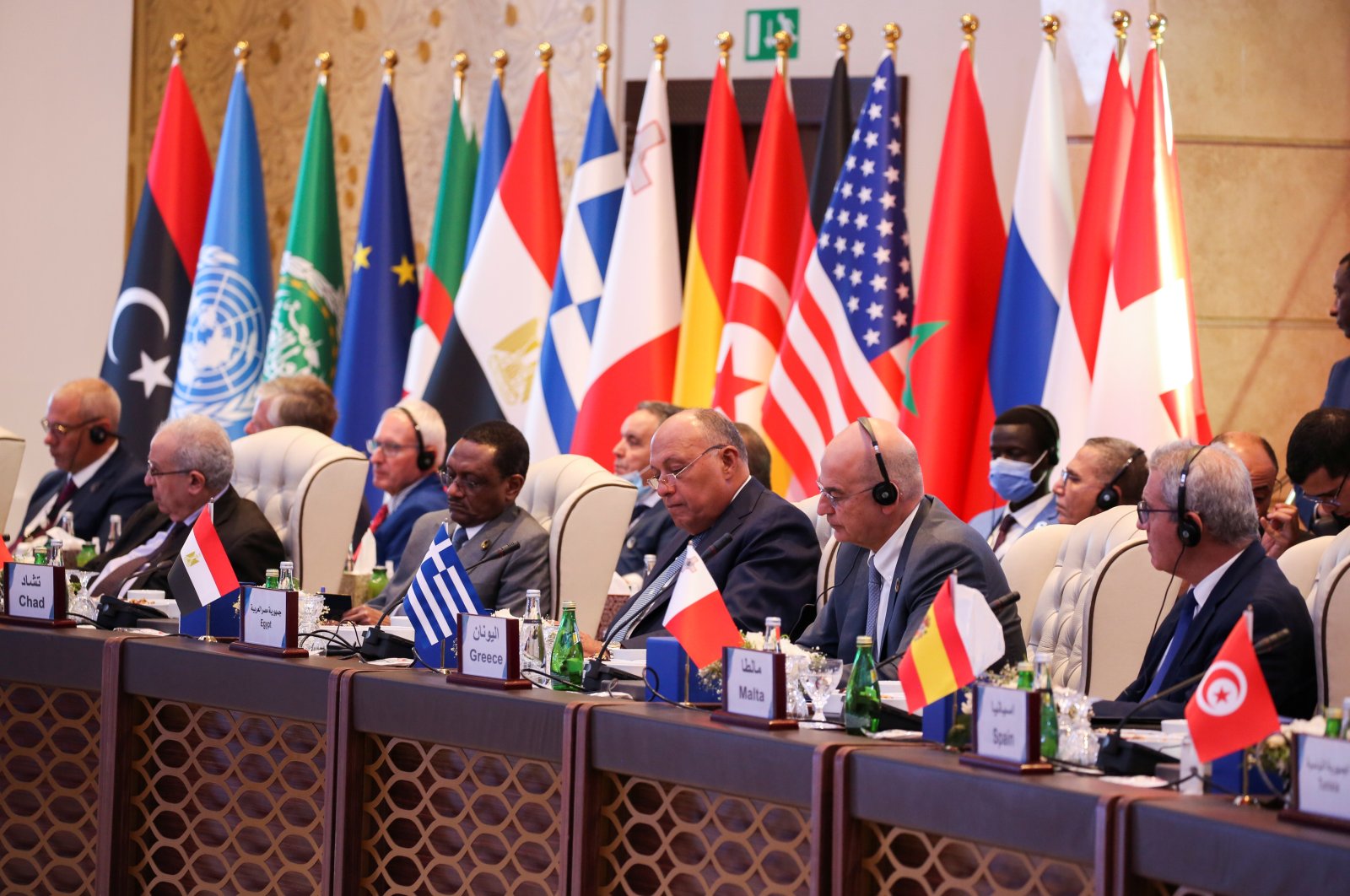 "The Libyans have proven, time and again, that they have the courage, resilience and determination to stabilize their country and bring the political process to a viable conclusion. Turkey will stand by Libya in this journey," said Önal, speaking at an international conference in Tripoli Thursday to help build stability in Libya.

"Now it is time to take steps towards national unity and reconciliation by building on the gains already achieved," he said.

Önal underlined the importance of ensuring territorial integrity and political unity in Libya so security, stability and prosperity can prevail.

He urged the international community to help empower the Government of National Unity (GNU), saying: "It is a must if we are candid about moving Libya forward."

"The GNU still needs our support to extend its authority to the entire country, to deliver public services and to unify state institutions," he noted.

On the national elections scheduled for December, Önal said Turkey is committed to the polls taking place on time.

The official underlined the importance of holding the elections in a free, fair and credible manner so its results are acceptable to all parties in the country.

Önal also highlighted the importance of stability for progress in Libya but added that it should be handled delicately as the cease-fire on the ground is still fragile.

Commenting on Turkey's position on the withdrawal of mercenaries and foreign fighters from the country, Önal said: "This should be done through proper consultations with all relevant parties and should be done on a sequential, gradual and, most importantly, verifiable fashion."

An international conference began on Thursday in Libya, aiming to drum up support and stability as the war-battered country gears up for a much-anticipated election.

Libya’s parliamentary and presidential elections were originally scheduled to be held on Dec. 24.

But parliament based in eastern Libya delayed the legislative polls until early next year, triggering an objection from the rival High State Council based in the capital Tripoli.

The Libyan rivals are meanwhile divided over constitutional rules, a dispute that has thrown the December vote into uncertainty.

On Thursday, officials from the United Nations, Germany, France, Italy and regional powers including Turkey, Egypt and Saudi Arabia gathered in Tripoli for talks.

"(The conference) underlines our continued support for implementing the elections, providing favorable circumstances for them and encouraging all Libyan sides to respect their results," he said.

The talks also seek to find common ground on other issues including the withdrawal of foreign forces and mercenaries from Libya.

In October last year, Libya's warring sides reached a countrywide permanent cease-fire agreement and set a three-month deadline for the withdrawal of foreign troops and mercenaries.

However, thousands of such fighters remain in Libya.

They include Russians sent by the shadowy Kremlin-linked Wagner group, African and Syrian mercenaries and Turkish soldiers deployed under a deal with a previous official unity government at the height of the last round of east-west fighting.

Earlier this month, representatives of Libya's warring sides agreed in Geneva to begin the process of withdrawing all mercenaries and foreign fighters from the country.

An action plan foresees this withdrawal "in a phased, balanced and synchronized manner," the U.N. said.

The U.N. Under-Secretary-General for Political Affairs Rosemary DiCarlo insisted on the importance of the December elections to "complete the transitional phase."

She called on international organizations to send "special envoys to observe this operation" and guarantee its transparency.

The meeting aims to "gather the necessary support, in a transparent way" for the vote, said Mangoush in a video published by her ministry on Sunday.

Also on the list of Libya's woes is the question of integrating and unifying the country's armed forces under a single command – forces that as recently as last year were firing at each other.

And while in theory the country has a unity government, its east is largely controlled by putschist Gen. Khalifa Haftar, widely expected to stand as a presidential candidate despite being despised by many in Libya's west.