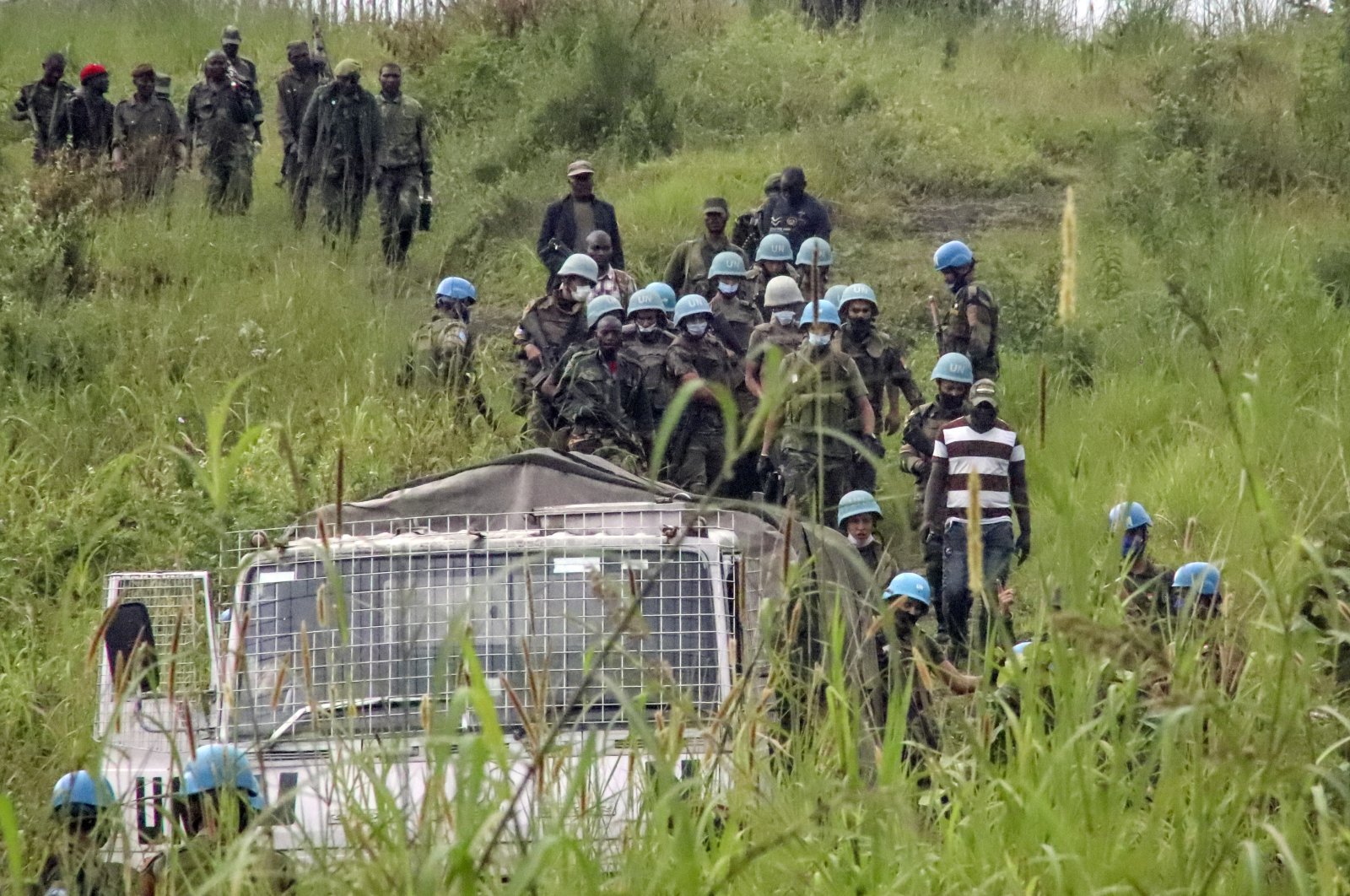 United Nations peacekeepers remove bodies from an area near where a U.N. convoy was attacked and the Italian ambassador to Congo killed, in Nyiragongo, North Kivu province, Congo, Monday, Feb. 22, 2021. (AP Photo)
by Daily Sabah with AA Feb 22, 2021 10:48 pm

Turkey condemned the attack which killed the top Italian diplomat in the Democratic Republic of Congo on Monday.

In a tweet, Foreign Minister Mevlüt Çavuşoğlu tagged his Italian counterpart Luigi Di Maio and said he was deeply saddened by the horrific attack.

The Foreign Ministry also condemned the attack and extended condolences to the families of the victims killed in the incident.

Deeply shocked and saddened by the demise of Ambassador Luca Attanasio of #Italy and a Carabinieri officer in a horrific attack in the Democratic Republic of Congo. Heartfelt condolences to friendly Italy, bereaved families and the Italian nation. @luigidimaio

“We are deeply saddened to receive the news that the Ambassador of Italy to the Democratic Republic of Congo, H.E. Luca Attanasio, together with his bodyguard and a driver have lost their lives in an attack on a U.N. convoy on 22 February 2021, in Goma, in the eastern part of DRC,” a statement by the ministry said.

Ambassador Attanasio, 43, was among three people killed in the attack on a U.N. convoy in the Democratic Republic of Congo.

Italian police officer Vittorio Iacovacci, 30, and their Congolese World Food Program driver – whose name has not been released – also died.

According to local sources, the convoy was attacked in an attempted kidnapping near Goma, the capital of North Kivu province.