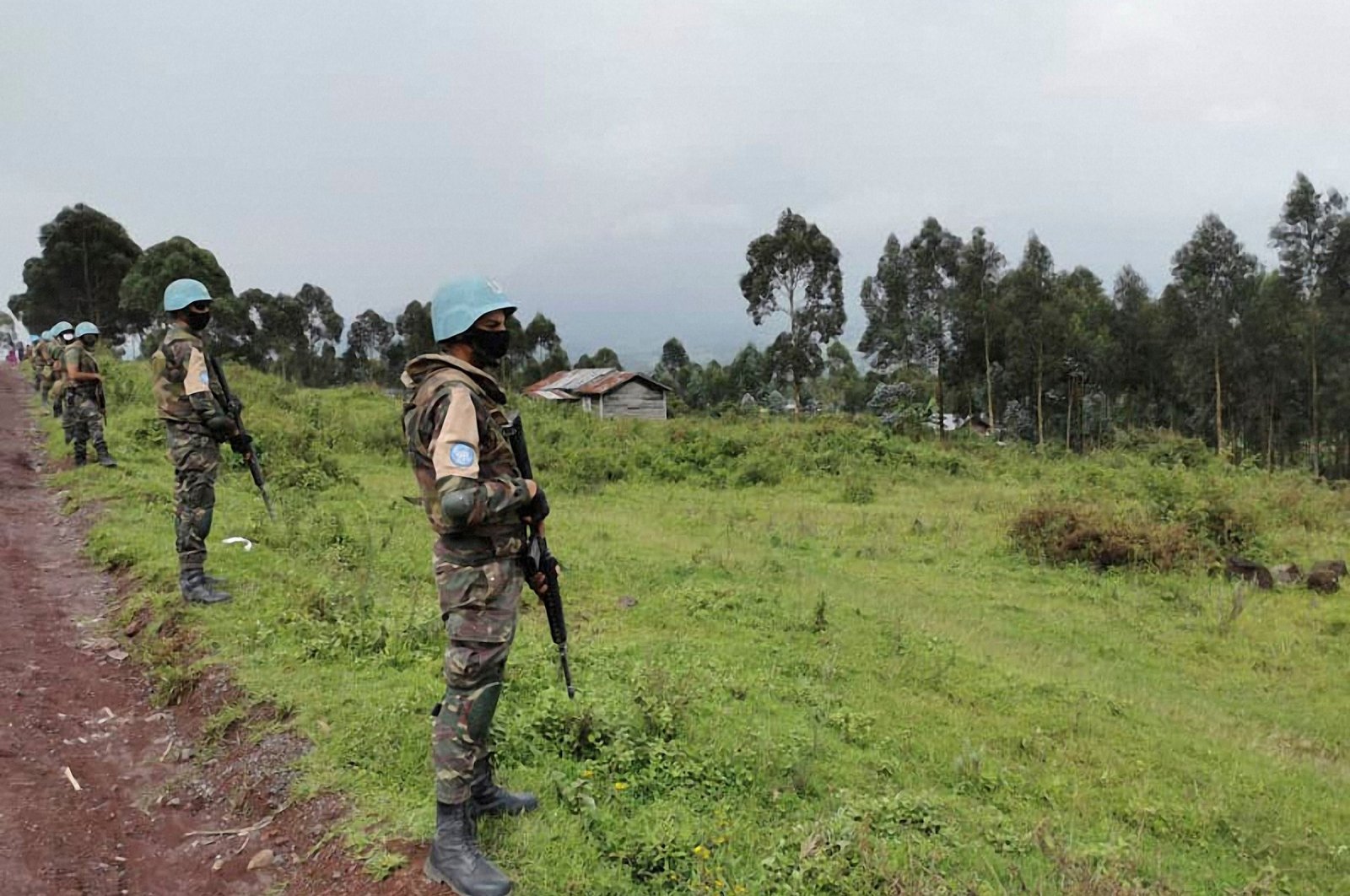 Italy's ambassador to the Democratic Republic of Congo was killed Monday in an attack on a United Nations convoy in the east of the country, the Italian foreign ministry said.

An Italian military policeman was also killed in the attack, the ministry said.

The ambush on the World Food Programme (WFP) convoy that killed Ambassador Luca Attanasio and the officer occurred near Goma, Congo’s eastern regional capital in the territory of Nyiragongo, in North Kivu, Congolese civilians said.

It is the same area, known as the “three antennas,” where two Britons were kidnapped by unidentified armed men in 2018, said Mambo Kaway, president of a local civil society group in the Nyiragongo territory.

“There were five people aboard the vehicle, including the Italian ambassador,” Kaway said. “The driver died after being shot with several bullets, and others were wounded,” he said.

“The situation is very tense," he added.

The wounded were taken to a nearby U.N. hospital.

EU foreign policy chief Josep Borrell informed the bloc’s foreign ministers of the incident at a meeting he is chairing in Brussels and presented his condolences to Italy and the United Nations.

“The news (is) extremely worrying, and we are following the situation closely with the EU delegation" in Congo, EU Commission spokesperson Nabila Massrali said. She provided no details about those killed or injured.

Congo’s east is home to myriad rebel groups all vying for control of the mineral-rich land.

More than 2,000 civilians were killed last year in eastern Congo in violence by armed groups whose brutal attacks using machetes and heavy weapons have also displaced millions in what the United Nations calls one of the worst humanitarian crises as attacks ramp up this year.

There are 5.2 million people displaced in the Central African nation, according to the United Nations Children’s Agency, which said in a report Friday that this represents more displaced than in any other country except Syria. In the past year alone, 50% have been displaced, it said.

The resource-rich nation the size of Western Europe suffered through one of the most brutal colonial reigns ever known before undergoing decades of corrupt dictatorship. Back-to-back civil wars later drew in a number of neighboring countries. And many rebel groups have come and gone during the U.N. mission’s years of operation, at times invading the eastern regional capital, Goma, where the ambassador was killed.

In January 2019, Congo experienced its first peaceful democratic transfer of power since independence in 1960 following the election of President Felix Tshisekedi. He succeeded strongman Joseph Kabila in a disputed election marked by allegations of large-scale fraud and suspicions of a backroom deal by Kabila to install Tshisekedi over an opposition candidate who, according to leaked electoral data, was the real winner.

The U.N. peacekeeping mission, known by its acronym MONUSCO, has been working to draw down its at least 16,000-troop presence and transfer its security work to Congolese authorities.

After serving in diplomatic roles in Switzerland, Morocco and Nigeria, Attanasio was appointed ambassador at the Italian embassy in Kinshasha in September 2017.

Attanasio was awarded a peace prize in October 2020 in a ceremony held in a church in southern Italy. The Nassiriya International Prize for Peace is named in memory of the 19 Italians, including 12 Carabinieri paramilitary officers, five soldiers and two Italian civilians, who were killed in the bombing of the Italian military base in southern Iraq in 2003. Nine others were also killed.

Attanasio was cited for “his commitment aimed at safeguarding peace between peoples” and for “having contributed to the realization of important humanitarian projects, distinguishing himself for altruism, dedication and the spirit of service for people in difficulty,” said La Repubblica daily in its account of the ceremony.

La Repubblica quoted Attanasio as saying, “All that which we take for granted in Italy isn’t in Congo, where, unfortunately, there are so many problems to resolve.” Attanasio described the role of the ambassador there is “above all to be close to the Italians but also to contribute to achieving peace.” Some 1,000 Italians live in Congo.