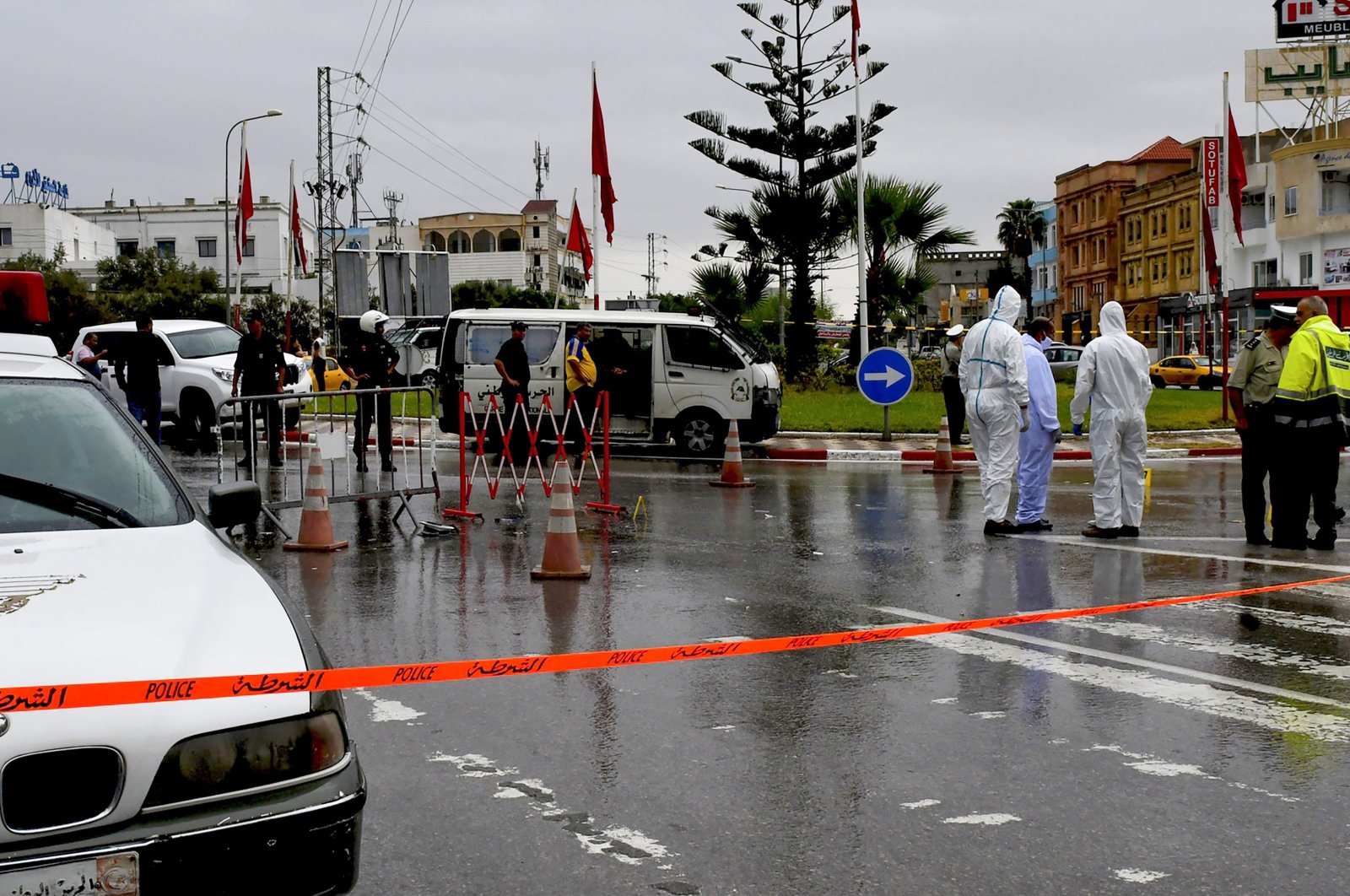 Turkey condemned a deadly terror attack in the North African nation of Tunisia, which killed one Tunisian National Guard officer and wounded another, the Turkish Foreign Ministry said Monday.

"We are saddened to receive the news that a member of the National Guard lost his life and another was injured, as a result of an attack at a security checkpoint in Sousse, Tunisia, on Sept. 6, 2020, which was claimed by the Daesh terrorist organization," the ministry said in a written statement.

"We wish Allah's mercy upon the security personnel who lost his life in this heinous attack, a swift recovery to the injured officer and extend our condolences to the brotherly people of Tunisia," the ministry added.

The attack on Sunday morning in a tourist district of the coastal city of Sousse saw a group of assailants ram a patrol of the National Guard with a vehicle before stabbing the officers.

The Daesh terrorist group said Monday its "fighters" had carried out the attack, in a brief statement by its propaganda arm Amaq on the Telegram messenger service.

Sunday's incident took place close to the site of the deadly attack, in which 38 people, most of them British tourists, were killed in a 2015 beachside shooting rampage.

The year 2015 was particularly bloody, with three major deadly attacks claimed by Daesh. Apart from the beachside shooting, an attack at the capital's Bardo museum in March killed 21 foreign tourists and a security guard and in November of that year, a bomb blast on a bus in central Tunis killed 12 presidential guards.

While the situation has significantly improved since then, Tunisia has maintained a state of emergency.

Tunisian authorities said Monday they had arrested seven people over the attack.