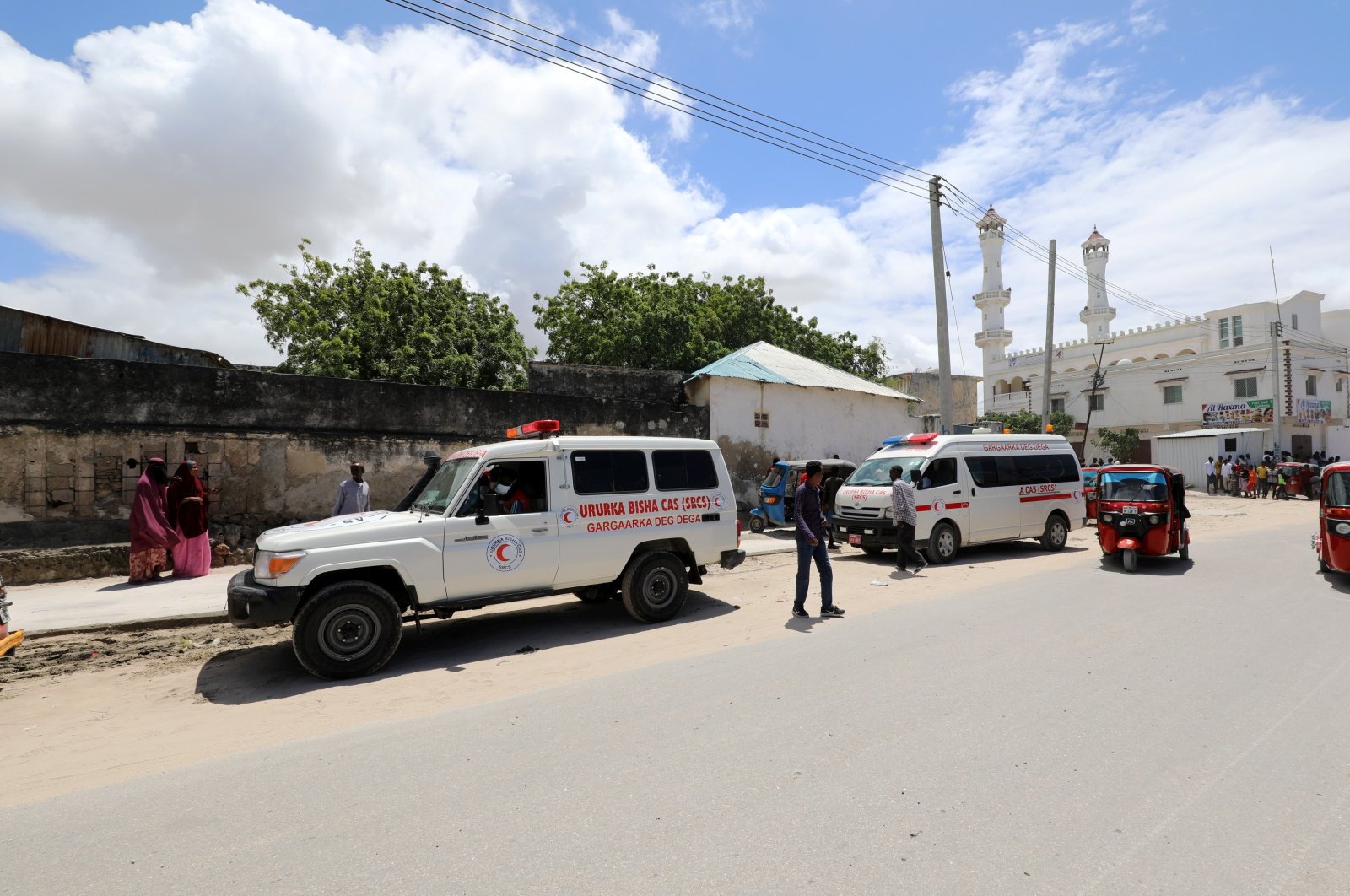 The Turkish Foreign Ministry on Saturday condemned recent terror attacks carried out in African countries of Burkina Faso and Somalia.

"We are saddened by the news that many people have lost their lives and were injured in a terrorist attack against a livestock market in Namoungou village, in the eastern part of Burkina Faso, on 7 August 2020," the Turkish Foreign Ministry said in a statement.

"We condemn this heinous terrorist attack. We extend our sincere condolences to the brotherly people and Government of Burkina Faso and wish a speedy recovery to the injured," the statement added.

Around 20 people were killed on Friday in an attack by an armed group on a cattle market in the east of Burkina Faso, a local governor said.

Officials did not blame any group for Friday's attack, but Burkina Faso is caught up in an extremist insurgency that began in Mali and has spread to neighboring countries.

"Unidentified armed individuals burst into a cattle market in Namoungou village in the region of Fada N'Gourma and attacked the population," the governor, Col. Saidou Sanou, said in a statement.

"According to an initial toll, around 20 people have been killed and numerous others wounded."

Burkina Faso is one of the world's poorest countries, and the insurgency there has killed more than 1,100 people and forced nearly a million people from their homes.

"We received the news with deep sorrow that eight people have lost their lives and many were injured as a result of a suicide attack with a bomb-laden vehicle following a mortar fire to the base of ‪12 April Brigade in Mogadishu, Somalia," the ministry also said.

"We strongly condemn this heinous terrorist attack. We extend our condolences to the brotherly people of Somalia and to the Government of the Federal Republic of Somalia, praying Allah bestows mercy upon those who have lost their lives and a speedy recovery to the injured," the statement also added.

At least eight people were killed when a car bomb exploded at an army base in the Somali capital Mogadishu on Saturday, military and emergency services said.

The attack, claimed by the Al-Shabaab militant group, targeted a compound near Somalia's national stadium where soldiers from the Somali National Army are stationed.

"There was a heavy blast at the 27th brigade camp. A vehicle loaded with explosives rammed the entrance and there are casualties. Seven people died, and more than 10 others were wounded," said Mohamed Abdirahman, an army lieutenant.

Somalia has suffered near-continuous conflict for almost 30 years, while the internationally backed government in Mogadishu has been fighting Al-Shabaab extremist insurgents since 2008.

Bombings and other terrorist attacks are common in Mogadishu, although few have been recorded in recent months.

Turkey has strong historical ties with Somalia, aiming for mutually beneficial relations. Turkey has been involved in more than 150 development aid projects in the East African nation through the Turkish Cooperation and Coordination Agency (TIKA) since 2011.