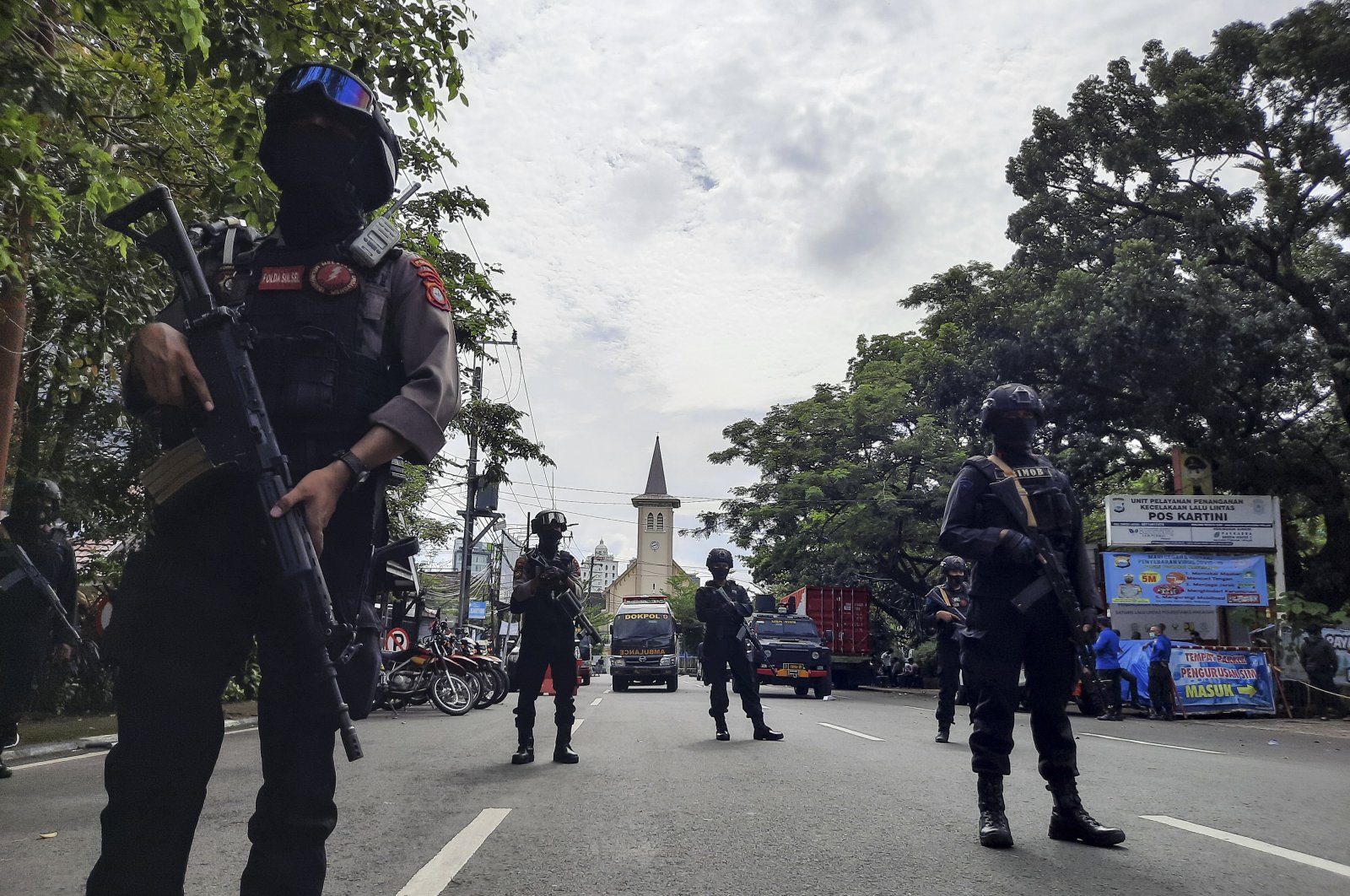 Police officers stand guard near the Sacred Heart of Jesus Cathedral in the aftermath of an explosion in Makassar, South Sulawesi, Indonesia, March 28, 2021. (EPA Photo)
by DAILY SABAH Mar 28, 2021 11:15 pm

Turkey strongly condemned the recent terrorist attack in Indonesia, which injured at least 20 people at a church.

“As a country which fought against terrorism for many years and lost a large number of citizens under terrorist attacks, we strongly condemn this heinous attack,” the Foreign Ministry said in a statement Sunday.

The ministry continued by saying that it wishes a speedy recovery to the victims and expressed solidarity with the people and the Government of Indonesia.

At least 20 people were injured after two terrorists blew themselves up outside a packed Roman Catholic cathedral during a Palm Sunday Mass on Indonesia’s Sulawesi island, according to police.