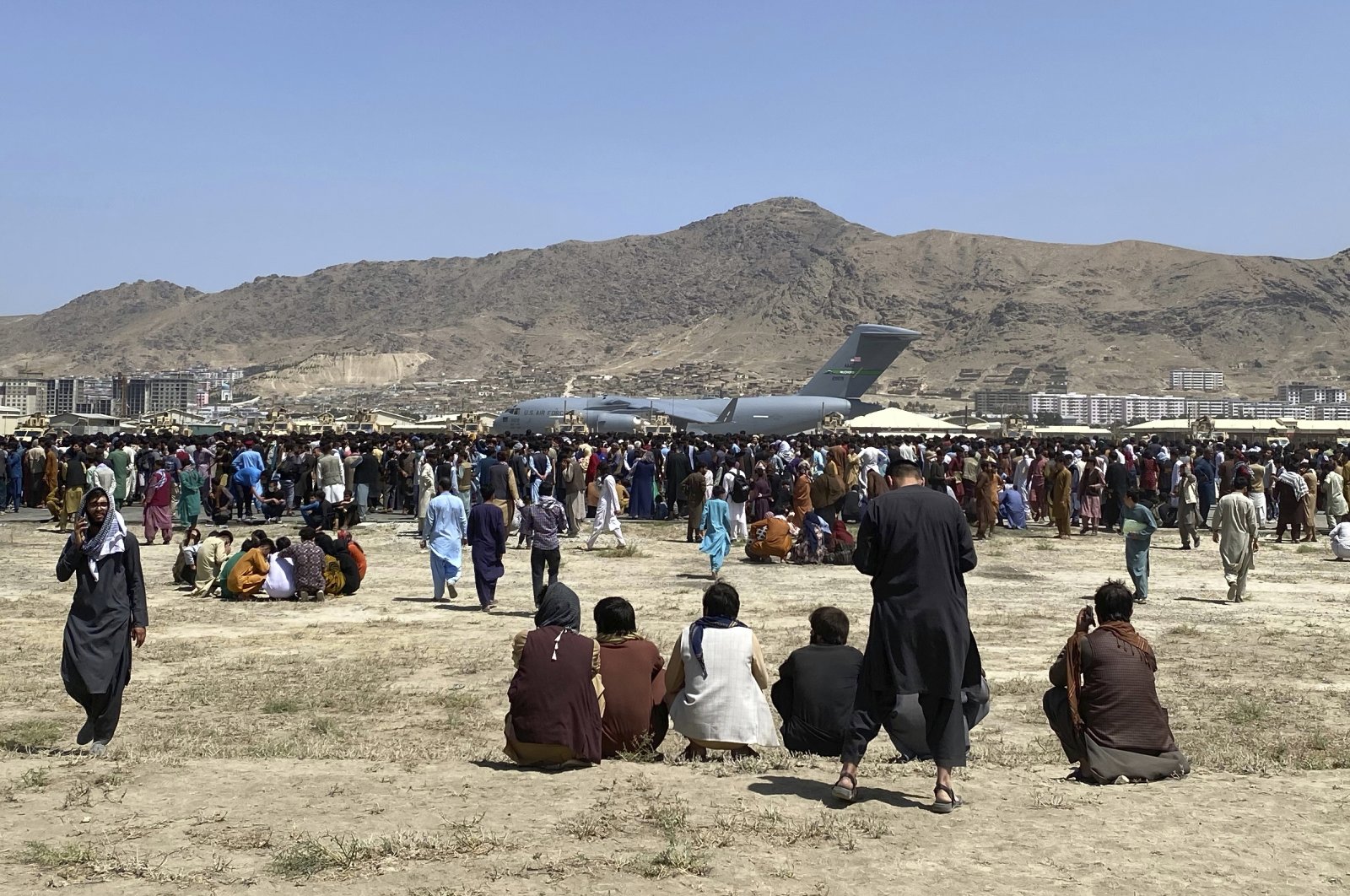 Hundreds of people gather near a U.S. Air Force C-17 transport plane at a perimeter at the international airport in Kabul, Afghanistan, Monday, Aug. 16, 2021. (AP Photo)
by DAILY SABAH WITH AGENCIES Aug 17, 2021 11:26 am
RECOMMENDED

Turkey continues to maintain dialogue with all parties in Afghanistan, including the Taliban, Foreign Minister Mevlüt Çavuşoğlu said Tuesday.

"We welcome the positive messages given by the Taliban to foreigners, diplomatic missions and their own population. I hope we will see (the same approach) in their actions," Çavuşoğlu said.

The top diplomat also highlighted that Turkey has been helping countries evacuate their citizens at the Kabul Hamid Karzai International Airport.

“We have seen in the recent weeks that the Taliban has advanced quickly in all provinces with the withdrawal of the U.S. With Ashraf Ghani leaving the country, a vacuum was created in Kabul and the Taliban entered Kabul. It has gained de facto control of the country,” Çavuşoğlu added.

He elaborated that Turkey is cooperating with the U.S. regarding evacuations at the airport which will continue in the upcoming days when safety is ensured.

The foreign minister also noted that Ankara would discuss the transition process in Afghanistan and the fate of Kabul airport security.

"We hope to see a unity government in Afghanistan with the Afghan rivals agreeing on a mechanism that secures the peace and stability of the country," he said.