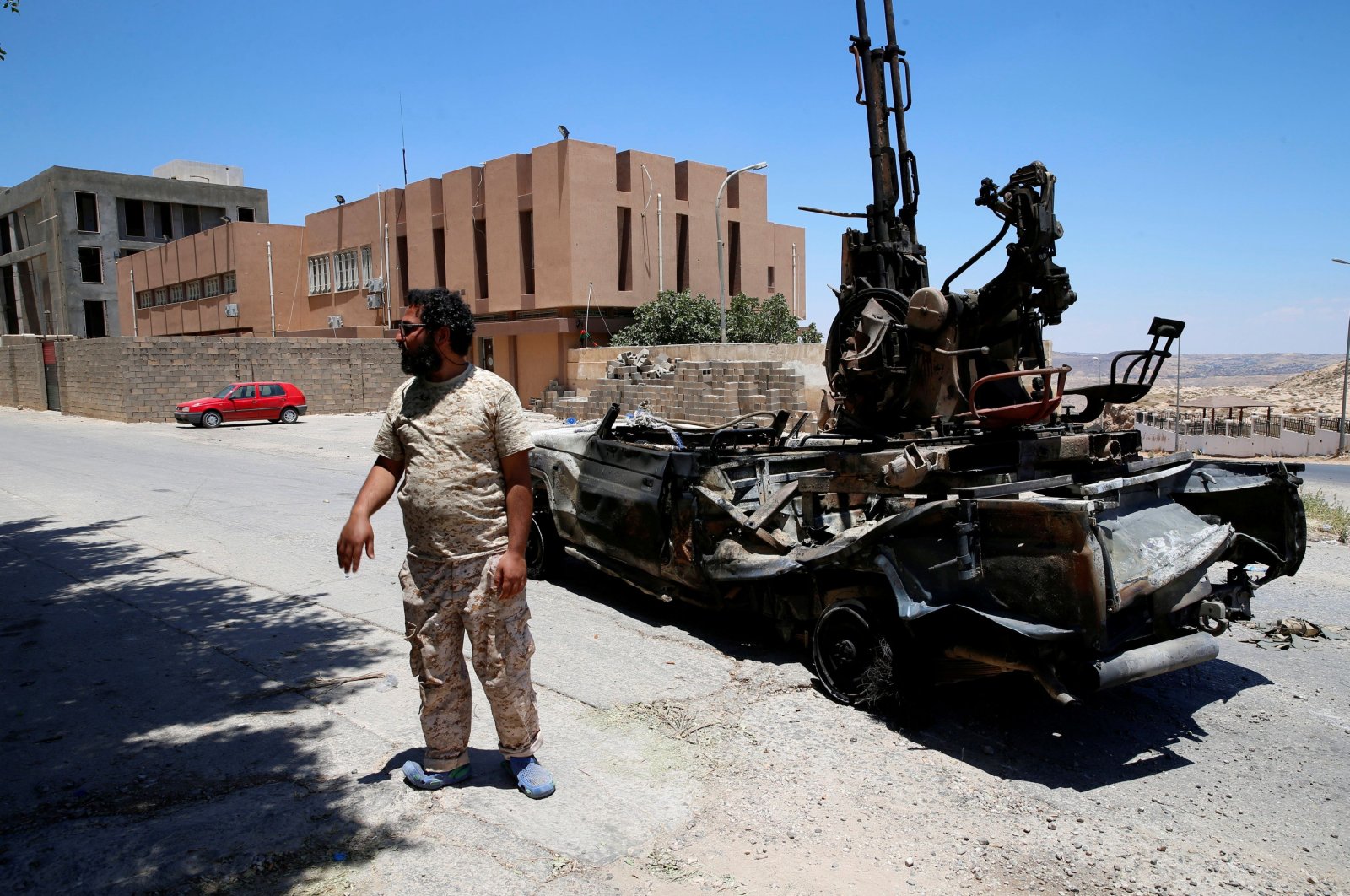 Turkey criticized the decision by the European Union to impose sanctions on a Turkish maritime company for allegedly violating the United Nations' arms embargo on Libya.

"It has no value in our sight to add our maritime company to the sanctions list in the context of Libya as a result of the EU Foreign Affairs Council's meeting," the Foreign Ministry said in a statement Tuesday.

The EU on Monday froze the assets of Avrasya Shipping, whose cargo vessel Cirkin was involved in a naval incident between NATO members France and Turkey in June.

The EU has accused the company of using the ship to smuggle weapons to Libya. Ankara denies the arms-trafficking claim and says the ship was carrying humanitarian aid.

The statement continued by noting that it is “extremely unfortunate” that such a decision was taken at a time when efforts are ongoing to reduce tensions in the Eastern Mediterranean.

The Foreign Ministry accused the EU’s Operation Irini of supporting the putschist Gen. Khalifa Haftar in Libya and punishing the U.N.-recognized Government of National Accord (GNA).

Operation Irini, approved by EU foreign ministers on March 31 of this year, aims to operate in the air and sea and with satellites to ensure that all countries respect a ban on providing arms to the parties involved in the Libyan conflict.

"Overlooking those countries and companies, starting with the UAE, that send weapons from land and air to the putschist Haftar in violation of the (U.N. Security Council) decisions, while the support provided to the legitimate government ... is deemed an embargo violation, is a clear signal that the EU is ... biased," the ministry said.

It said if the EU wants security and stability in the region, it should abandon this biased attitude and act in consultation and cooperation with Turkey.

Although the operation aims to enforce the U.N. arms embargo on Libya's warring sides, it mainly focuses on maritime activities in the Mediterranean, while Haftar's side – the enemy of the legitimate Libyan administration – continues to receive arms and ammunition mainly by air and land, according to Libyan Prime Minister Fayez Sarraj.

The U.N. recognizes the Libyan government headed by Sarraj as the country's legitimate authority.

Haftar has the support of the United Arab Emirates (UAE), Egypt and Russia, while the U.N.-recognized government is backed by Turkey.

Russia and the UAE have been providing arms and military equipment to Haftar’s forces.

Some 70 resupply flights have landed in eastern airports in support of Haftar's forces since July 8, Stephanie Williams, deputy head of the U.N. Support Mission in Libya (UNSMIL) for political affairs, told the U.N. Security Council.

In the same period, 30 flights and nine cargo ships carried materials to western Libya to assist the GNA in Tripoli.

A U.N. report revealed that Russia has stepped up its logistic support for the private military contractor Wagner Group in Libya with some 338 military cargo flights from Syria in the nine months leading up to July 31 to aid Wagner fighters backing eastern-based Haftar.