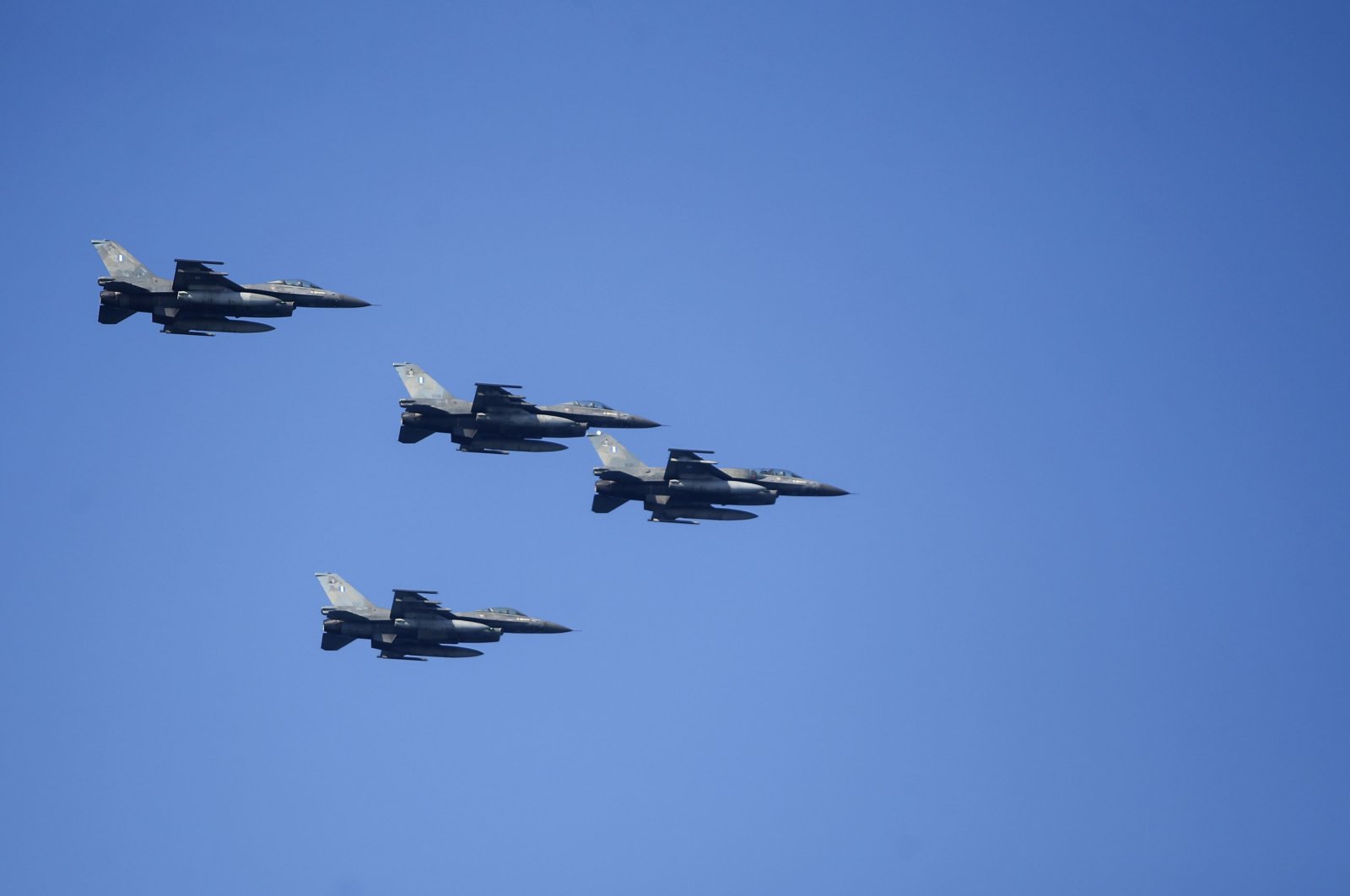 Greece continues to maintain its provocative actions against Turkey and has committed 2,321 violations in the demilitarized islands in the Eastern Mediterranean, the Defense Ministry said Tuesday.

In a statement, the ministry said Greece violated the demilitarized status of islands 2,321 times using naval and air vehicles in 2021.

Starting from the Treaty of London in 1913, the militarization of the eastern Aegean Islands was restricted and their demilitarized status was confirmed in the Treaty of Lausanne signed in 1923. The Lausanne treaty established a political balance between the two countries by harmonizing vital interests including those in the Aegean.

However, Greece argues that the 1936 Montreux Convention on the Turkish Straits should be applied in this case, while Ankara says Greece's obligation to disarm the islands remains unchanged under the Montreux Convention, as well as there being no provision that differentiates it from the Treaty of Lausanne on the issue.

Greece gradually began to militarize the islands after 1960 and then fastened the pace after the Cyprus crisis of 1974.

Greece also violated a 1988 agreement on avoiding military drills and training activities on statutory and religious holidays 59 times in the past year and carries out exercises with extraterritorial countries in the Aegean and Eastern Mediterranean seas by creating a false perception of hostility.

The Defense Ministry said Turkey continues to take necessary initiatives through diplomatic channels against Greece’s unlawful and provocative stance and retaliates in kind under the scope of reciprocity.

“Greece tries to portray the image of victim by bending the truth, concealing its unlawful and violent acts by taking shelter under its European Union membership, and trying to forge alliances by creating the false perception of threats,” the ministry said, adding that such actions contradict the spirit of the NATO alliance and bilateral relations.

The ministry also criticized Greece for violently pushing back migrants, threatening their lives and erasing proof documenting its crimes in the Eastern Mediterranean.

Turkey expects its neighbor to stop trying to get third parties involved in the conflict, and rather than listing preconditions for dialogue and talks, strive to solve problems through peaceful means based on international law.

The ministry noted that it repeated its invitation to their Greek counterparts to attend the fourth round of confidence building talks in Ankara.

“As we’ve repeatedly said, Turkey does not pose a threat to anyone, on the contrary, it is an effective and strong ally for its friends and partners,” the ministry said, adding that the country wants the Turkish and Greek people to fairly utilize the resources of the region and live in peace, prosperity and security.