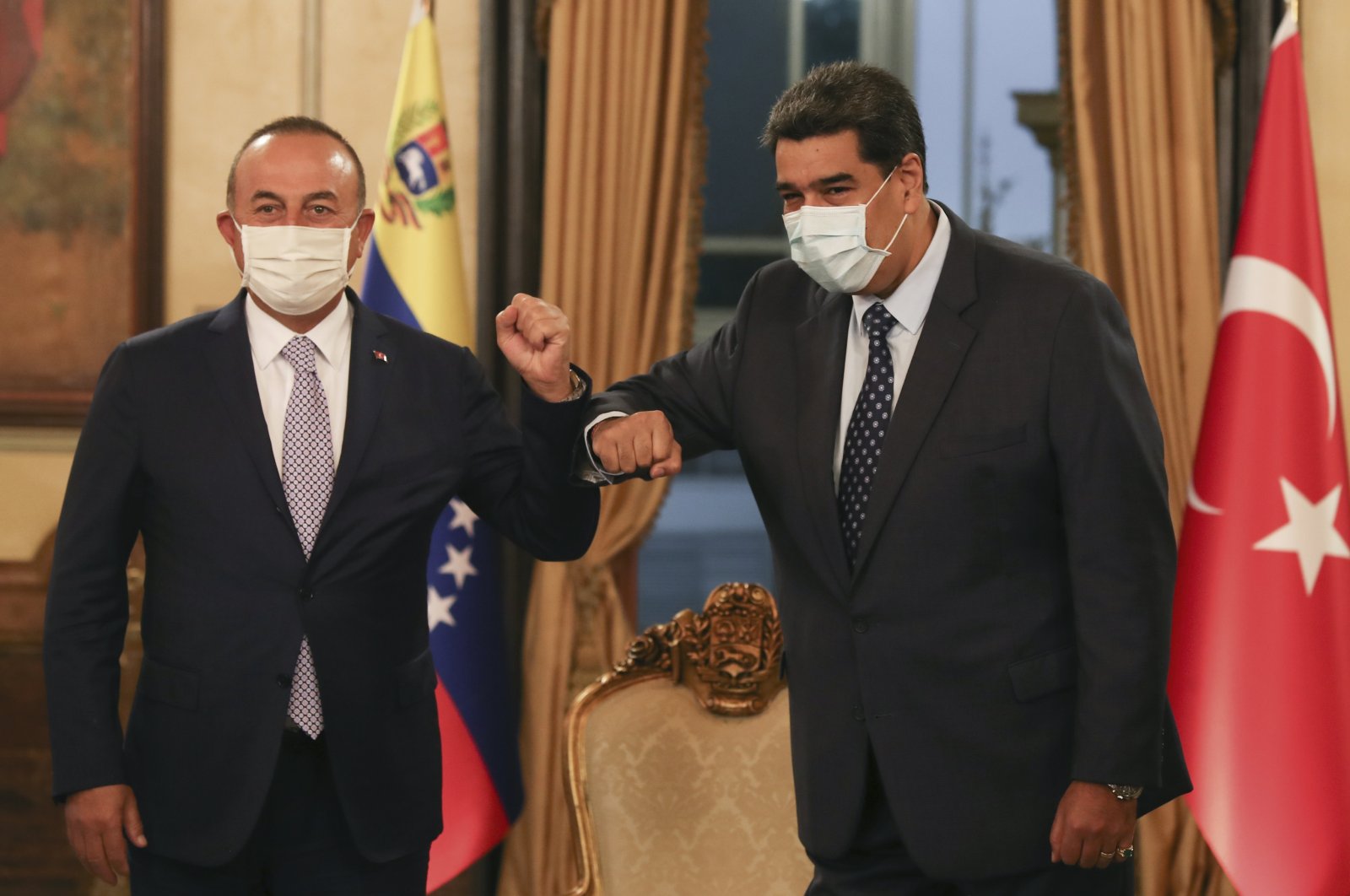 Foreign Minister Mevlüt Çavuşoğlu and Venezuela's President Nicolas Maduro touch elbows as they pose for photos before their talks, in Caracas, Venezuela, Aug. 18, 2020. (AP Photo)
by DAILY SABAH WITH AGENCIES Aug 19, 2020 11:23 am
RECOMMENDED

During his visit to Venezuela, Çavuşoğlu met with high-level officials to consolidate strategic commitments, 70 years after diplomatic ties were first established between Caracas and Ankara.

The two nations signed an agreement that would allow for the construction of housing and a hospital, as well as the delivery of supplies to cope with the outbreak of the coronavirus in the South American country, where cases have exceeded 34,000.

"We are going to review economic and health issues," said Arreaza, indicating that the visit will strengthen relations between the two countries.

Turkey has been one of the key backers of Venezuela's President Nicolas Maduro, who has overseen a six-year economic crisis in the once-prosperous OPEC nation but has so far withstood an 18-month effort by the U.S. to oust him through sanctions on the country's oil industries.

"Neither sanctions, nor a blockade, nor any type of situation will prevent us from deepening our economic and commercial relationships," Arreaza said in a state television broadcast after meeting Çavuşoğlu.

As tensions between Caracas and Washington have grown in recent years, Turkey has deepened economic ties with Venezuela, exporting products for a state-run food distribution program and purchasing the South American country's gold.

Çavuşoğlu also met with Maduro and Vice President Delcy Rodriguez. He said the plane he arrived on had also brought medical equipment, including rapid tests to detect COVID-19.

"We are friends, and we are assisting each other in difficult times," he said. "We are friends of Venezuela in good times or bad."

After visiting Venezuela, Çavuşoğlu headed to Haiti to visit his counterpart Claude Joseph.