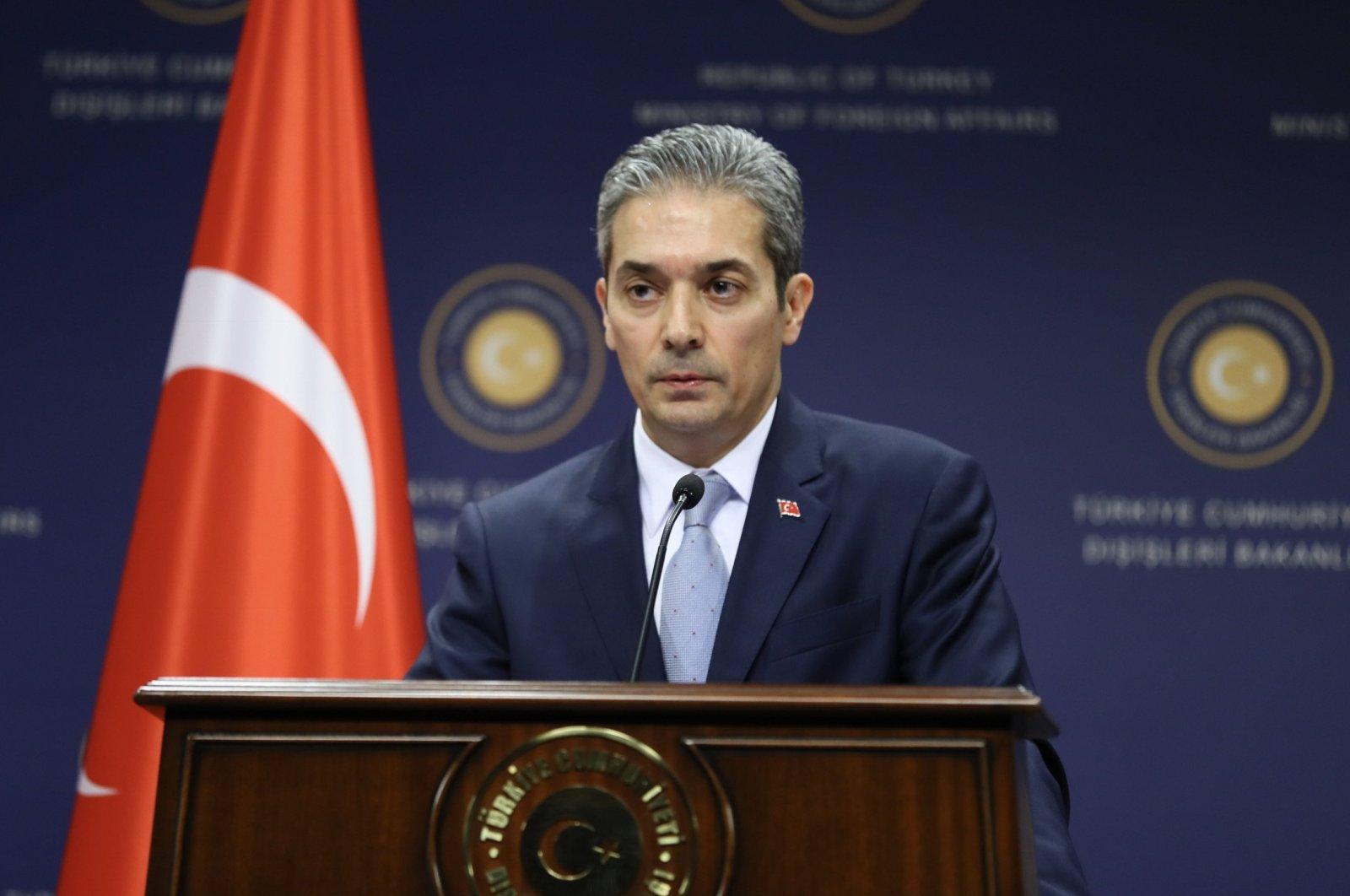 The Foreign Ministry on Thursday rejected claims that Turkey intentionally put a plane carrying Greek Foreign Minister Nikos Dendias on hold as it passed through Turkish airspace on his way back from Iraq late Wednesday.

Recent reports on Greek media outlets claimed that Dendias’s plane was put on hold for 20 minutes as Ankara allegedly refused to grant authority for an overflight.

In a statement, Foreign Ministry Spokesperson Hami Aksoy said Turkey had granted the necessary permission for the Greek plane passing through Turkish airspace in a timely manner.

Aksoy noted that Ankara also granted permission to another flight used by Dendias after his initial aircraft malfunctioned.

“The reports about Minister Dendias’s plane being put on hold before entering Turkish airspace are intentional and do not reflect the truth,” Aksoy said, adding that the plane departed Iraq without presenting flight plan data, which could not be tracked on the Eurocontrol system.

“The moment the mentioned plane approached our airspace we immediately requested the plan from Iraqi authorities and the flight proceeded as soon as we received the data,” Aksoy said, adding that it was not possible for any plane to carry out flights without plans.

The spokesperson also said requesting such data was mandatory to ensure the Greek foreign minister's security, and Turkey has informed its Greek counterparts about the details of the matter.

Relations between the two countries hit an all-time low as a result of several issues, including a dispute over resources in the Eastern Mediterranean, the migrant crisis, Greece’s treatment of Gülenist Terror Group (FETÖ) fugitives and its failure to extradite terrorist suspects to Turkey.

Tensions in the region have especially been high since Turkey resumed energy exploration in the Eastern Mediterranean last month, after Greece and Egypt signed a controversial maritime delimitation deal, spurning Ankara's goodwill gesture of halting a previous search.