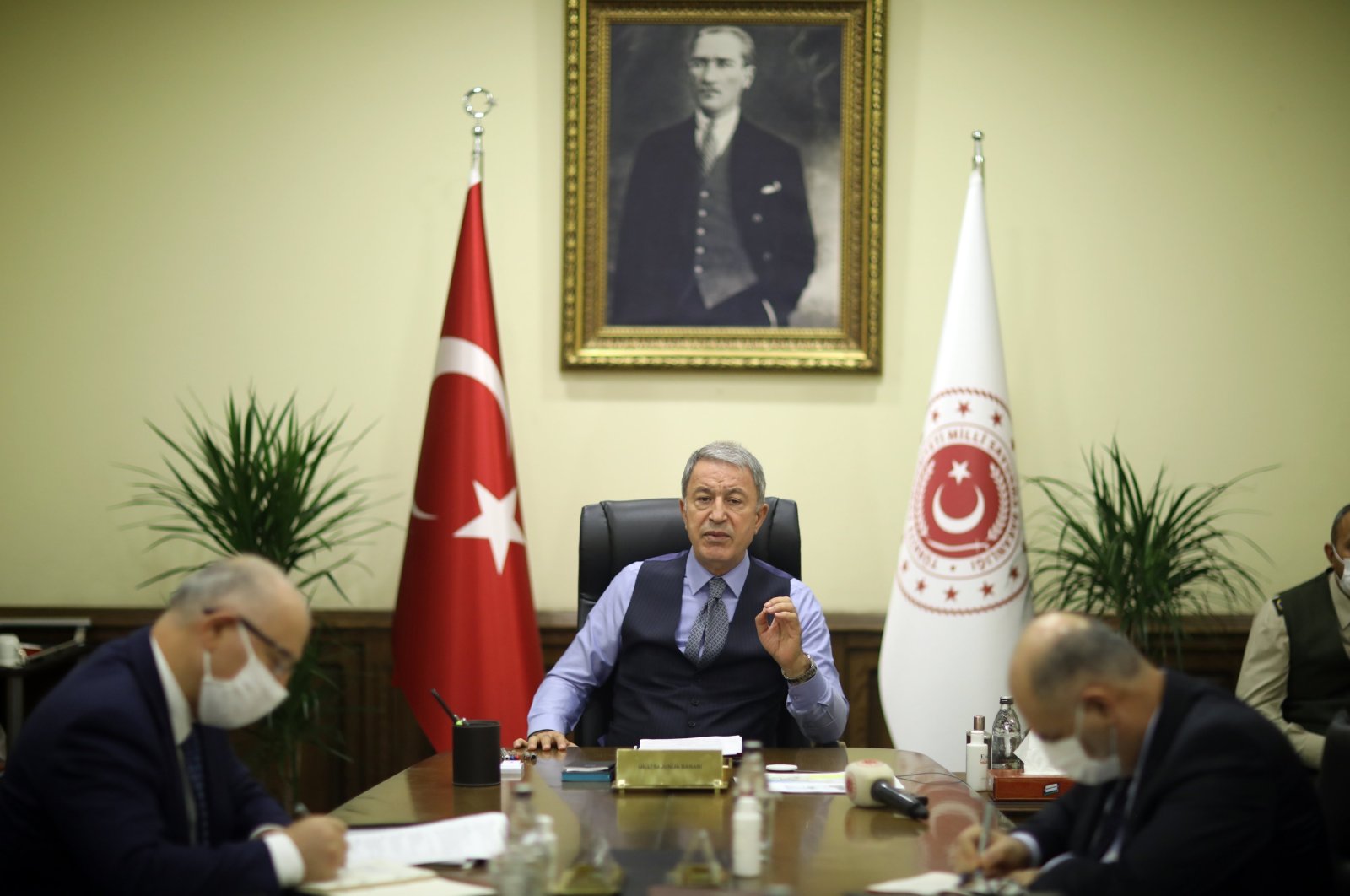 Turkey did not violate international law by supporting Azerbaijan in the recent conflict with Armenia over the Nagorno-Karabakh region, Russian President Vladimir Putin said Tuesday.

Baku was reclaiming its own territories and was within its rights to choose any advisers, including Turkey, Putin said in an interview with the Russia 24 news channel.

"Turkey's actions in the Karabakh issue may be qualified in whatever way, but it (Turkey) can't be accused of violating any international law," he said.

“We have a good cooperation experience with Turkey in the Middle East. In Syria’s Idlib region we organize joint patrols and convoys along the Syria-Turkey border together,” Putin pointed out.

“We have agreed upon establishing a joint center where drones will be used to observe the contact line, where we will get information and make analysis together,” Putin stated.

He pointed out that Turkey was a member of the Minsk Group on the Nagorno-Karabakh settlement from the very beginning but was never granted co-chair status.

Putin admitted that Russia and Turkey often have different positions but have been able to reach compromises through diplomacy.

Many countries, including European nations such as France and Germany, have fought many times in the past but it does not prevent them from cooperating today, and the same holds true for Russia and Turkey, he said.

Putin praised the U.S. and France for their role in the Nagorno-Karabakh settlement, saying the Minsk Group co-chairs have no reason to be offended over not being involved in the final agreements.

He said the countries were not included in the agreement since Karabakh would fall in a matter of hours and the situation demanded urgent action, leaving no time for additional consultations in the framework of the Minsk Group.

More than 1,000 people have been reported as dead in the six-week flare-up between Azerbaijan and neighboring Armenia.

New clashes erupted on Sept. 27, and the Armenian army continued its attacks on civilian and Azerbaijani forces for 44 days, even violating three humanitarian cease-fire agreements. Azerbaijan liberated several cities and nearly 300 of its settlements and villages from Armenian occupation in the past few weeks.

Following the Russian-brokered peace deal signed between Yerevan and Baku, Armenian residents in the occupied areas had until Nov. 15 to leave the area, but that date was extended by another 10 days on humanitarian grounds.

The Turkish Parliament on Tuesday approved the deployment of Turkish soldiers to Azerbaijan.

On Monday, the Turkish Presidency submitted a motion to Parliament on deploying troops to Azerbaijan for monitoring a cease-fire agreement over the Nagorno-Karabakh region.

The motion will establish a “Joint Center” in the Azerbaijani territories to observe the cease-fire that was agreed on. Turkey and Russia will jointly take part in the center as per Azerbaijan’s request.