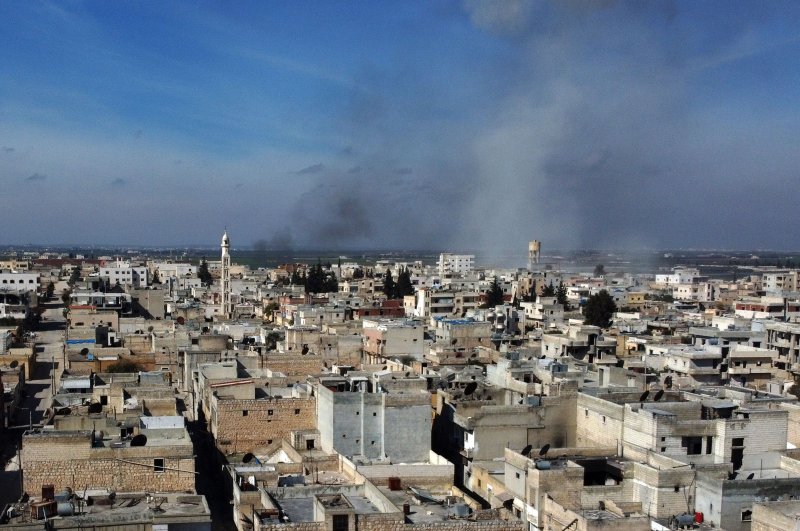 Smoke billows over the town of Saraqib in the eastern part of the Idlib province in northwestern Syria, following bombardment by Assad regime forces, on Feb. 27, 2020. (AFP Photo)
by Compiled from Wire Services Feb 27, 2020 4:30 pm
RECOMMENDED

Turkey and Russia are discussing opening Russian-controlled airspace in Syria's Idlib region for armed and unarmed drones, Defense Minister Hulusi Akar was quoted as saying Thursday, but he added that problems over the issue persisted.

Speaking to reporters in Parliament, Akar said Ankara was "hopeful" about ongoing talks between Turkish and Russian officials in Ankara over the northwestern Idlib region, where Turkey's military is backing the Syrian opposition against regime forces backed by Russia.

President Recep Tayyip Erdoğan had previously mentioned that access to airspace over Idlib was crucial for the Turkish military.

Akar also said he would speak with U.S. Secretary of Defense Mark Esper by telephone later on Thursday.