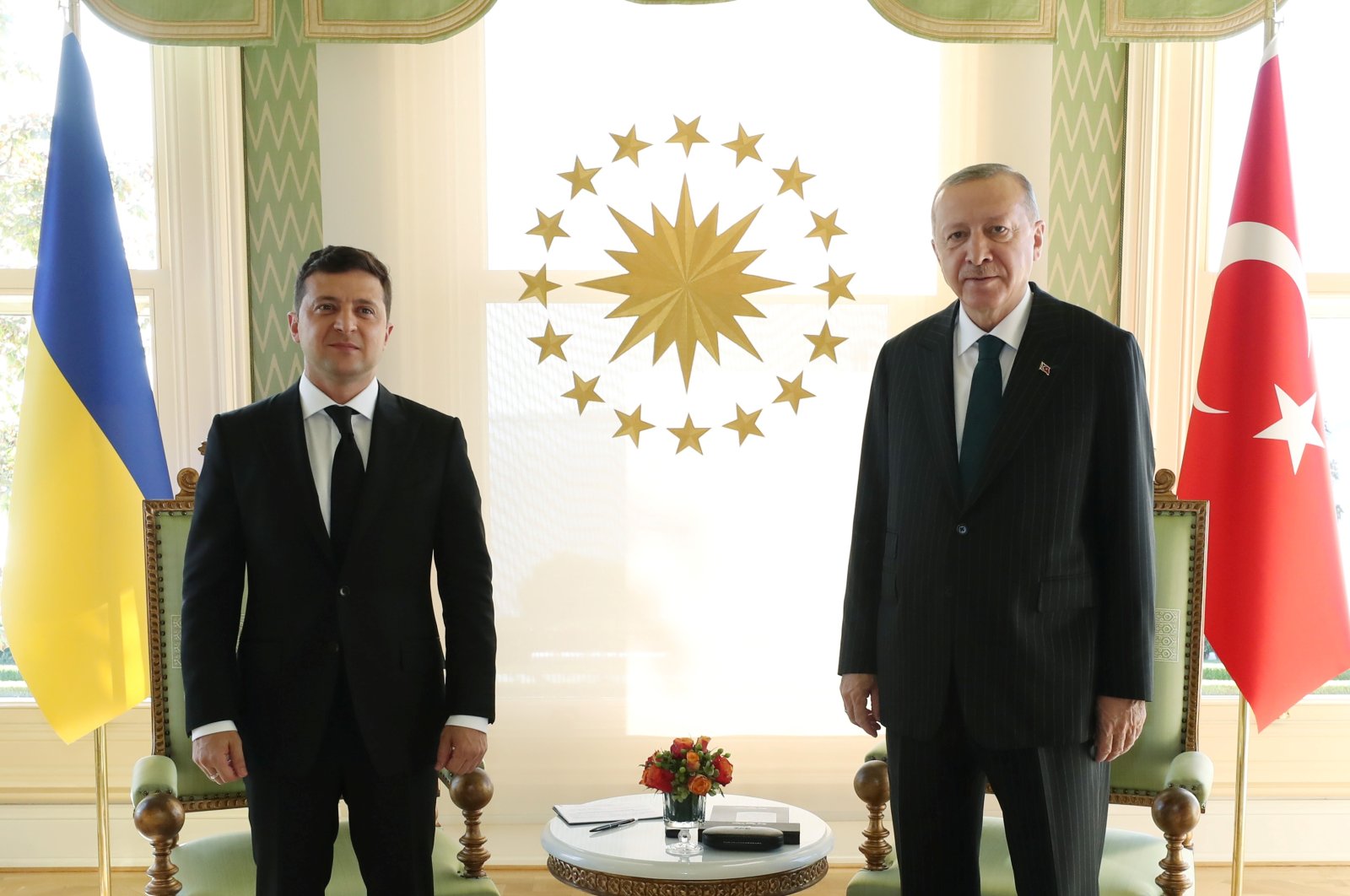 Turkey does not and never will recognize the illegal annexation of Crimea, President Recep Tayyip Erdoğan said Friday.

“We have and always will support Ukraine’s sovereignty and territorial integrity, including over Crimea," Erdoğan said during a joint press conference with his Ukrainian counterpart Volodymyr Zelenskiy in the capital Ankara.

Zelenskiy arrived in the Turkish capital to meet with Erdoğan to discuss matters ranging from defense and trade to bilateral, regional and international issues, including the ongoing Nagorno-Karabakh crisis.

"Turkey sees Ukraine as a key country for ensuring stability, security, peace and prosperity in our region," Erdoğan said.

Since then, Crimean Tatars have continued their struggle for Ukraine's territorial integrity against Russian occupation.

Crimea’s ethnic Tatars have faced persecution since Russia’s 2014 takeover of the peninsula, a situation Turkey has decried.

Turkey and the United States, as well as the United Nations General Assembly (UNGA), view the annexation as illegal.

The two countries signed military cooperation agreements on the sidelines of the visit, deepening their defense partnership, which has been enhanced over recent years.

Erdoğan and Zelenskiy oversaw the signing of a “goodwill” agreement concerning the defense industry and a “military framework agreement,” officials said, although details of the agreements were not immediately known.

Zelenskiy said the agreements paved the way for “new opportunities.”

“Cooperation in the defense industry is important for the development of our strategic partnership and I am happy that we are strengthening it today,” he said, speaking through an interpreter.

Zelenskiy stressed his country was ready to further enhance the strategic partnership with Turkey, adding that Friday's discussions had been productive.

Stressing the importance of Turkey's support for Ukraine's territorial integrity, he vowed to maintain efforts to release Ukrainian and Crimean Tatar political prisoners held by Russia.

He said Ukraine and Turkey would work closely in the U.N.'s 75th General Assembly to ensure the protection of human rights in illegally annexed Crimea, noting that the dispute in the Donbass region in eastern Ukraine could likewise only be resolved through political and diplomatic means.

Zelenskiy also presented Erdoğan with a state medal for his support for Ukraine’s territorial integrity.