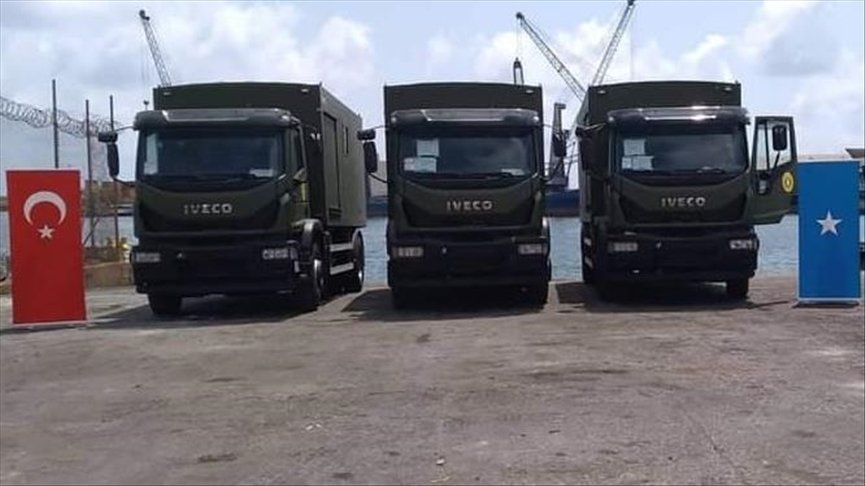 Turkey on Tuesday delivered a donation of military vehicles, including trucks and ambulances, to the Somali National Army (SNA) as part of Ankara’s support for the nation’s military.

Senior military officials received the donation after a ceremony at the Turkish Embassy in the capital of Mogadishu.

Officials from Turkey’s military mission, Turk-Som, also attended the ceremony and announced that Ankara will continue to support the SNA, the government and the people of Somalia.

Somalia’s elite military unit, the Gorgor commandos, will use the vehicles and the ambulances.

Turkey has been providing training and military assistance to Somalia’s military to help build that nation’s military capacity.

Turkey is the first country to train Somali female police commandos after the first batch of officers arrived in Mogadishu in September. They joined a special forces unit, Harmacad (Cheetah), after they underwent special training in Turkey.

The Gorgor and Harmacad elite units are fighting al-Shabab in Somalia.