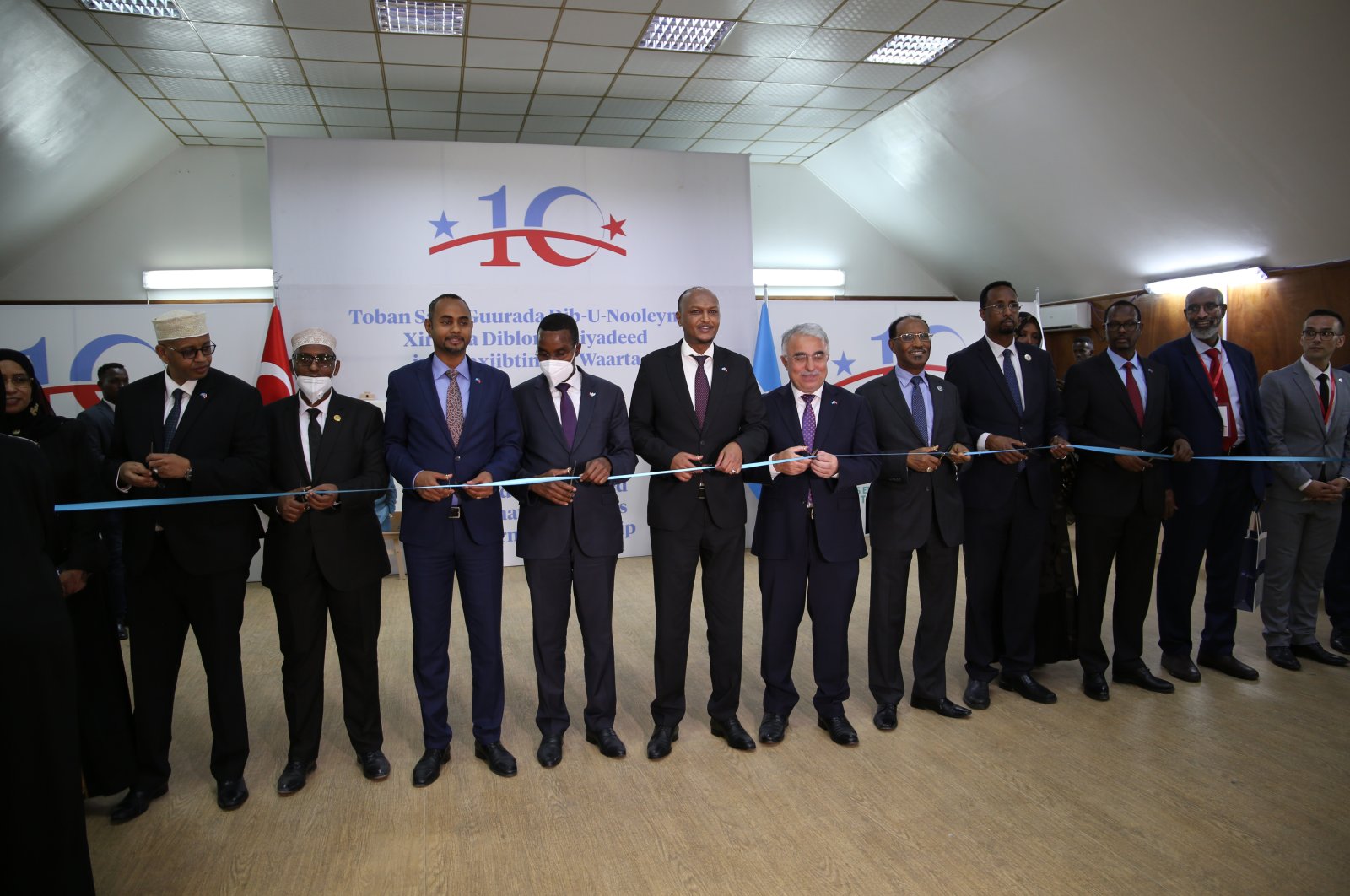 Guiled, senior government officials and Turkish Ambassador to Somalia Mehmet Yilmaz attended the ceremony to celebrate the 10-year anniversary in the capital Mogadishu.

"Today we are commemorating the 10th anniversary of brotherhood and friendship between Somalia and the Republic of Turkey. President (Recep Tayyip) Erdoğan visited Somalia on Aug. 19, 2011, at that time Somalia was in need because of dire famine and severe drought," said Information Minister Osman Dubbe.

Guiled said friendship and brotherly relations have achieved solid gains in the state-building process in Somalia.

"(In) the 10 years of brotherly relationship between Somalia and Turkey, tangible progress has been achieved including education, health, business relationship, economic development, bilateral relations (and the) rebuilding of Somali national army and diplomacy," he said.

Most of the government revenue comes from the Mogadishu airport and port, which Turkey contributed greatly to reviving, according to Somali Finance Minister Abdirahman Duale Beileh. "President @RTErdogan's historic visit to #Mogadishu ten years ago today, has been a source of inspiration for the whole world and raised #Somalia's hopes," the Turkish Foreign Ministry said in a tweet. "We will continue to stand by friendly and brotherly #Somalia."

Turkish-Somali relations have experienced great success over the years and as part of their strategy of cooperation, Turkey has trained nearly one-third of the Somali military forces.

Turkey has built schools, hospitals and infrastructure and has provided Somalis with scholarships to study in Turkey.

The foundation was created in cooperation with the Ministry of National Education to provide educational services abroad and now runs schools that used to belong to FETÖ, the terrorist group behind the July 2016 coup attempt in Turkey.