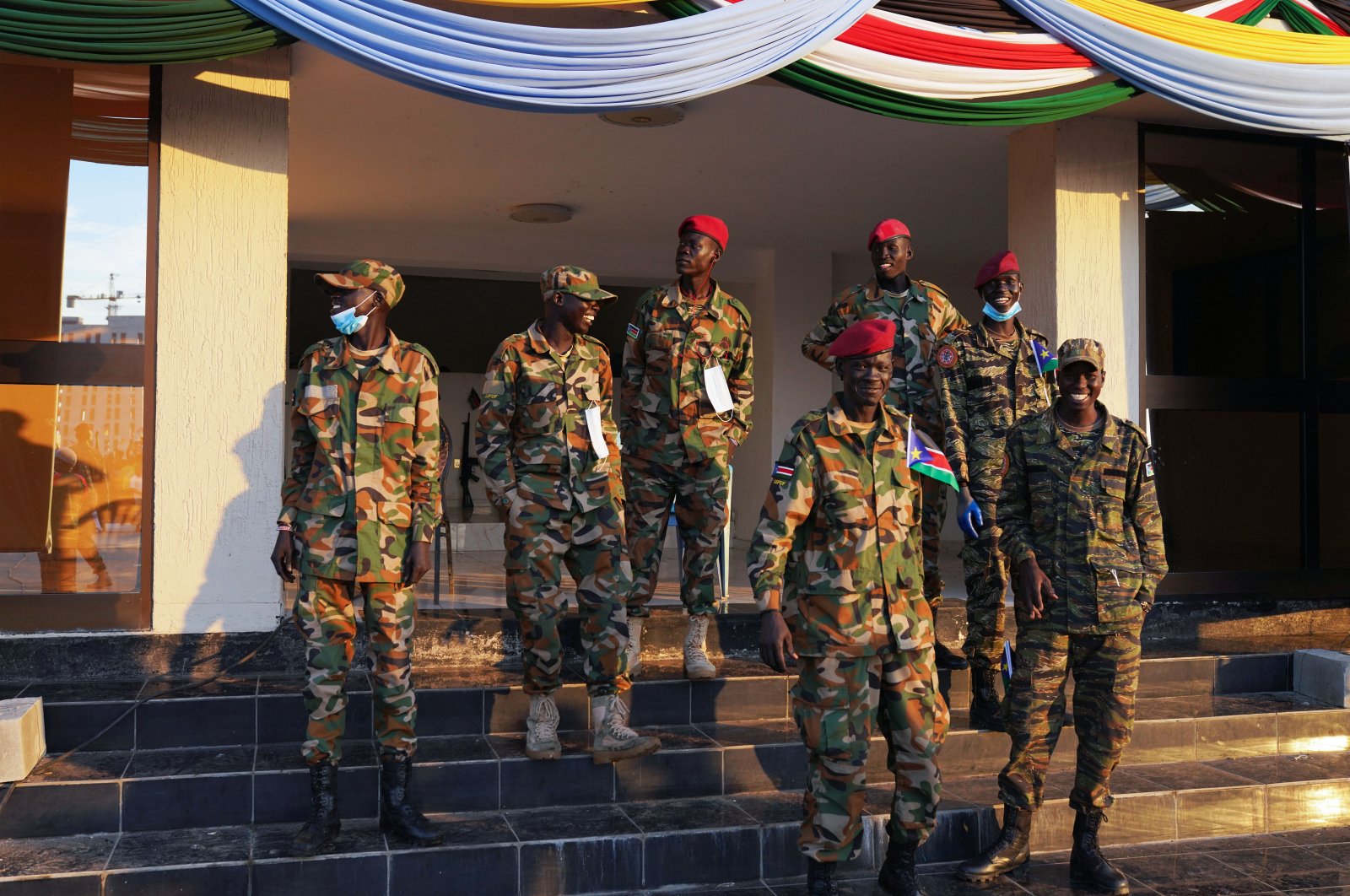 The Turkish government is donating more than 73,000 army uniforms to South Sudan to help encourage stability during the nation's transitional period, said the Turkish envoy to the country, Erdem Mutaf, on Wednesday.

After speaking with Tut Galuak, the presidential security adviser, Mutaf told reporters that they discussed "the Turkish government's decision to donate more than 73,000 army uniforms for the use of unified forces in South Sudan," at the government's request.

"This donation would be an important step for us to contribute to the efficient implementation of the revitalized peace agreement with respect to the formation of unified forces," he said.

"We received the needs list of unified forces some time ago, we transmitted it to the relevant ministries through the Turkish Foreign Ministry," he added.

Mutaf also said that Turkey donated over 32 tons of food to South Sudan over the last two years, adding that the Turkish government will continue to support the country's peace process.

Under a 2018 peace deal, the nation is supposed to train and graduate a unified force of 83,000 personnel to take charge of security during the transitional period until 2023, when elections are set to be held.

The unification of the army has been delayed amid missed deadlines.

The process has also been hampered by economic hardships in the country due to more than six years of conflict, which broke out in December 2013.

On Tuesday, South Sudan's defense minister said that Turkey has agreed to strengthen and support the unification of forces after years of conflict in South Sudan.

Talking to Anadolu Agency (AA), Minister for Defense and Veterans Affairs Angelina Teny, who came back from Turkey on Sunday after her visit, said her Turkish counterpart had agreed to support them in the training of forces slated for unification.

"We have discussed the possibility of support for South Sudan, which is in the process of implementing Chapter 2 of the peace agreement – the unification of forces – and support for the transformation of our army."

"We have had a very fruitful discussion that would ensure a good future for South Sudan, a future that would help us transit to proper democracy," said Teny.

She emphasized that the Turkish government has pledged to support the security sector of South Sudan, adding she will visit Turkey again this month to finalize the draft of military cooperation.

"We met with the (Turkish) minister of defense and discussed the possibility of working together. We will have another visit this month to discuss the possibility of cooperation, especially on military industry and production," said Teny.