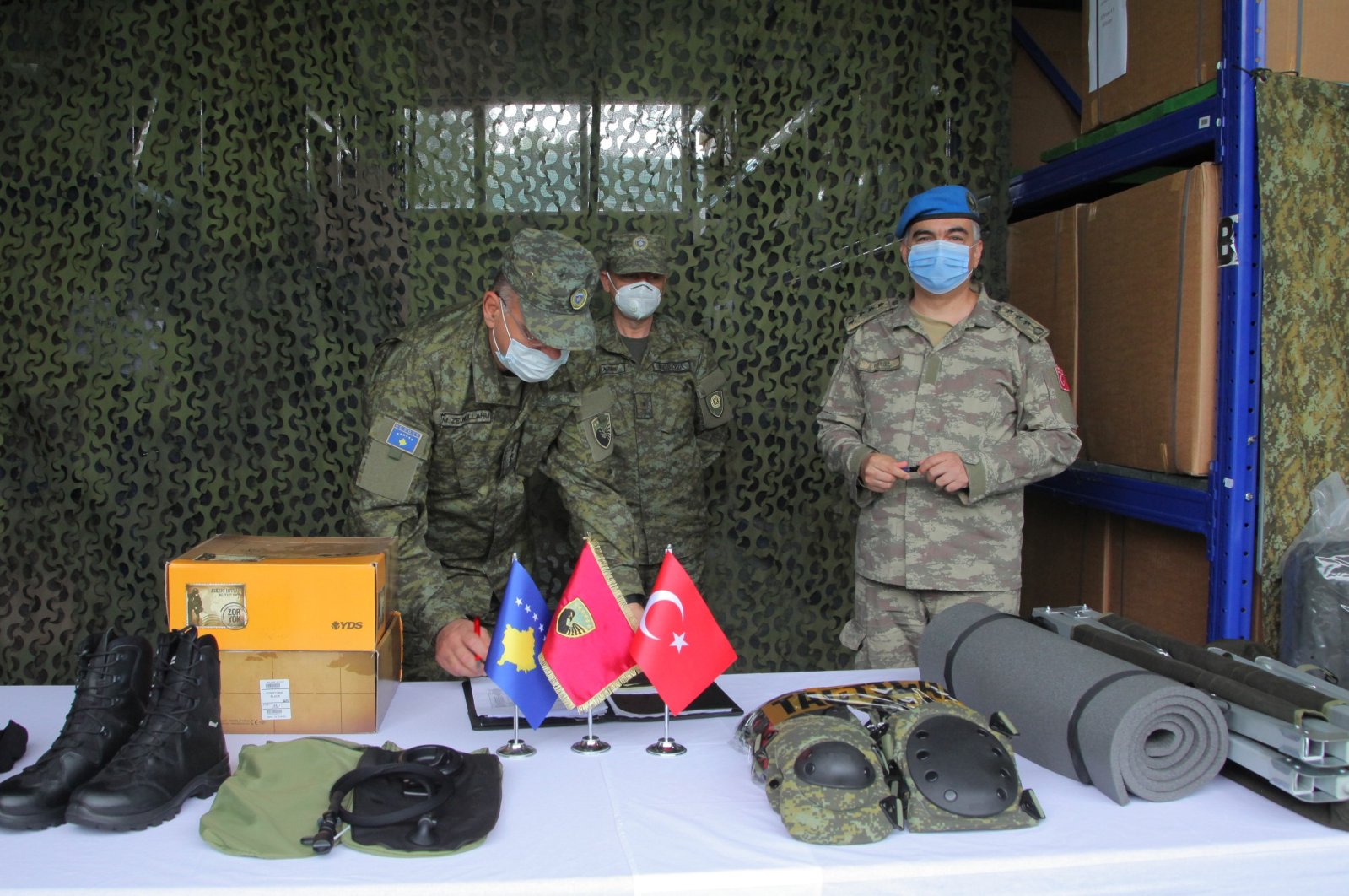 Turkey provided the Kosovo Security Force with $743,000 (TL 5.4 million) worth of donations, including military uniforms, beds and technical equipment.

The initiation ceremony of the donation took place at the Adem Jashari barracks in the capital Pristina on Monday, the Kosovan Defense Ministry said in a statement.

The military attache of Turkey's Pristina embassy, Col. İsmail Cenkeri Ersöz, participated in the ceremony alongside other military officials.

Turkey also recently provided the Balkan country with medical aid to fight COVID-19, strengthening the bonds between the two nations.

Kosovo's President Hashim Thaci on March 19 sought help from Turkey to mitigate the spread of the coronavirus.

Following the request, the two countries signed an agreement, making the aid delivery official. Under the deal, Turkey provided an ambulance to the Municipality of Mamusa in Kosovo for use in primary health services. The equipped vehicle was "granted to the government of the Republic of Kosovo as a gesture of friendship and goodwill."