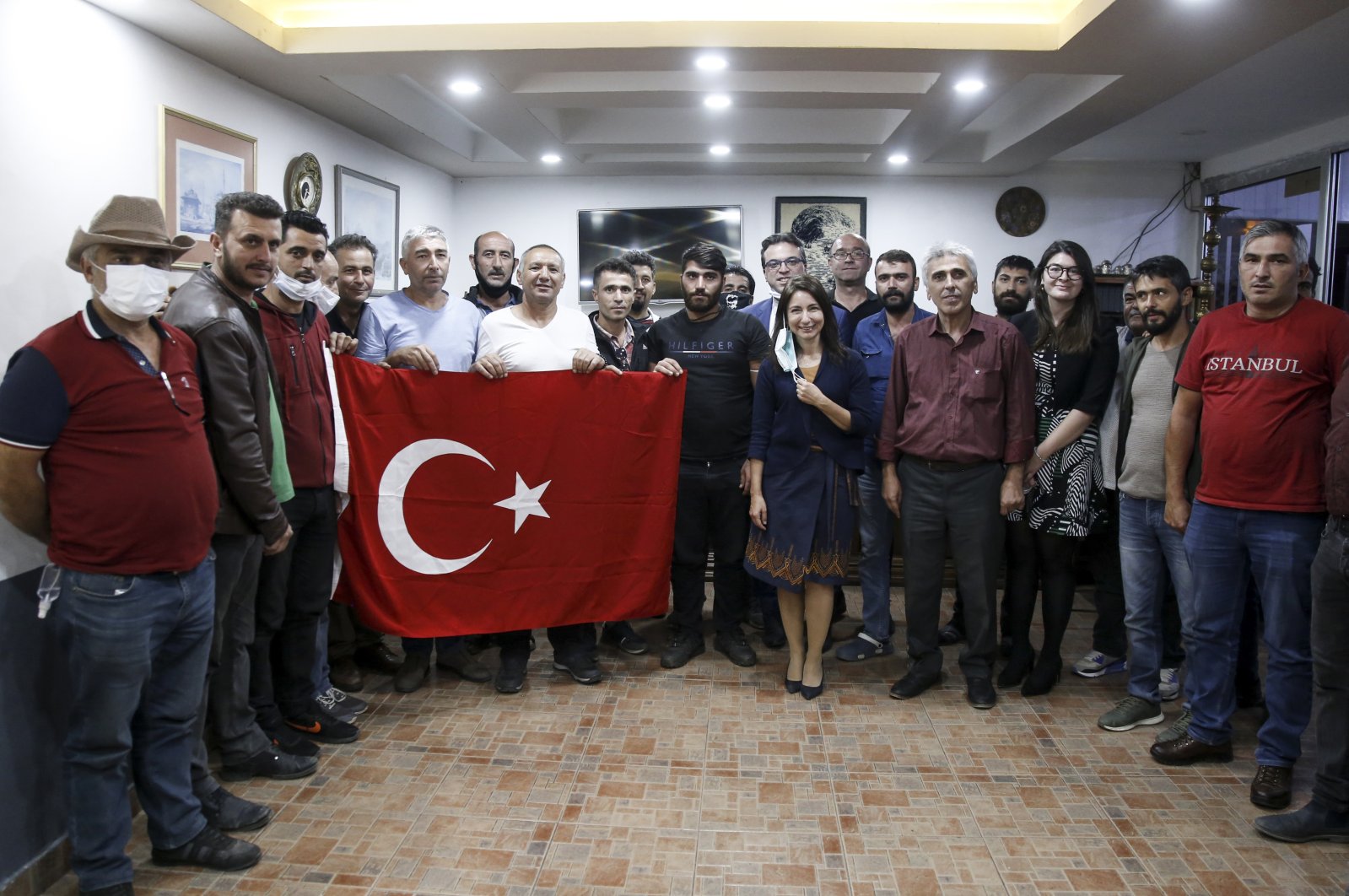 Turkish nationals stuck in Ethiopia's northern Tigray region pose for a photo with Ambassador Yaprak Alp (center) at a restaurant in Addis Ababa on Wednesday, Nov. 18, 2020 (AA Photo)
by DAILY SABAH WITH AA
Nov 19, 2020 10:44 am

"We brought our citizens, who were caught between the conflicts in the Tigray region of Ethiopia, to Addis Ababa with our intensive initiatives," Çavuşoğlu wrote on Twitter.

Çavuşoğlu added that the Turks will soon reunite with their families in Turkey.

Their evacuation was made possible through two complex operations and was a timely rescue after being confined in Tigray for over two weeks.

Ethiopia launched what it described as a law enforcement operation Nov. 4 in Tigray after forces of the Tigray People's Liberation Front (TPLF) attacked the northern command of the Ethiopian army.

The Ethiopian National Defense Forces (ENDF) are said to be on the march toward the regional capital Mekele after liberating many districts.

The conflict has killed hundreds, sent 30,000 refugees into neighboring Sudan, and called into question whether Africa's youngest leader Abiy Ahmed can hold together the fractious ethnic groups in Africa's second-most populous nation ahead of national elections next year.

The conflict has also embroiled Ethiopia's neighbors. The TPLF fired rockets at neighboring Eritrea last weekend, while many refugees fled to Sudan.

"We found out that there were around 20 Turkish citizens in Tigray at the beginning of the conflict two weeks ago. We worked day and night to get them to safety," Alp told Anadolu Agency (AA).

"We wanted to get through to them, to find out how they were and to inform their families. However, with the almost nonexistent connectivity, we could not get in touch with them," she said, referring to a communication blackout in the region.

"Through the help of our friends in the Ethiopian government and thanks to the fruitful conversation last week between the foreign ministers and the deputy foreign ministers of Turkey and Ethiopia and the work of my embassy and staff in cooperation within Addis Ababa, we were able to safely evacuate them," she said.

The envoy noted that the Turkish evacuees came in two groups from two different parts of Tigray.

"Turkey has deep-rooted bonds with Ethiopia, and we share historical relations with them. Turkey is heavily invested in the prosperity of Ethiopia," Alp underlined.

One of the evacuees, Yener Sevim, works in Mekele, where he has lived for seven years.

He told AA that he and his fellow countrymen made it safely out of the restive region.

"Over the past 15 days, there were issues in Mekele with electricity, internet and phone connectivity as well as withdrawing money from banks," Sevim said.

"We are all looking forward to seeing our families. We have missed them dearly and know they have worried constantly about us. We want to thank everyone who helped us reach Addis Ababa. Coming back here, I can truly see the effort that was put into our evacuation. I want to thank everyone from the bottom of my heart," he added.