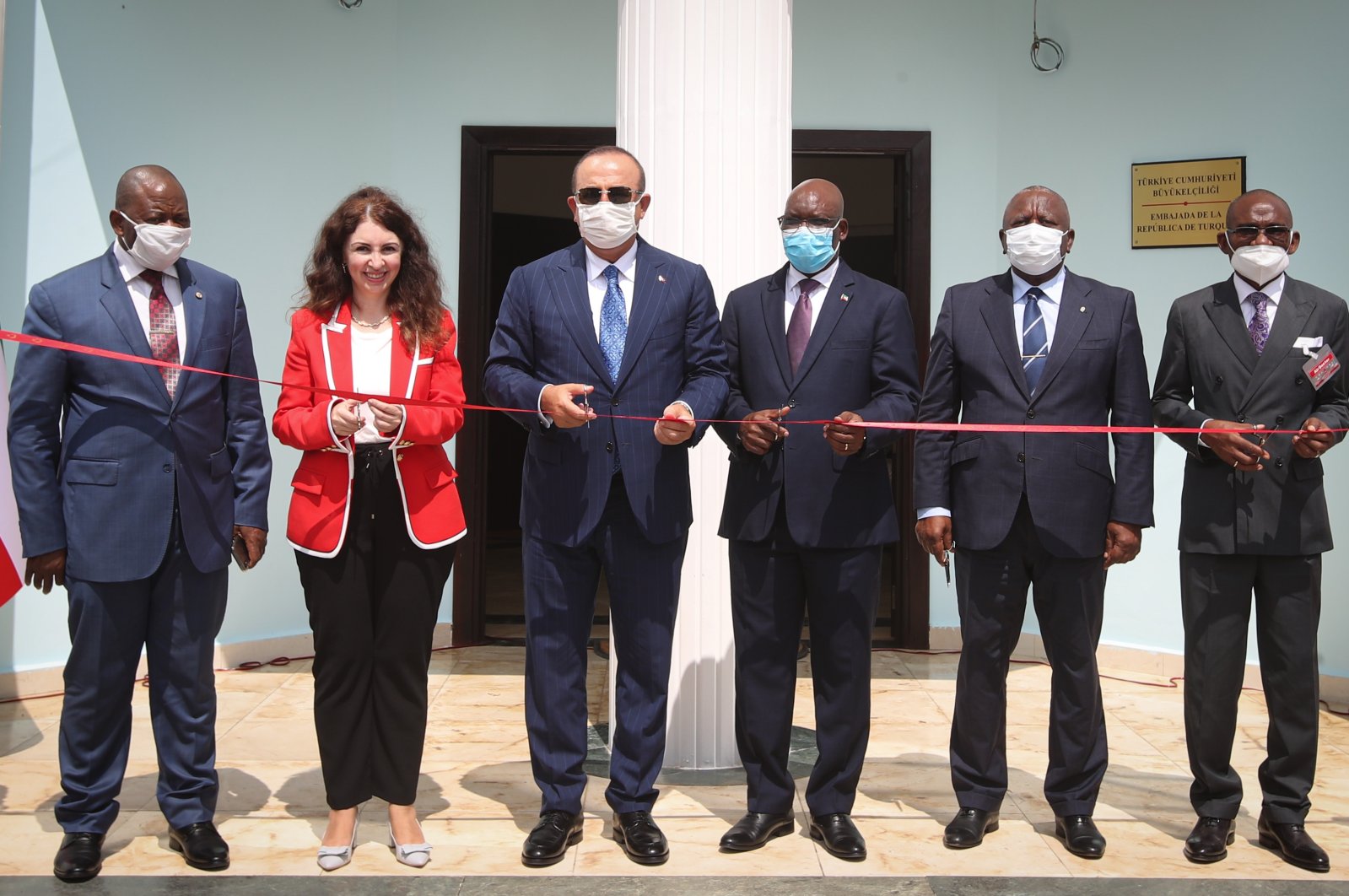 Speaking at the event, Çavuşoğlu said that he was pleased to be the first Turkish foreign minister to pay an official visit to the Central African nation. Diplomatic relations between Ankara and Malabo were established in the 1980s.

Çavuşoğlu said: "Especially with the friendship between President Teodoro Obiang Nguema Mbasogo and our President Recep Tayyip Erdoğan, our relations have progressed and developed rapidly over the last three, four years."

"We have visited two other countries in West Africa before arriving at Malabo. First Togo, then Niger. We have signed a total of nine agreements, two of them yesterday in Malabo," he said.

"In fact, these agreements are an indication of our desire to improve our relations with the African Union at all levels," he added.

After the ceremony, Çavuşoğlu met with Equatorial Guinea's President Mbasogo.

Under President Erdoğan's leadership, Turkey has pursued an unprecedented amount of policies designed to secure win-win deals with African nations.

Turkey has shifted from a single-dimensional foreign policy shaped for decades by its relations with the West and Cold War politics to a more diversified, multidimensional and independent foreign policy.

Turkey's opening up to Africa, which dates back to an action plan adopted in 1998, took shape in 2005, which was declared the “Year of Africa” by Ankara. Turkey was accorded observer status by the African Union (AU) the same year. In a reciprocal move, the AU declared Turkey its strategic partner in 2008, and relations between Africa and Turkey gained momentum when the first Turkey-Africa Cooperation Summit was held that year in the Turkish commercial capital Istanbul with the participation of representatives from 50 African countries.

As part of the country's cooperation with Africa, Ankara has donated millions of dollars for infrastructure development on the continent and sponsored hundreds of African students. Turkey's presence is felt across the continent, where a number of Turkish organizations, including TIKA, the Maarif Foundation and the Yunus Emre Institute, operate.

The Turkish Embassy in Malabo was launched on June 1, 2018, while the country's first embassy in Equatorial Guinea was opened in Ankara in December 2018, according to the Foreign Ministry. There are currently 42 Turkish embassies in African countries.