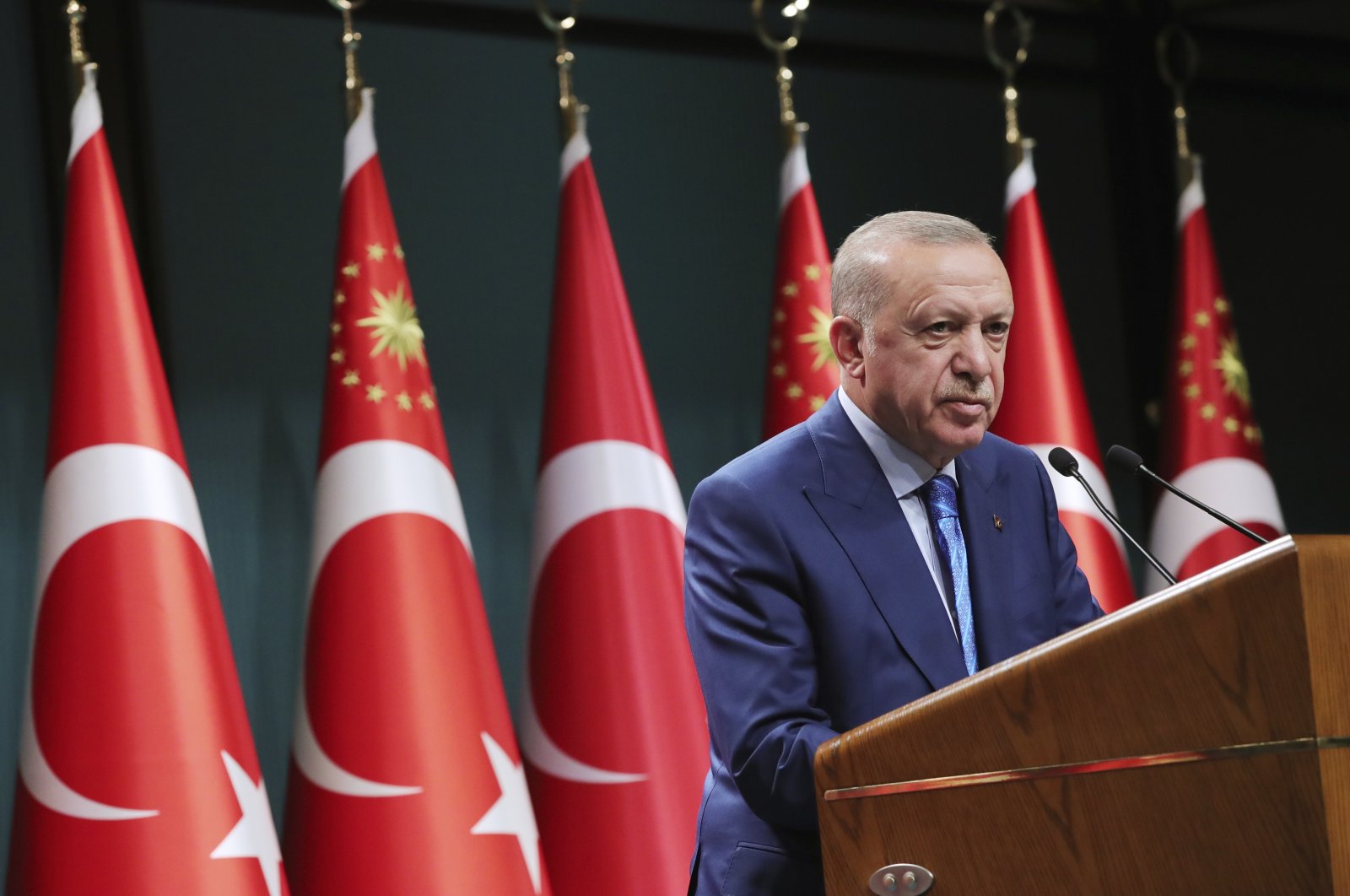 President Recep Tayyip Erdoğan said Turkey expects Greece to respect its rights and interests and to avoid unilateral actions and attempts at fait accompli as he said Ankara wants the Aegean region to be a hub of friendly relations.

The president was speaking at a symposium organized jointly by the Dokuz Eylül and Başkent universities to mark the anniversary of the Great Offensive against occupying Greek forces in 1922.

Noting that Ankara expects Athens to respect Turkey's rights, Erdoğan said he believes the two countries can find solutions based on justice, cooperation and neighborly relations.

"Rather than passing down a bunch of problems to our children, we would like to ensure that we give them a more stable, peaceful and secure future," the president said.

Touching upon the importance of the Aegean Sea, Erdoğan said the area has made headlines for humanitarian crises rather than being a symbol of cooperation and peace. He was referring to the migrant crisis, as thousands of irregular migrants attempt to cross the Aegean Sea to reach Europe.

"Turkey has been left alone in its extraordinary struggle to prevent irregular migration from Syria," Erdoğan said, adding that Greece has expedited its maximalist policies in the area rather than contributing to Turkey's efforts. He continued by criticizing Athens for wasting the "historical" opportunity to strengthen bilateral relations by cooperating with Ankara in the face of the migrant crisis.

Erdoğan also noted that Turkey wants the Aegean to be an area of friendship and has always acted calmly in the face of Greek provocations, including the violation of the demilitarized status of the Aegean islands and issuing Navtex.

“We will find solutions based on fairness, justice and cooperation with Greece, observing neighborhood ties,” he added.

Defense Minister Hulusi Akar also spoke at the same event, saying that Greece “should not forget the heavy price they paid a century ago, and refrain from new adventures that would end in disappointment.”

Akar noted that the issue of irregular migration and illegal pushbacks by the Greek coast guard has been added to the already long list of problems with Greece, including disagreements on the continental shelf, air space, the violation of demilitarized islands, violations of Turkey's and the Turkish Republic of Northern Cyprus' rights in the Eastern Mediterranean, restricting the rights of Turks living in Western Thrace, support for terrorist groups, as well as provocative activities.

He said Greek authorities have been insisting on using aggressive rhetoric as Turkey tries to find solutions to these problems under the framework of international law, logic and neighborly relations.

Pushbacks are considered contrary to international refugee protection agreements, which say people should not be expelled or returned to a country where their life and safety might be in danger due to their race, religion, nationality or membership to a social or political group.

Turkish drilling procedures in the Eastern Mediterranean fall under two categories: licensed areas issued by the Turkish Republic of Northern Cyprus (TRNC) to Turkey and the licensed areas that are issued by Turkey to the Turkish Petroleum Corporation (TPAO) – Turkey's national oil company.

The areas fall entirely within the Turkish continental shelf registered with the U.N. and in permit licenses that the Turkish government in previous years granted to the TPAO.

In November 2019, Turkey and Libya signed a maritime delimitation deal that provided a legal framework to prevent any fait accompli by regional states. Accordingly, the attempts by the Greek government to appropriate huge parts of Libya’s continental shelf, when a political crisis hit the North African country in 2011, were averted.

In January, Turkey and Greece launched the first direct exploratory talks in nearly five years to address their disputes related to sovereignty rights in the Eastern Mediterranean.