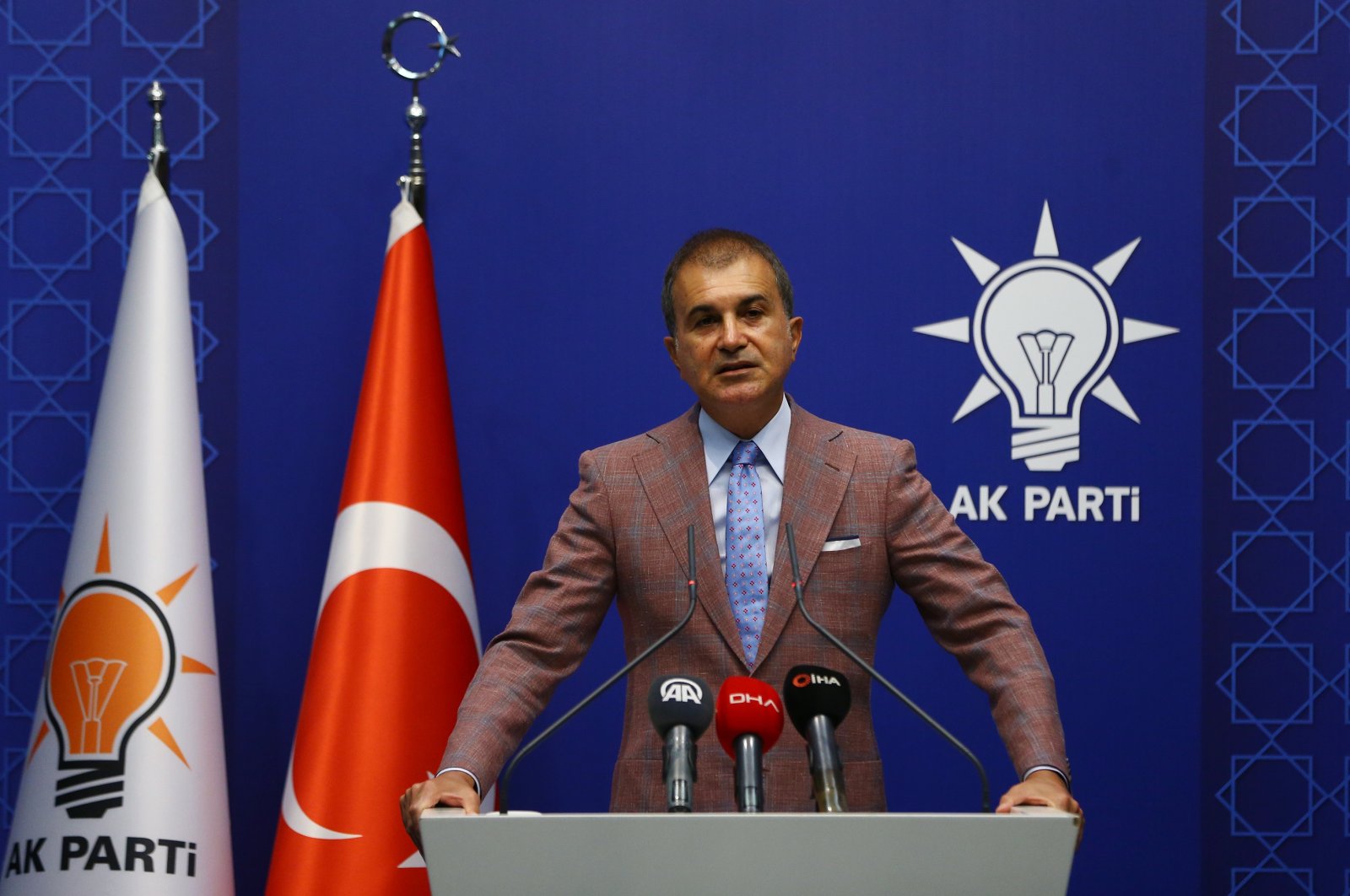 The ruling Justice and Development Party (AK Party) spokesperson Ömer Çelik speaks after a Central Decision and Executive Board meeting at party headquarters in the capital Ankara, Sept. 22, 2020. (AA Photo)
by DAILY SABAH WITH AA Sep 23, 2020 10:24 am
RECOMMENDED

Turkey expects the United States to return to its position of neutrality in the Eastern Mediterranean, the ruling Justice and Development Party (AK Party) spokesperson Ömer Çelik said late Tuesday.

“We think that taking steps that damage the neutrality position of the U.S. will not benefit the peace in the region,” he said after a Central Decision and Executive Board meeting at party headquarters in the capital Ankara.

In recent weeks, the U.S. has lifted an arms embargo imposed on the Greek Cypriot administration since 1987 and included the country in a military training program. Following these developments, the U.S. Secretary of State Mike Pompeo visited the Greek side of the island and gave messages encouraging cooperation.

Turkey is ready for talks with Greece amid ongoing tension in the Eastern Mediterranean, Çelik also said.

"There is no problem for Turkey beginning negotiations ... If someone brings their maximalist demands to the table and says 'give up your own rights and interests,' there will be no negotiations," Çelik added, referring to Greek demands to date.

He stressed that Turkey favors "negotiation and diplomacy" but without conditions.

"We are a deep-rooted state that feels responsible for regional peace, and we act with this responsibility," he added.

Çelik also accused France of acting to protect "special interests" instead of contributing to regional peace in the Eastern Mediterranean, where tensions have recently escalated over the issue of energy exploration.

Greece has disputed Turkey's right to conduct energy exploration in the region, trying to box in Turkish maritime territory based on small islands near the Turkish coast.

Turkey – the country with the longest coastline on the Eastern Mediterranean – has sent out drillships to explore for energy on its continental shelf, saying that both Turkey and the Turkish Republic of Northern Cyprus (TRNC) have rights to the natural resources in the region.

Just hours after Çelik’s remarks, the Greek Foreign Ministry said that exploratory talks between Turkey and Greece will start soon.

"Greece and Turkey agreed to hold the 61st round of exploratory talks in Istanbul soon," said the ministry in a statement.

On an Azerbaijani soldier killed Monday in an Armenian attack, Çelik warned Yerevan, saying such offensives are "unacceptable" for Turkey.

"Armenia should know that it is playing with fire," he added.

"Armenia, which occupied Upper Karabakh unlawfully and unjustly, is carrying out these attacks in the Tovuz region," he said.

Çelik accused Armenia of being "the focal point of the instability and activities causing turmoil in the region."

"Turkey unconditionally stands with Azerbaijan and its Azerbaijani brothers," he said. "Our brother who was martyred in Azerbaijan is also our martyr."

On Monday, an Azerbaijani soldier was killed in a cross-border attack by Armenian forces.

Four U.N. Security Council (UNSC) and two U.N. General Assembly (UNGA) resolutions as well as decisions by many international organizations refer to this fact and demand the withdrawal of the occupying Armenian forces from Nagorno-Karabakh and seven other occupied regions of Azerbaijan.